Cambodia Will Not Sue the Wall Street Journal; We Fight Fake News by Publishing the Truth: Government Spokesman

Speaking at the press conference held on Thursday morning at the Council of Ministers, Siphan stated that: “Cambodia will not sue WSJ. We will just publish the truth through our local medias [to counter fake news].”

The statement came after foreign medias, including VOA and Wall Street Journal, published a fabricated reports, baselessly accusing the kingdom of signing secret deal with China over the use of military base at the kingdom’s coastal province.

“It was the worst fabricated news against us. No such thing happens. Foreign military base is against Cambodia’s constitution,” Prime Minister told Fresh News CEO Lim Chea Vutha in an interview.

“We have never discussed such matter [setting up foreign military base] with Beijing, let alone an agreement reached,” he clarified.
The premier also urged that. “It’s time to stop using distorted news about China’s military presence in Cambodia against us.”

A Chinese Defense Ministry spokesperson Wu Qian denounced a fake news published by the Wall Street Journal “It [Saying China is building Chinese military base in Cambodia] is a fake news and fabricated reports. China and Cambodia only have cooperation on military trainings and logistic supports and that such bilateral cooperation does not target any third country,” Wu Qian addressed to the press.

A Chinese Foreign Ministry spokesperson Geng Shuang told the US’s medias not to over-interpret the good cooperation of China-Cambodia.

“As traditional friendly neighbors, China and Cambodia have conducted cooperation across the board. Our cooperation is open, transparent, equal, and mutually beneficial. We hope this will not be over-interpreted,” Geng stated.
=FRESH NEWS 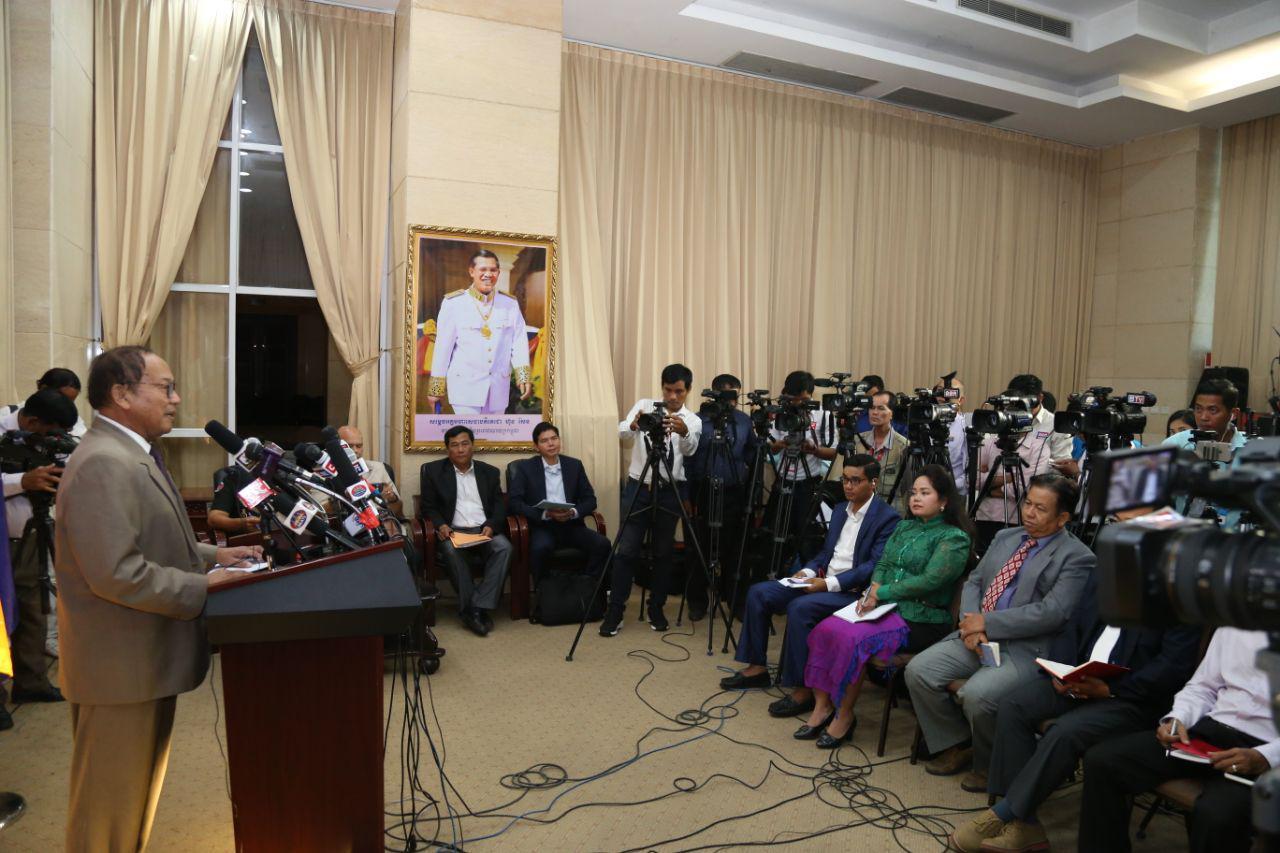