“I would like to express my appreciation and thanks to US Secretary of State HE Mike Pompeo for providing justice to the Royal Government of Cambodia, headed by Samdech Techo Hun Sen, who has always dedicated his life and sacrifice everything to defense the nation and sovereignty and put efforts to indiscriminately befriend every nation in the world and not interfere in their internal affairs,” Phay Siphan wrote on his Facebook on 2 August 2019.

Speaking at a press availability after the US-ASEAN Ministerial meeting in Bangkok on Thursday, 1 August, Mike Pompeo stated that, “Cambodia refuted reports that it is allowing a Chinese military installation to be built on its territory. The United States welcomes Cambodia’s strong defense of its national sovereignty, and we encourage other nations in the region to follow Cambodia’s lead in protecting it.”

Article 53 of the Cambodian Constitution stipulates that the Kingdom of Cambodia shall not permit any foreign military base on its territory and shall not have its own military base abroad, except within the framework of a United Nations' request.

Cambodian defense spokesperson Chhum Socheat led a big group of 73 journalists to conduct fact-finding mission to the kingdom’s Ream Naval Base on 26 July 2019.

“What the western media published was politically motivated and a falsified truth about Cambodia,” they said.
=FRESH NEWS 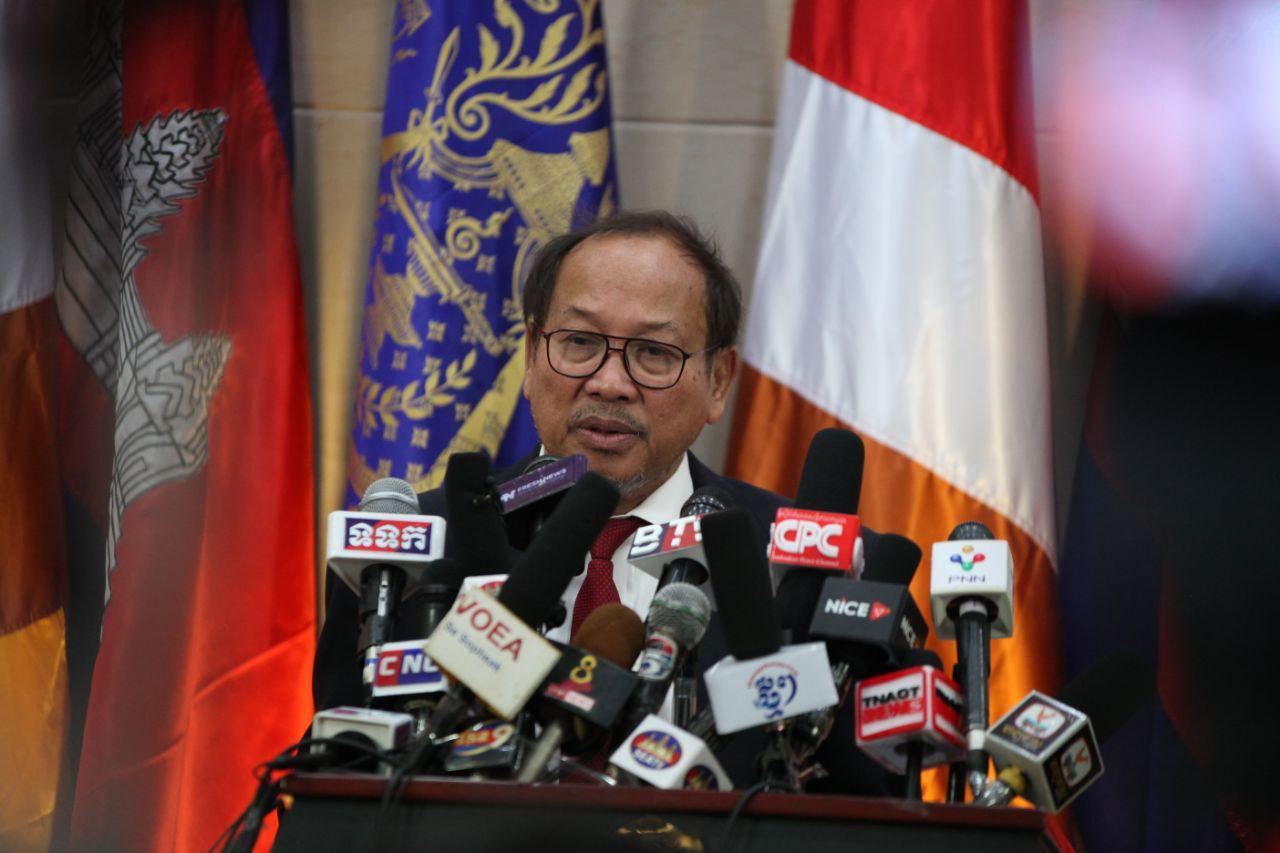