Phnom Penh (FN), Aug. 2 - Following the nomination by the United Nations Secretary-General António Guterres, and the approval by the Supreme Council of the Magistracy, His Majesty the King Norodom Sihamoni has appointed Ms. Maureen Harding Clark (Ireland) as an international judge of the Supreme Court Chamber of the Extraordinary Chamber in the Courts of Cambodia (ECCC), according to the press release dated Friday. 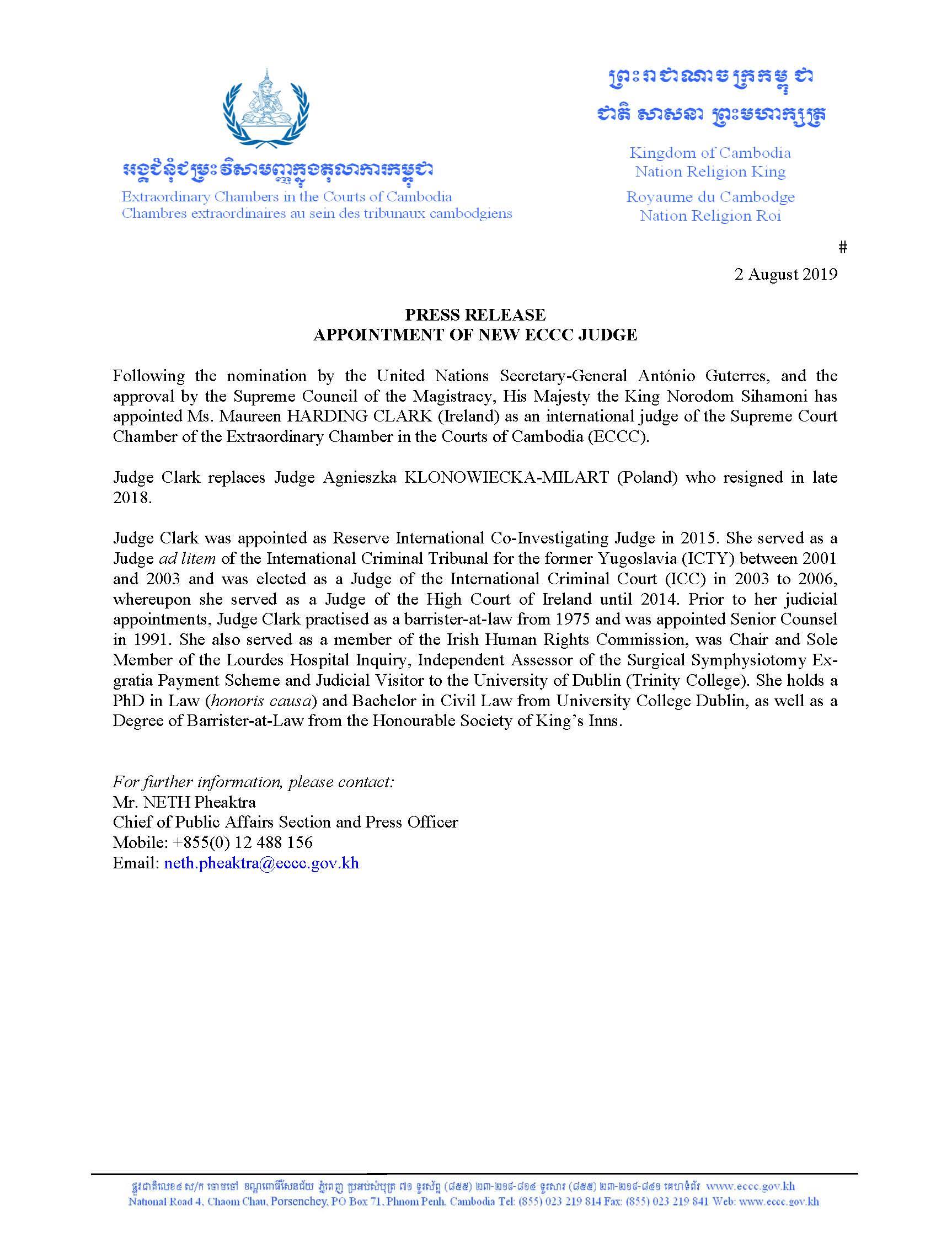