Phnom Penh (FN), Aug. 7 - Cambodian Minister of Interior Sar Kheng announced on Wednesday that the figures for the population census of Cambodia totaled at 15,288,489, of which 7,418,577 are male and 7,869,912 are female, speaking at the provisional total for general populations at the Phnom Penh Hotel.

According to the figures, experts of the population census said that the growth rate declined as expected.

Cambodia's annual growth rate over the last decade has been found to be only 1.0 percent higher than the average growth rate in Southeast Asia.
=FRESH NEWS 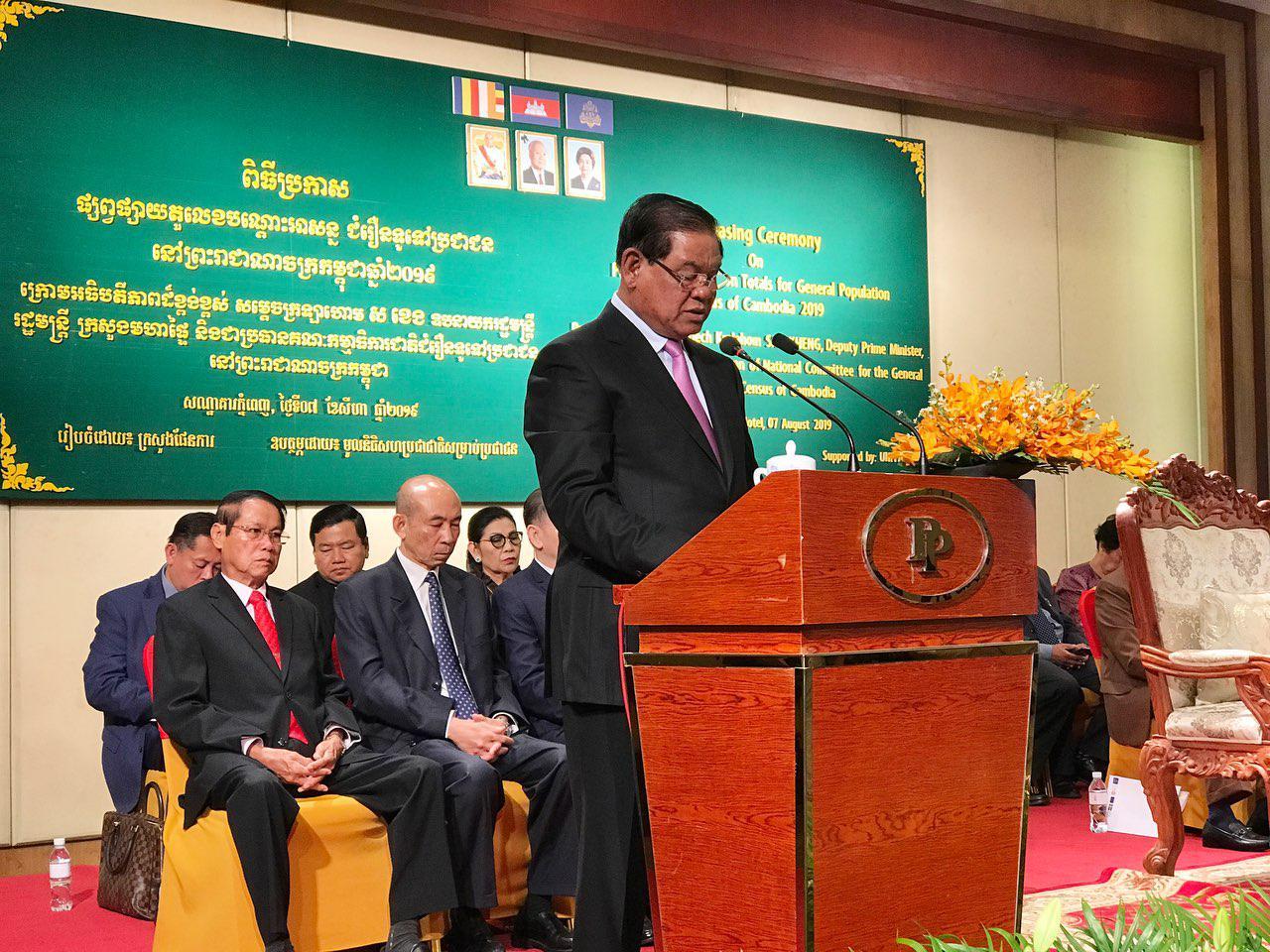