Phnom Penh (FN), Aug. 8 - Over the past years, especially since the July 2013 General Election up until now, the viewpoint and mindset of the overwhelming majority of Cambodian people always consider the term "US Embassy = Opposition Boss" "US Embassy = Headquarter to Topple the Government of Prime Minister Hun Sen".

This is the Reality that the US Embassy and US State Department Officials must courageously admit for consideration because I think that the good or bad Cambodia-US relation now depends very much on the new US Ambassador.

While congratulating Mr. Patrick Murphy who will be on diplomatic mission to Cambodia soon, I have also done some researches on multiple websites and found out that he is an experienced diplomat and especially an expert in Southeast Asian affairs. Therefore, I have no doubt that he is well and deeply aware of Cambodia’s both bitter and sweet situation and experiences in the past and at present time, especially he must exactly know what the general population in this country is really in dire need. Thus, my first message to the new US Ambassador to consider is:

1) As what is always said by most people, "Let bygone be bygone" meaning that let the old stuff passes and start to think of new things.

2) I'm also glad when reading an article published by a foreign online newspaper quoted Mr. Murphy’s statement that he would seek to increase up to $3.5 billion dollars in annual trade between Cambodia and the U.S. as well as to strengthen the ties between the American communities and people in Cambodia.

I as well as other Cambodian people strongly hope that he would establish a good relationship between the two countries as an equal partner and will not follow the same footsteps embarked upon by the previous US Ambassadors because what he said that he plans to do is the proper and practical work to restore the trust that has been lost almost completely among the Cambodian people, especially in the eyes of the Phnom Penh Government that is ruling and running this country: «Confidence building measures to restore the lowest trust in the relationship between Cambodia and USA is an Imperative».

From my personal point of view, the relationship between Cambodia-USA can either go forward or continue to go backward-the ball is in the feet of the Ambassador. So if you want to chuck left or right or shoot straight, it is your rights while Cambodia is just watching the direction of the ball and will play along. «The Ball is in Your Court»

However, based on the experiences from the past until today, in order to better Cambodia-US relation, in addition to the message that I've raised above, I think there are some other important factors that Murphy should consider, and if he could realize, it will be a big plus:

1. He must abide by the Vienna Convention on Diplomatic Relations which does not allow the interference in the internal affairs of a partner country.

So far, the blatant violation of Vienna Convention is a precursor to worsen the relationship between Cambodia and the United States since many U.S. embassy officials to Cambodia frequently regard themselves as Cambodia's big brother or boss who want Cambodia to do this or to do that as they wish, regardless of international treaties or Cambodian law, up to the point where key officials and officers in the Phnom Penh government say, "To make friend with the United States is very very difficult, but it’s very very easy to be USA puppet".

This is the indicator to the bad and bitter relationship between the two countries causing by our partner because Cambodia has, without fail, respected the Vienna Convention and never interfered in the internal affairs of any partner countries. Accordingly, I hope Mr. Murphy is undoubtedly fully aware of this Vienna Convention since you are an experienced and career diplomat.

2. The relationship between Cambodia and USA would be smooth and close only if the United States stops using its embassy official Facebook page as a platform to send critical and provocative messages to the host country and inversely should use the diplomatic channel to air and resolve any issues and challenges. But unfortunately so far, the U.S. Embassy has, from time to time, recourse to work via its digital platform in a very hostile way against the host government.

A case in point that I can clearly remember is that even during the time when the former ambassador left and the new ambassador was not yet replaced, and even in the absence of an ambassador, the US embassy in Phnom Penh dares to arrogantly violate the Vienna Convention by incessantly posting several messages on its website that has seriously affected the relationship between the two countries. And this point does make me really wonder how an embassy of a superpower could do such a thing?

In view of the above-mentioned point, I also hope that Murphy will clearly understand and avoid this unfavorable incident during his diplomatic term in Cambodia.

3. Cambodia-US relationship could be good only if the U.S. embassy officials or the ambassador himself perform their job in an impartial way, in other words, they should not act as a backbone for the outlawed extremist opposition groups in Cambodia.

So far, the root causes that contribute to the worsening relationship between the two countries and have come frequently to the surface are due to the fact that the embassy officials or U.S Ambassador(s) always speak and act that give a sense and an image as they are the backbone of the opposition and this situation, accordingly, has greatly encouraged them to arrogantly and blatantly dare to trample the law of the country under their feet and even have gone to the length of inciting chaos and unrest in Cambodia..

From my personal point of view, the Phnom Penh government has never been afraid of the influence or popularity of these illegal opposition groups; however, it is the U.S. Embassy’s biased position that causes the animosity between the two countries without being able to solve anything since the Cambodian problem will eventually have to be addressed by Cambodia itself and only by the Cambodian legislation.

Thus, I hope Mr. Murphy would understand this and would do his best to avoid this same situation from happening again.

4. In fact, Cambodia is only a small country that had gone through a devastating internal strife and civil war. Therefore, at present, Cambodia earnestly desires to live in peace and to coexist peacefully with the rest of the world. That is the reason why, the Constitution of Cambodia enshrines the principle of non-alignement and permanent neutrality, especially it does not allow any installation of foreign military base on its territory.

Cambodia has no intention to create any trouble with any countries, in order words, Cambodia only wishes to live in peace but a peace that is neither under any foreign pressure, suppression nor a happiness by being a puppet of any countries.

The happiness that Cambodia and the people of this country aspire to enjoy is a peace, security and development within the framework of its own national sovereignty. And this is a small aspiration that is not harmful to anyone, and undoubtedly Cambodia should be able to enjoy it. I hope that Mr. Murphy could understand this and will not try to disrupt this small and pitiful country.

All in all, the ball is in the feet of the US side, in general and it’s in the ambassador's foot, in particular. Please play the ball at your will. And what the Cambodians want is to see is a game that will be played by the technical rules since Cambodia can not afford to be cheated and bullied. Finally, I only suggest that the new U.S. Ambassador to Cambodia would come with a new heart color. Could you do it Mr. Ambassador? 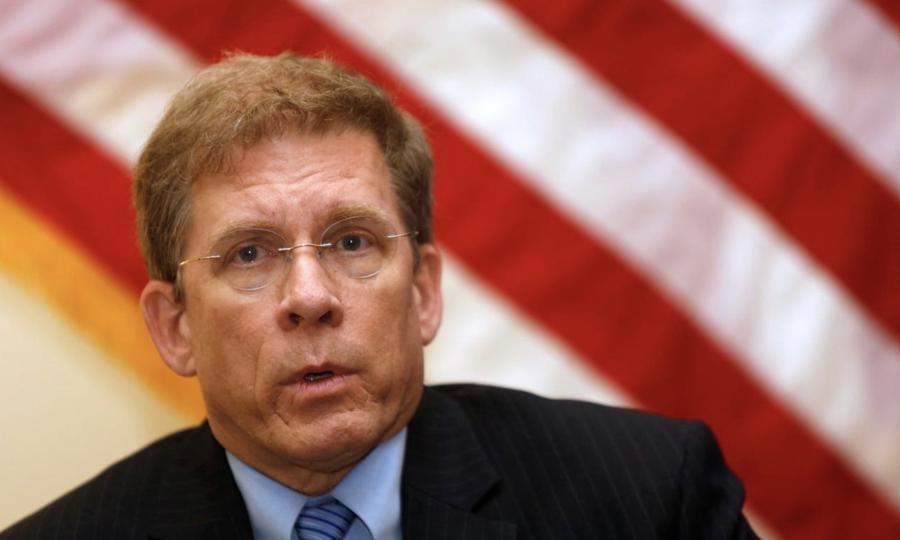 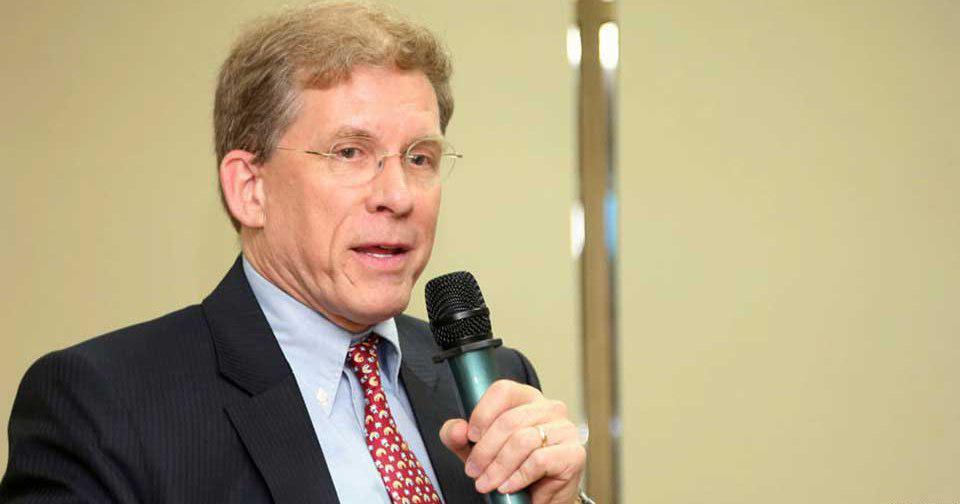