Phnom Penh (FN), July 10 – Phnom Penh municipal court issued the second order to summon Sam Rainsy, former opposition leader, to clarify to the court on 28 August 2019 over alleged incitement by using the name of former police chief Hok Lundy, according to the second order issued on 5 August 2019, following the first order on 31 October 2019.

On 6 July, Cambodian Minister of Interior Sar Kheng filed a lawsuit to the court against Sam Rainsy for incitement that would lead to social insecurity and political instability.

“This plan was supported by [Interior Minister] Sar Kheng, as Sar Kheng also knows that Hun Sen is preparing to remove him,” Rainsy added.
=FRESH NEWS 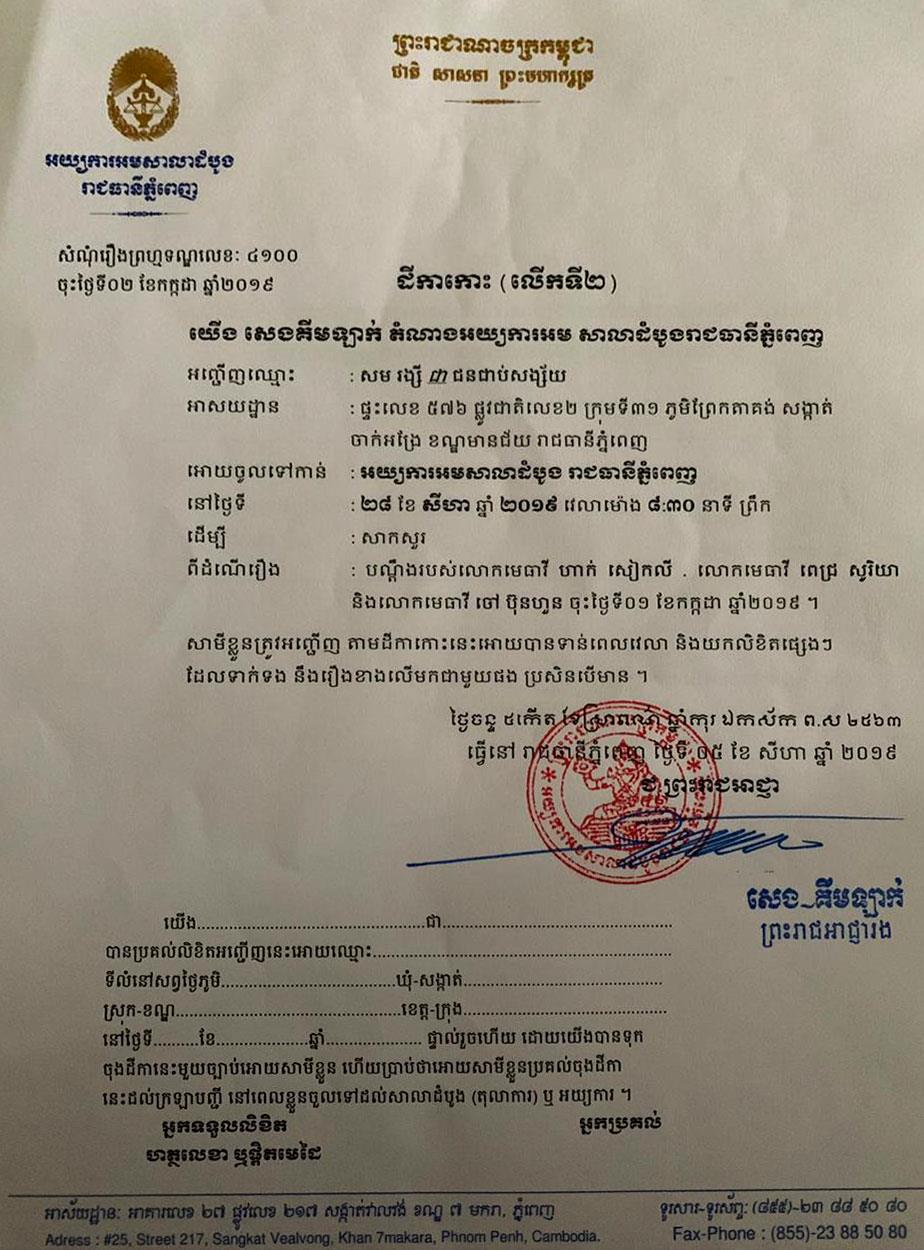 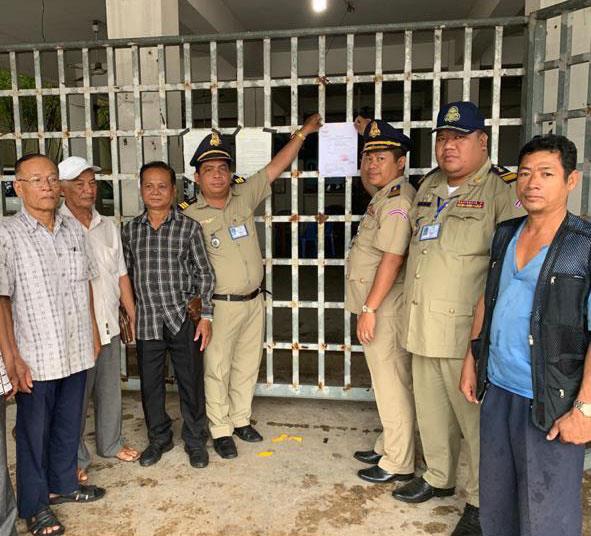