Phnom Penh (FN), Aug. 23 - The Royal Government of Cambodia, on 23 August 2019, has decided to freeze the assets of anyone involved in forest crimes in Cambodia.

A letter from the Council of Ministers, dated 23 August, addressed to Ministry of Agriculture, Forestry and Fisheries and National Commission for the Prevention and Combating of Natural Resource Crimes, headed by National Military Police Commander Sao Sokha, confirmed the government‘s measures against any violations of  forestry in the kingdom.

If any individual or company found committing forest crimes, the government will:

2) Disqualify companies that do not comply with the law, contract, or agreement.

3) Collect evidence of forest crime equipment demolition to serve as evidence for the court.

4) Freeze the assets of forest criminals other than convictions and fines.

5) Raise awareness and promote the government's efforts in protecting forest, and preventing any forest crime; carve the names of forest criminals on the rocks and exhibit at the demolition site.

As requested by the National Commission for the Prevention and Combating of Natural Resource Crimes regarding the forest products storage, the Royal Government of Cambodia assigns Minister Bin Chhin, in charge of the Council of Ministers, to determine the sites to store forest products under the system of “One-window Service” for transport efficiency.

The following is a letter from the Royal Government of Cambodia:
=FRESH NEWS 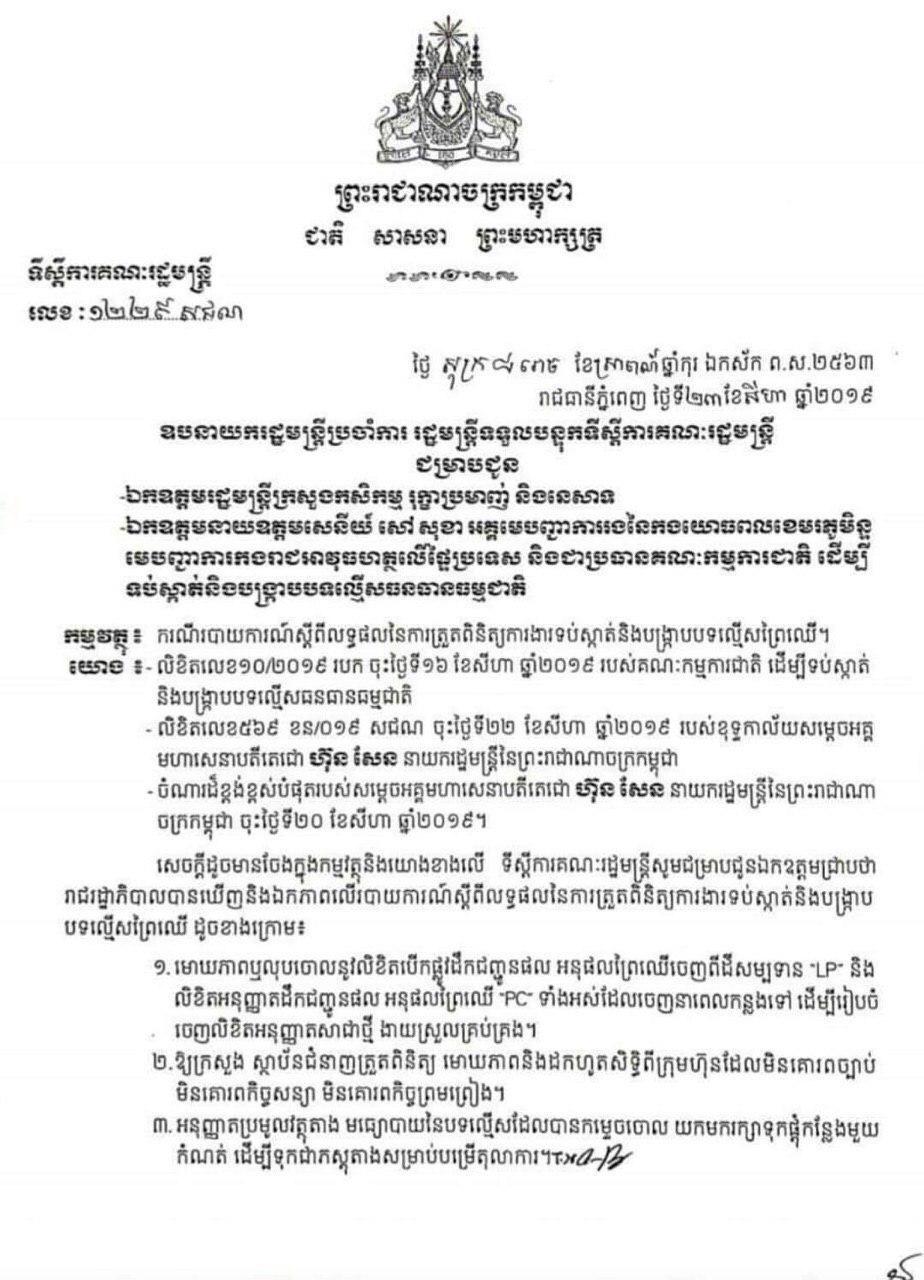 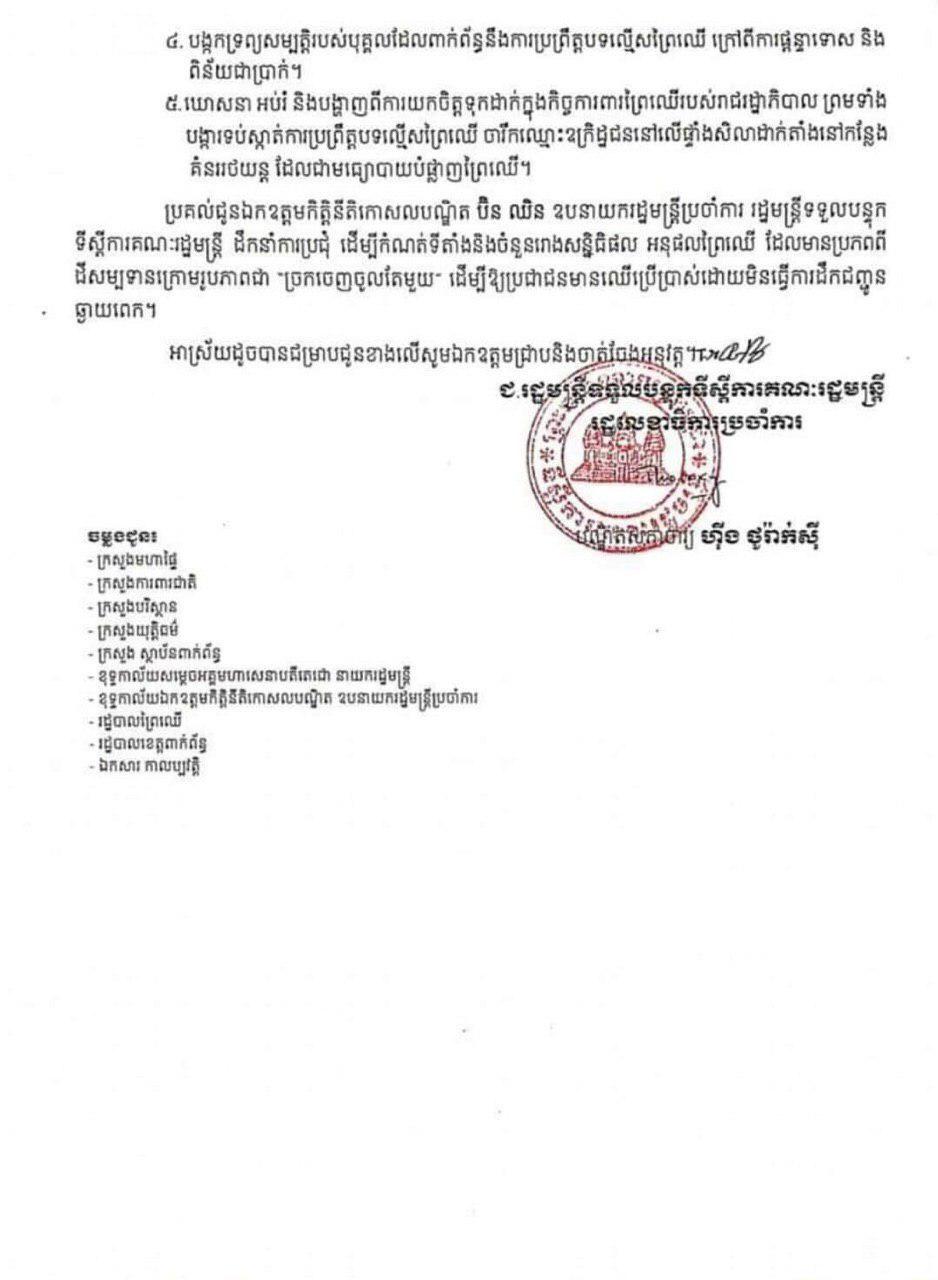 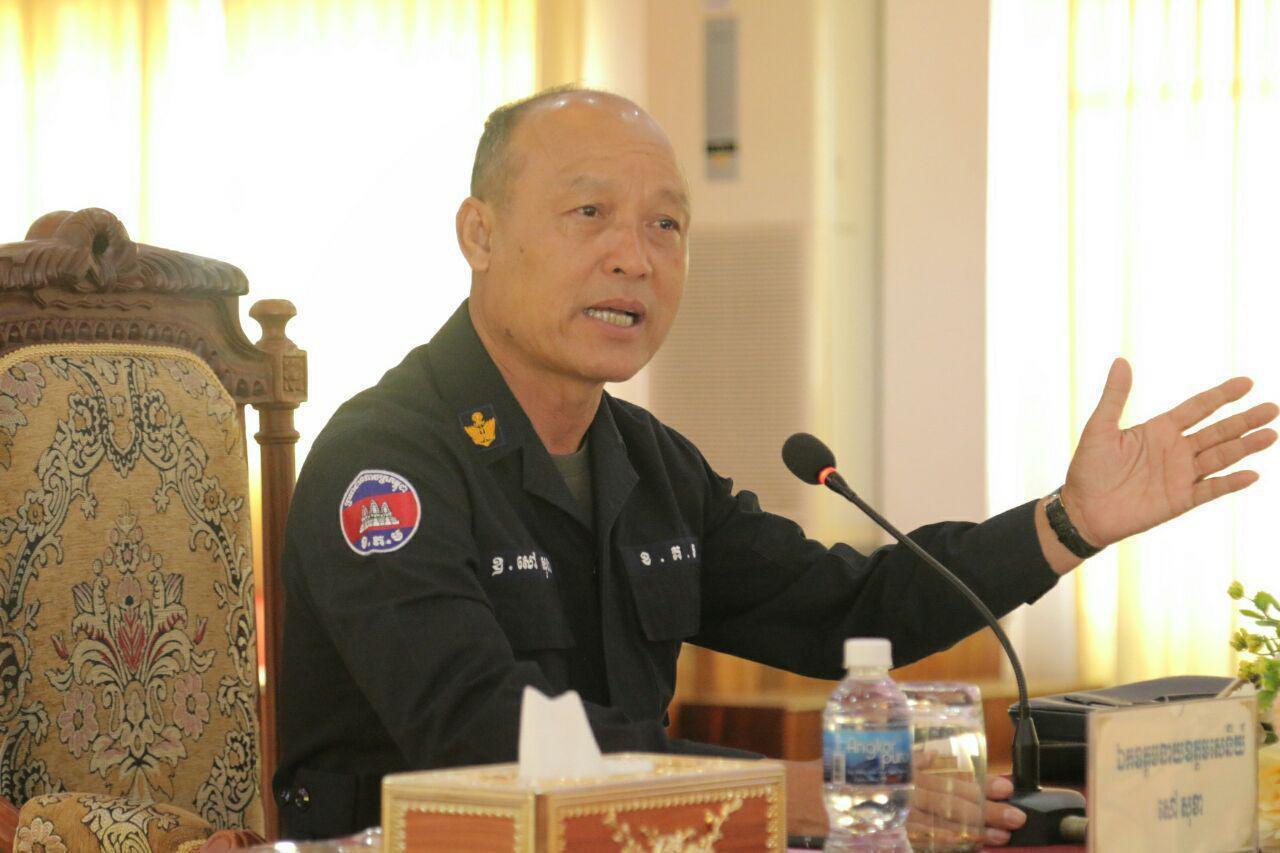