Phnom Penh (FN), Aug. 26 - Cambodian Foreign Minister Prak Sokhonn, as the representative of Cambodian Prime Minister Hun Sen, will lead a delegation to attend the celebration marking the 20th Anniversary of the Popular Consultation of the Democratic Republic of Timor-Leste on 29-30 August 2019 in Dili, along with representatives from other ASEAN Member States, Portuguese speaking countries, Australia, and the United Nations, according to foreign affairs’ press release dated Monday.

“The visit was made at the invitation of His Excellency Taur Matan Ruak, Prime Minister of the Democratic Republic of Timor-Leste.”

The Democratic Republic of Timor-Leste established diplomatic relations with the Kingdom of Cambodia on 29 July 2002 following its UN-supervised referendum on 30 August 1999.
=FRESH NEWS 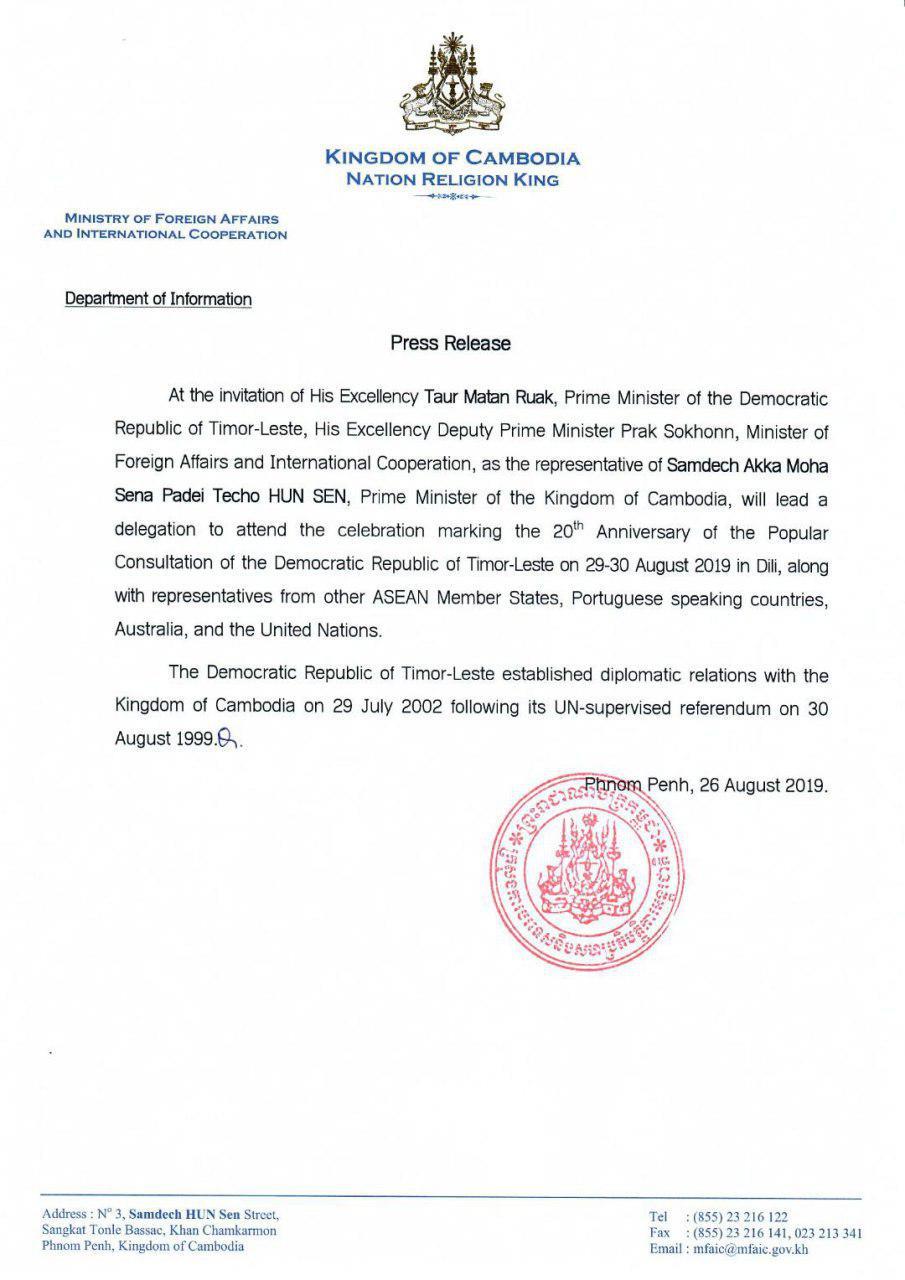 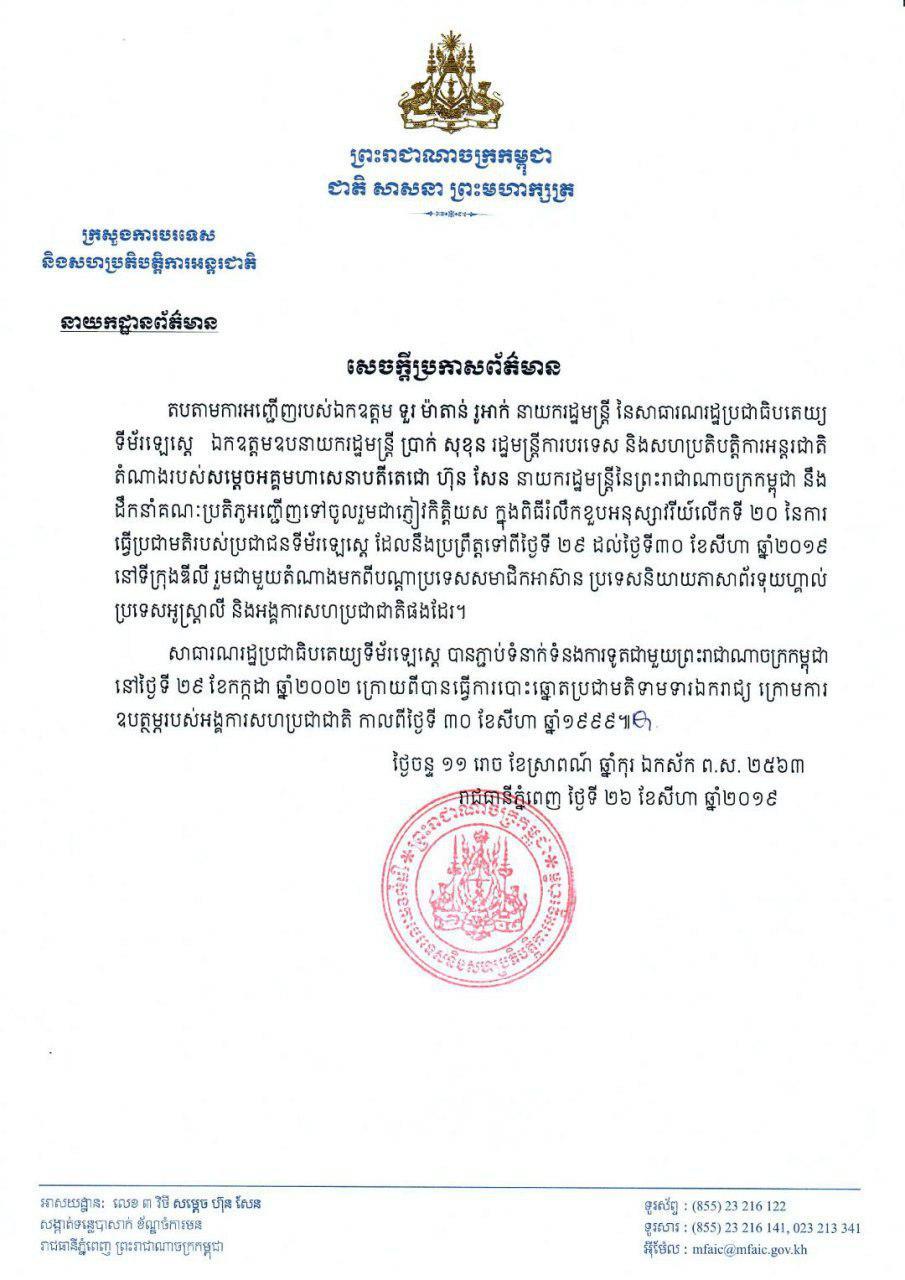