Phnom Penh (FN), Aug. 27 - Sam Rainsy’s “doom day” on 9 November 2019 nears, and his political life will be finished, no matter what he decides on his repatriation plan. If he decides to repatriate to Cambodia, he would end up in life imprisonment – the sentence terms he has not served yet – despite his latest attempt to incite in a bid to cause social chaos. Sam Rainsy even sees his “dignity” further at risk, due to his defamation case in French’s court – which was stemmed from his defamation on SPM Hun Sen in relation to the death of the former General Hok Lundi.

The latest development was so frightened for convicted Sam Rainsy, son of the traitor Sam Sary, that he loses his conscience and ideal – not knowing what is wrong and what is right – like the old proverb says “when you are unlucky, the god is not on your side.” It is predictable that Sam Rainsy would not return home as promised because he is a coward and is ridiculously scared of imprisonment. That’s the reasons why he has aired his voice and acts deliberately against Cambodia’s peace and national stability through his stubborn incitement and duel – no matter how unlawful his actions are or how they may negatively affect his followers. This shows that he is certainly an enemy of the nation and people, and he cares nothing about the nation, but instead, destroying it and making people to worry about his group’s activities.

On his facebook page on 25 August, Sam Rainsy has made an appeal to the arm force to turn their weapons against a legitimate government, which was formed by people following a free and fair election – the attempt is seen as a form of “color revolution” because the traitor has publicly confirmed that his repatriation aims to lead the people’s power to topple the current government. Would Sam Rainsy dare to repatriate? Certainly, no. And this is not his first time that he incited the arm force to defy their commander’s order and to turn their weapons against the government in an attempt to trigger “color revolution,” and his incitement lawsuit is under the court’s process.

What convicted Sam Rainsy has said or acted is not a freedom stated in the international covenant on civic and political rights, and neither a freedom of speech, but a “shoot” passed the redline. It is considered as an execution of a plan to overthrow the legitimate government through “color revolution,” which deserved actions to curb for the sake of Cambodia’s peace and development. Despite knowing that his activities are illegal, Sam Rainsy is persistent because he has no choice and can do nothing except inciting, framing, defaming and causing chaos to harm Cambodia’s peace and development, as well as its people’s interest. This is his last hope to fulfill his “stupid” ambition and to take revenge for his dad, whose name was written as a traitor in Cambodia’s history for his conspiring acts with the US’s CIA in their plan to murder Samdach Norodom Sihanouk and to take down Sangkum Reas Niyum.

Theses are convicted Sam Rainsy’s destructive ideology, which he has began to execute since he arrived in Cambodia after the Paris Peace Accord was signed on 23 October 1991. He has employed policies of nation’s enemy and people’s enemy under the excuse of human rights, democracy, freedom and freedom of speech, while he was named a racist, and used to be warned by the UNTAC officials in 1993. Actually, Sam Rainsy has a clear political target – to destroy own nation and to use Cambodian people’s blood and lives as stepping-stones without caring about their and nation’s sufferings. His notorious ideology has been “sowed” among his followers and those followers are now falling in “wrong thinking” and have acted with revenge purpose and racism.

Sam Rainsy’s destructive ideology is “triple” dangerous, like Khmer Rouge’s leader Pol Pot’s ideology, which has caused tremendous tragedy to the country and the people.

Every single word of Sam Rainsy and his colleagues was full of violent and revengeful purpose, which is very hazardous to the nation, and such ideology must be removed from Cambodia as soon as possible because despite the Supreme Court ruling dissolution of the former Cambodia’s National Rescue Party – a political organization behind the “color revolution” – his destructive ideology is still being carried out by a small group of “extremists” and is being “fueled” by convicted Sam Rainsy himself, while his political life would be finished on 9 November. Sam Rainsy’s destructive ideology must be get rid of, like the “killing ideology” of the Khmer Rouge, in a bid to maintain and sustain nation’s peace and development.

SPM Hun Sen and other Cambodia’s People Party’s top brass have risked their lives to savor the country and people of Cambodia from the genocidal Khmer Rouge’s regime. Following the 1979 mission, SPM Hun Sen has employed DIFID Strategies and Win-Win Policies to destroy Khmer Rouge’s leader Pol Pot’s “Rust” Policy, by dissolving the political and military organization of the Khmer Rouge, which “rooted” in Cambodia’s society for more than 50 years, in order to bring nation’s peace, reconciliation, integrity and sovereignty to Cambodian people – for the first time in Cambodia’s last 500 years history.

To confront such huge threats, it is necessary that Cambodian people join “hands in hands” with the Cambodia’s government to “unroot” Sam Rainsy’s destructive ideology from Cambodia. Both government’s authority and Cambodian people are ready, and SPM Hun Sen has reconfirmed numerous times that at any prices he would never allowed a small group of traitors to ruin Cambodia’s hard-sought peace and development. Moreover, Cambodia’s government has reaffirmed its stance: “Cambodia would not trade own integrity and sovereignty with donation or supports from any foreign nations.” It is therefore Sam Rainsy’s tricks and ideology would not come to realize under the “legal” iron fists of SPM Hun Sen and Cambodia’s government, and traitor Sam Rainsy’s followers, who are in hiding to jump on opportunity, would not be able to do anything illegal they wish for.

Sam Rainsy’s plan to incite for chaos would fail embarrassingly on 9 November since no one would believe or fall in his traps anymore. Sam Rainsy’s publicizing of his repatriation day – 9 November 2019 and his declaration that he would have a accompany of around 2 million workers from Japan, Thailand and South Korea when he returns – is a “fake” plan and a word from a “cheat” politician. It will be called “special” if he can gather around 200 supporters to accompany him to the prison, since in his last appeal for a demonstration to release Kem Sokha, only a few turned up. What convicted Sam Rainsy and his colleagues are doing and exaggerating on media is just a fundraising strategy for his group because they are broke now after several trips and some, like Eng Chhay Eang, lose money on gambling.

Actually, convicted Sam Rainsy and colleagues, including Eng Chhay Eang, Mu Sochua, and Ho Vann, dare not to repatriate as they know that they are surrounded by lawsuits and this group of people compost of prison-scared “heroes” and coward politicians – what they can do is to voice their chaos-arousing incitement to push Cambodian people to confront with law and against authority in their name. Whoever believes the traitor Sam Rainsy’s group would end up “having no seeds for regrow” and Cambodian people are ready to join with the government to curb Sam Rainsy’s destructive ideology for the sake of Cambodia’s peace and development and Cambodian people’s well-being. 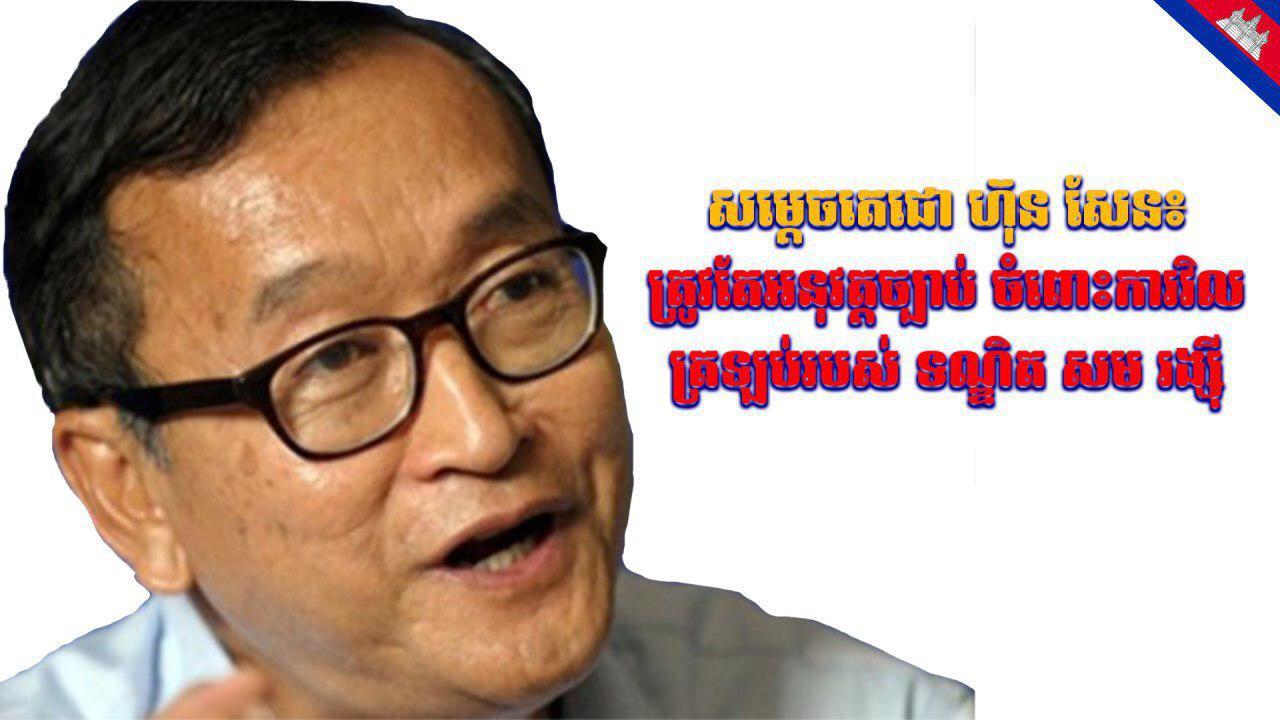 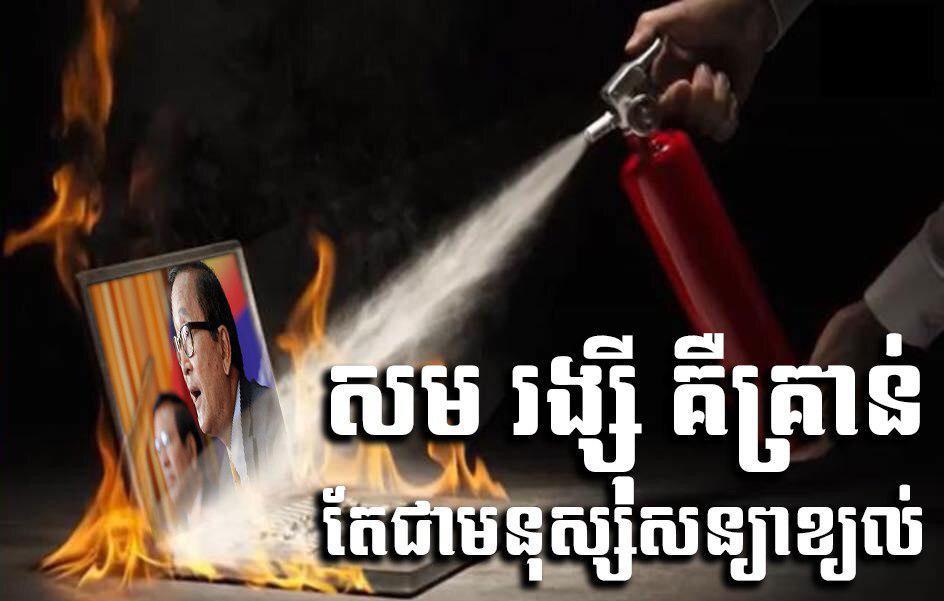 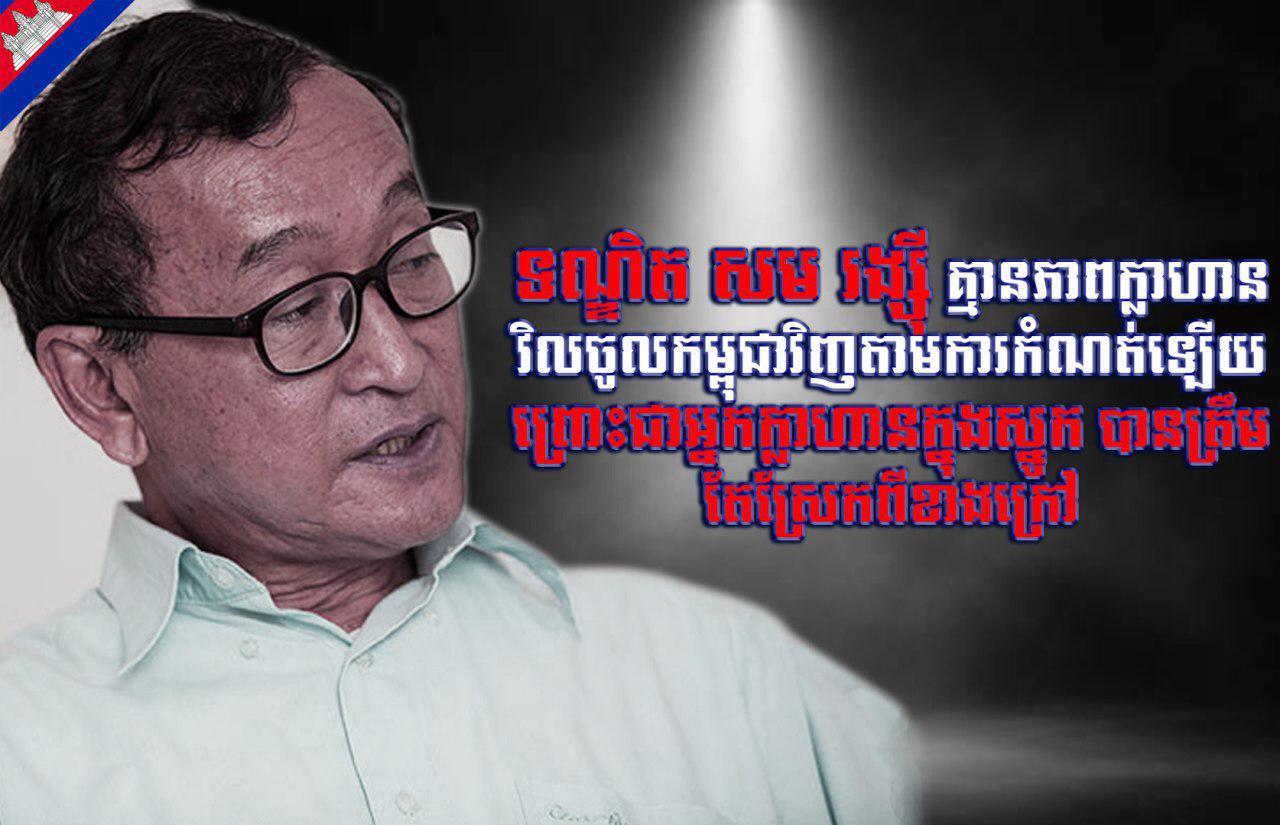 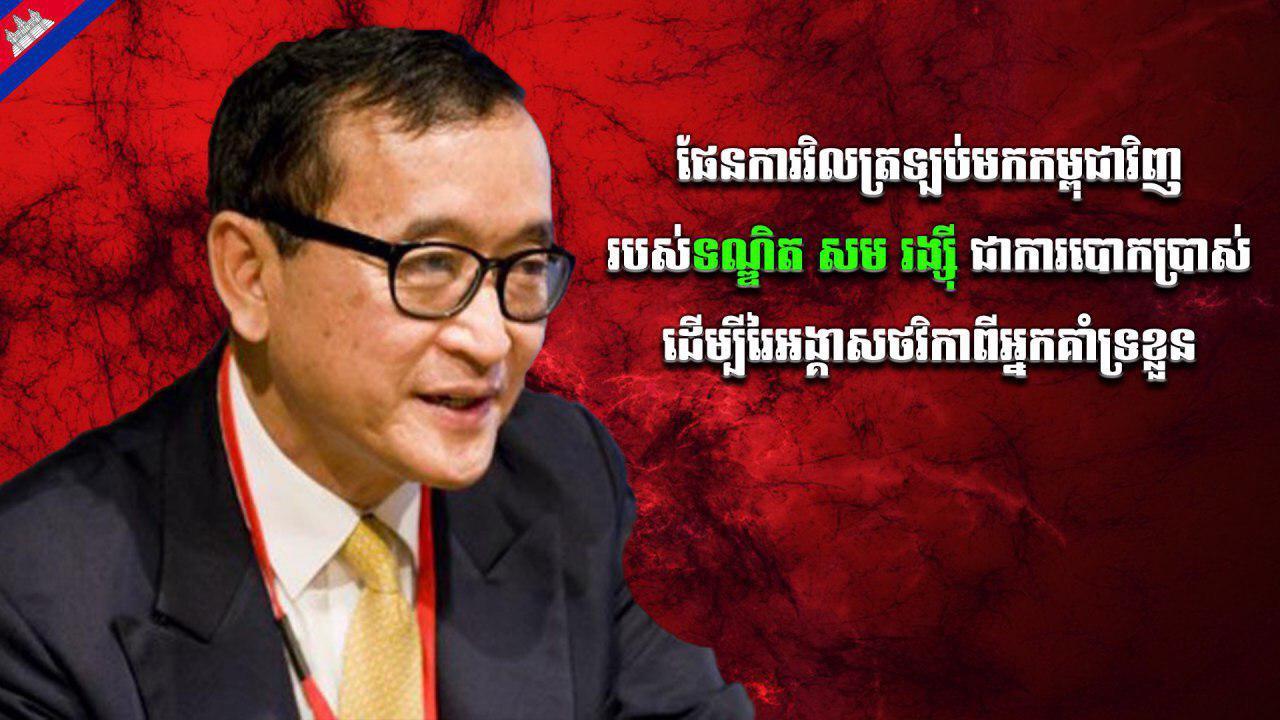 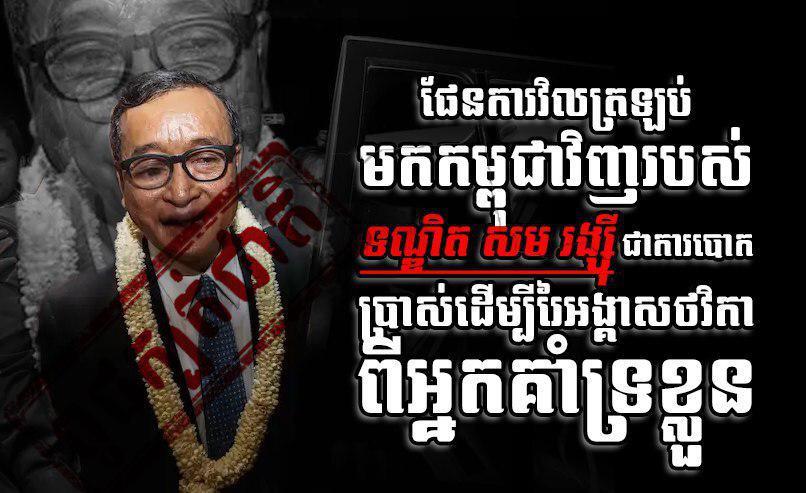