China announces biggest drop in new virus cases in almost a month * Death Toll to 2,112, while 74,500 People Now Infected with COVID-19 in China * More than 30,000 Medical Personnel, including Military Medics Sent to Wuhan from across China * 8 Killed in Two Shootings in Hanau, Germany * Antimalarial Drug Confirmed Effective on Covid-19: Chinese Embassy in Cambodia

Phnom Penh (FN), Aug. 28 – Due to the growing number of foreigners who come to invest in and work in Cambodia, Ministry of Labor announced a Prakas, aimed at banning foreigners from self-employment on 10 job categories, including (1) taxi/motor driver, (2) peddler, (3) massage therapist in the public, (4) haircut/salon, (5) shoe polisher, (6) tailor, (7) repairman, (8) producer of Khmer souvenir, (9) creator of Khmer musical instrument or Buddha statues, and (10) lapidary.

Labor spokesman Heng Sour stated Monday that a foreigner can invest, run business, and work in the kingdom by following the investment, immigration, and labor laws.

Each foreigner contributes about USD 360 per year to Cambodia’s economy, he said.

According to the Occupational Safety and Health Standard, and to ensure the dignity and quality of service, the ministry’s labor inspectors will also begin to fine any institutions and enterprises that do not have trademark, or list of products or services, or menu (restaurant) in Khmer-language.
=FRESH NEWS 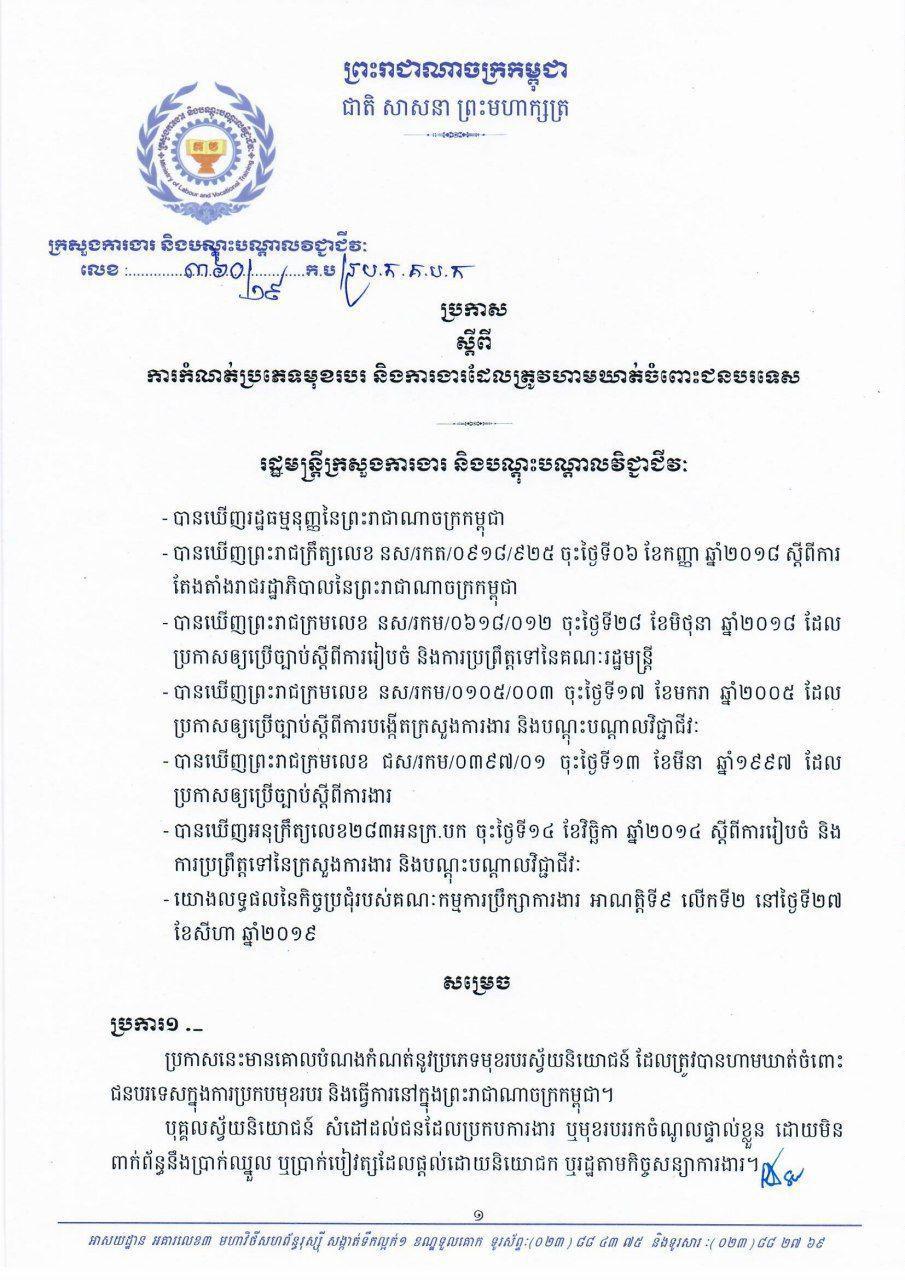 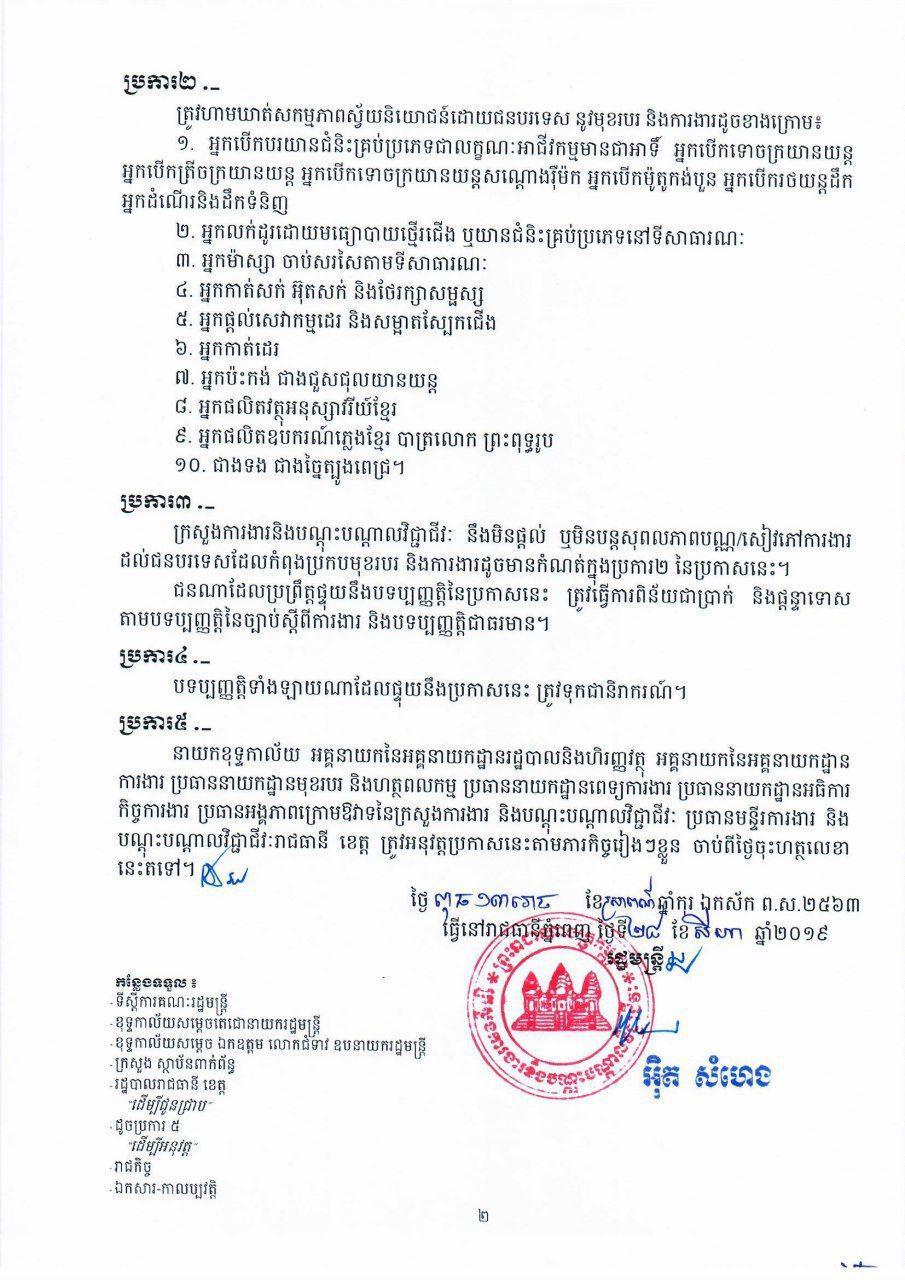