“During the visit, H.E. Prime Minister of Malaysia will pay separate courtesy calls on Samdech Say Chhum, Acting Head of State of the Kingdom of Cambodia and Samdech Heng Samrin, President of the National Assembly,” the press release stated.

“Dr. Mahathir Mohamad will hold a bilateral meeting with Prime Minister Hun Sen during which various aspects of bilateral will be discussed. The two Leaders will also exchange views on regional and international matters of common interest. Thereafter, the two Prime Ministers will preside over the signing ceremony of a number of documents and hold a joint press announcement,” it continued.

“While staying in Phnom Penh, Prime Minister of Malaysia will lay wreathes at the Independence Monument and pay tribute at the Royal Memorial Statue of His Majesty Norodom Sihanouk, the Late King-Father of Cambodia.”

The official visit of Dr. Mahathir Mohamad to Cambodia will significantly contribute to further strengthening and deepening the excellent bonds of friendship and close cooperation between Cambodia and Malaysia in bilateral, regional and international frameworks.
=FRESH NEWS 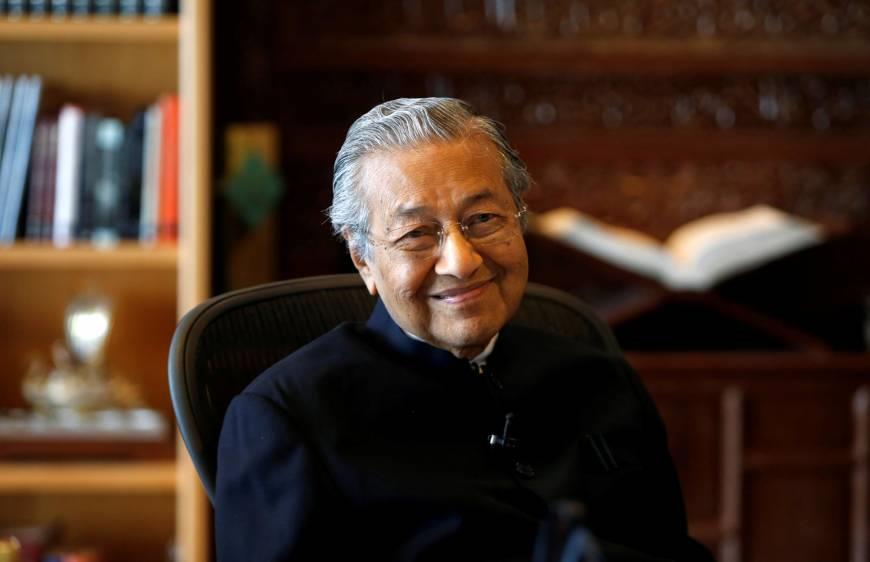 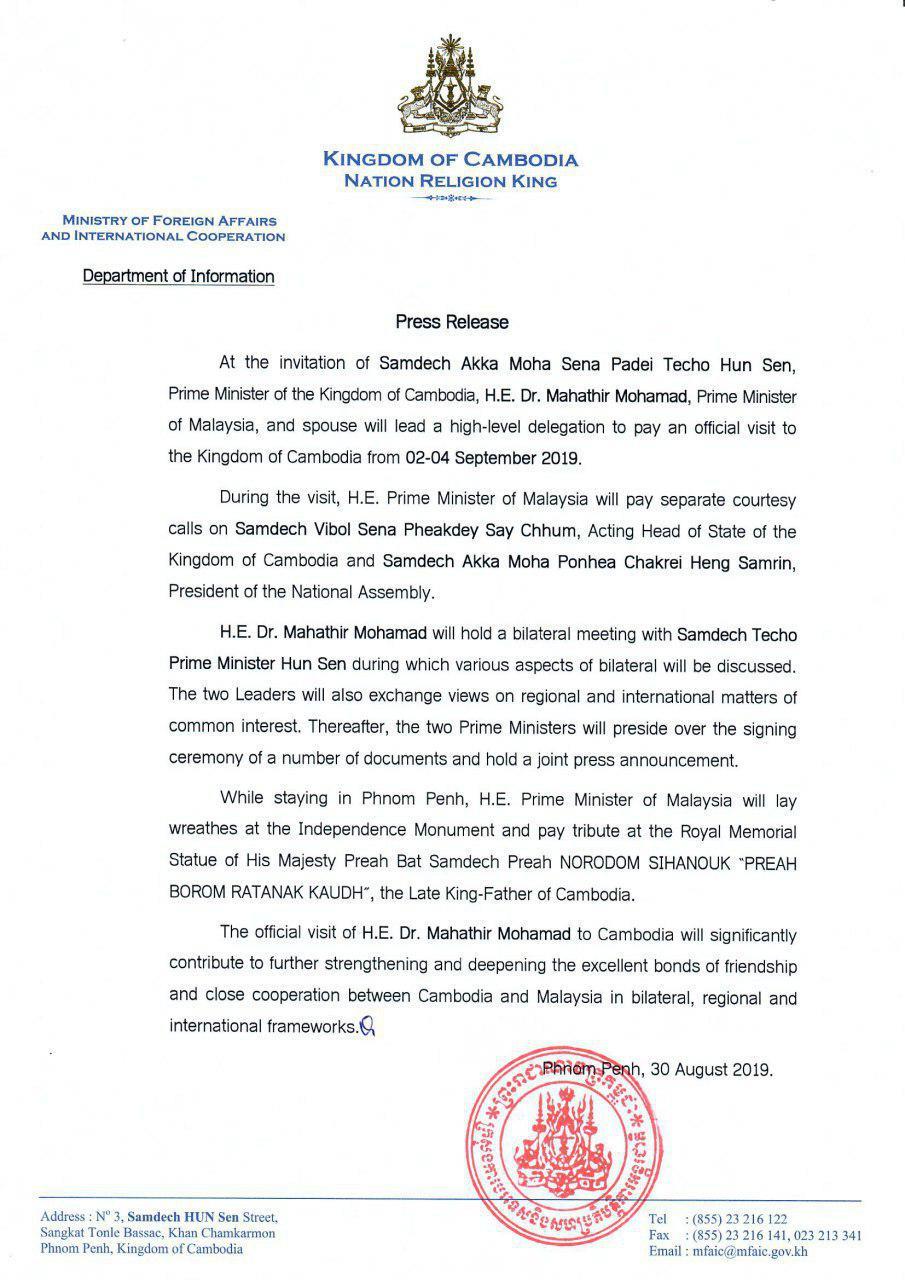