WASHINGTON, Sept. 9 (Xinhua) -- U.S. Coastal Guard (USCG) confirmed Monday that all of the four crew members trapped in a cargo ship that overturned off the U.S. state of Georgia were alive and had been rescued.

After successfully rescuing three of them earlier in the day, USCG's Seventh District said in a tweet that rescuers extracted the final member safely. "Operations will now shift fully to environmental protection, removing the vessel and resuming commerce."

The Golden Ray cargo vessel, carrying 24 crew members and loaded with thousands of vehicles, tumbled in St. Simons Sound off the coast of Georgia on Sunday, shortly after leaving Brunswick, Georgia for Baltimore, Maryland.

Twenty crew members were quickly rescued, but salvage efforts halted until Monday due to a fire on board and the unstable condition of the ship. All the four members pulled out Monday are South Korean nationals.

The Golden Ray is owned by South Korean company Hyundai Glovis. The cause of the incident is under investigation, USCG said. 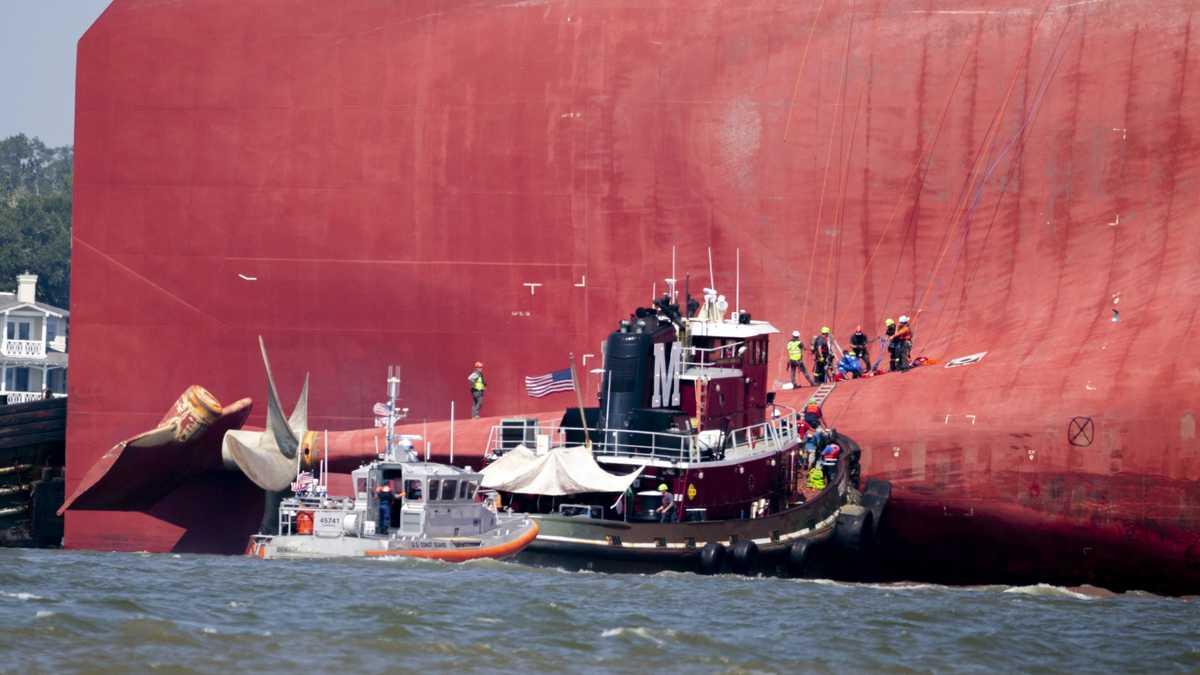