Sri Thamrong, minister attached to Prime Minister, said that the premier urged the Ambassador to look closer at the Cambodia-Myanmar trade cooperation, as the annual trade volume, worth of USD 10 million USD, is still limited.

The premier continued that, 2020 marks the 65th anniversary of the establishment of diplomatic relations of Cambodia and Myanmar, so the two countries should consider signing some agreements to promote inclusive cooperation, especially on economic cooperation, tourism, and investment.

“So far, we have signed some agreements on the occasion of Aung San Suu Kyi's official visit to Cambodia, so we only need to push them forward. We have sent most of our students, mostly monks, to continue their study in Myanmar, focusing on Buddhism studies,” the premier stated.

“In addition to bilateral mechanism, our two countries also have regional and sub-regional mechanisms such as the GMS, the CLMV Plus T, and ACMECS,” the premier highlighted.

Strongman of Cambodia took note that the ASEAN countries have rarely looked at the regional markets, as they put much efforts in external markets, which makes bilateral trade volume small.

The Ambassador thanked the premier for his warm hospitality and for sharing his experience and a desire to celebrate the 65th anniversary of the establishment of diplomatic relations of the two countries. Both commit to promote cooperation, especially in trade and tourism, starting from direct flights between Myanmar and Cambodia, and the exchange of students.
State Counsellor of Myanmar Aung San Suu Kyi led a delegation for the official visit to the kingdom from 29 April to 01 May 2019 at the invitation of Cambodian Prime Minister Hun Sen.

Prime Minister recommended the joint ceremony to encourage and promote tourism in both countries by hosting cultural events in Siem Reap and Bakan – provinces enriched with heritages. 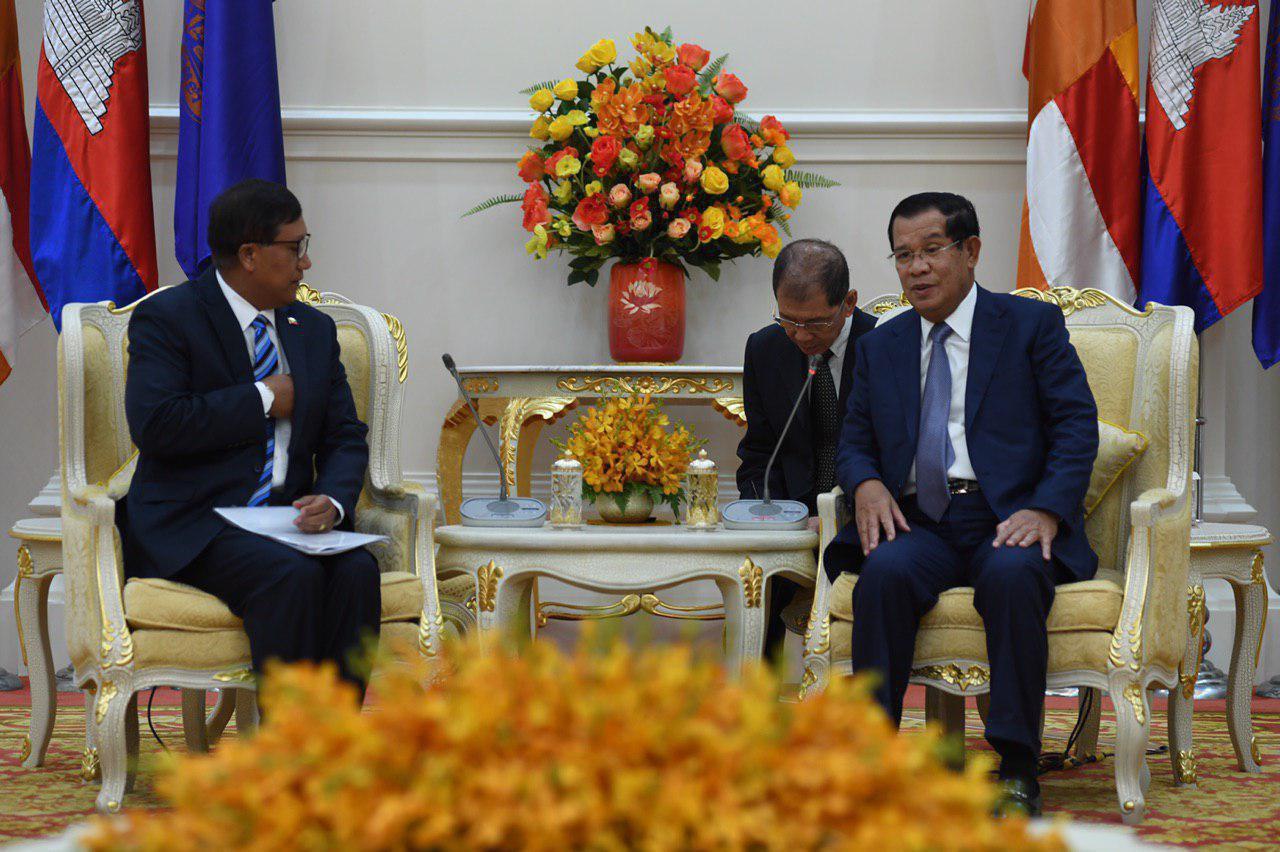 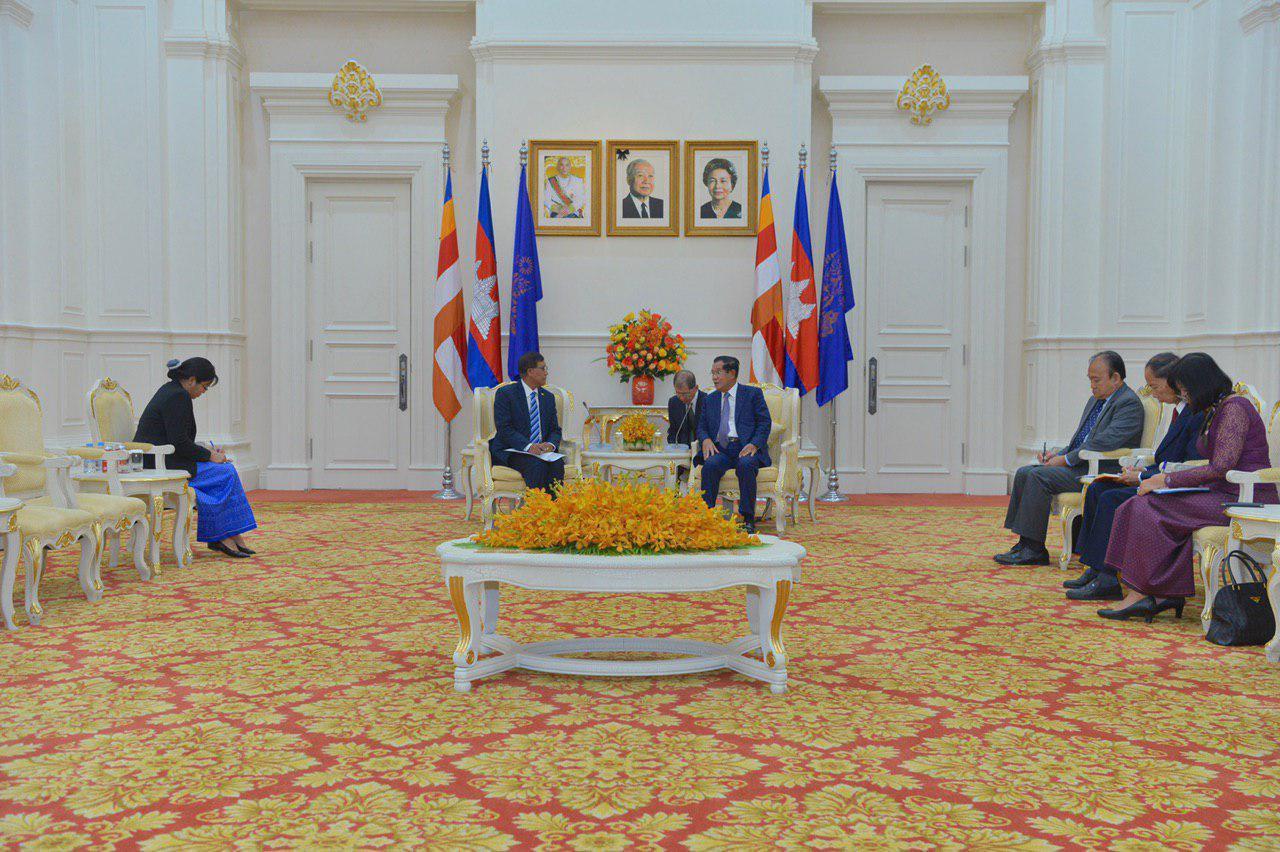 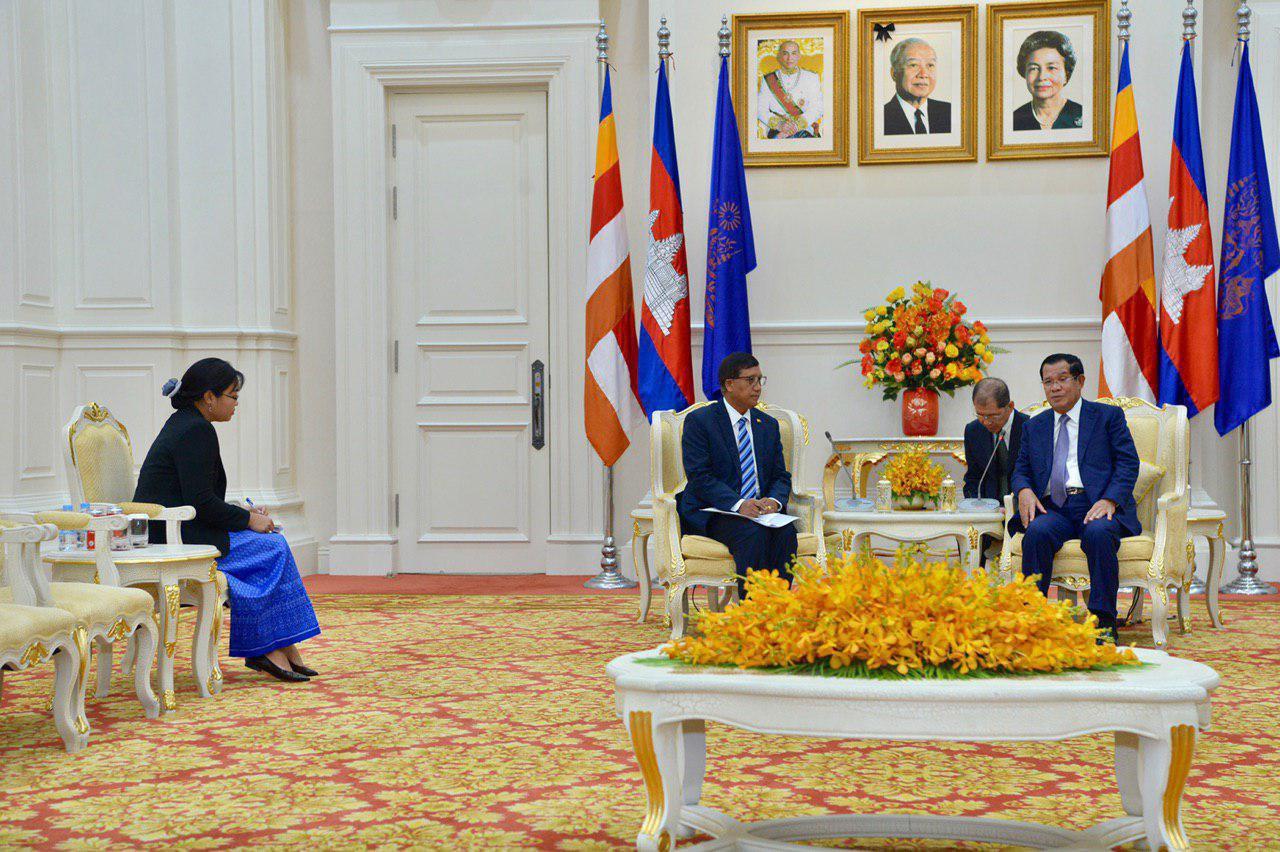