The new decision dated 10 September came after the government decided to remove Nhim Vanda from the post of senior minister, first vice chairman of the National Committee for Disaster Management; substituted by Kun Kim.

The new decision is the second arrangements of the task and duties of the top leaders of Cambodia. 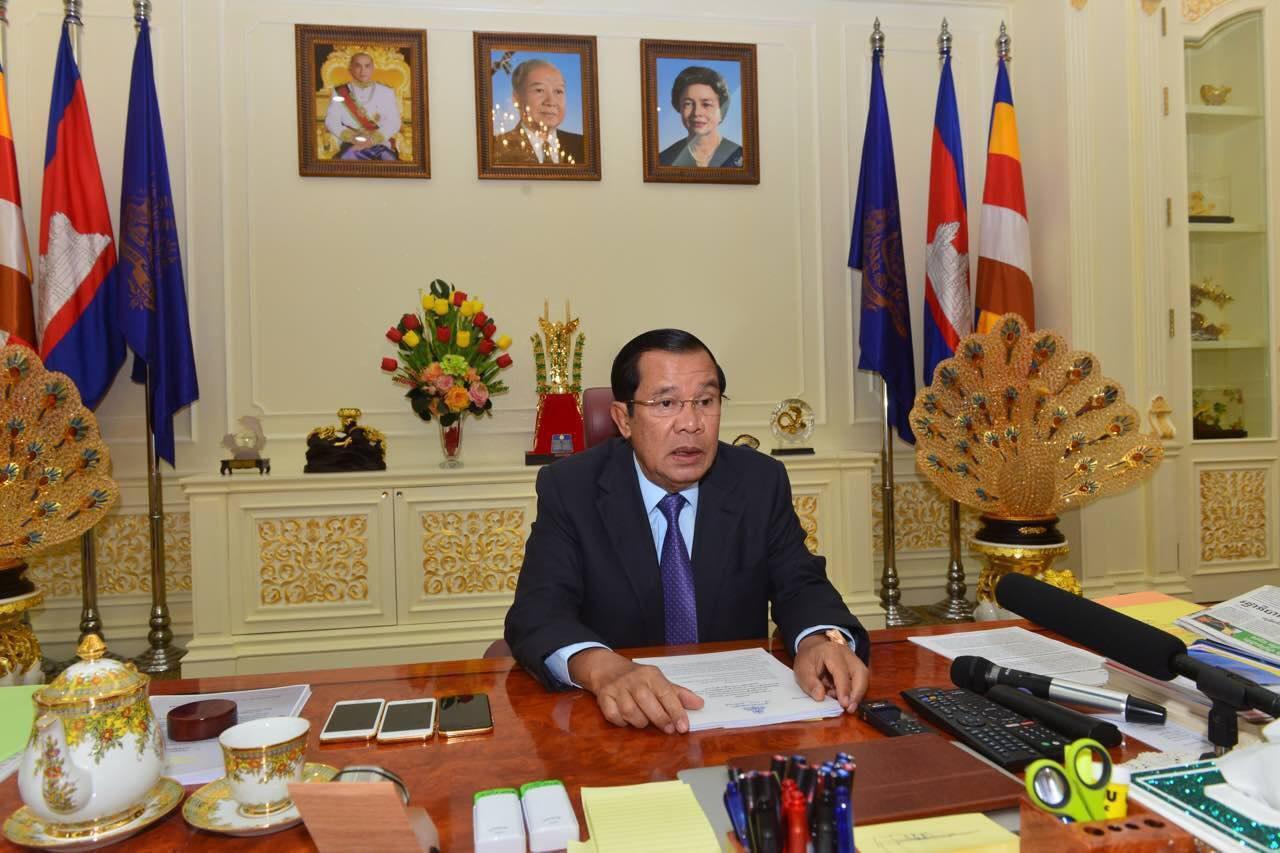 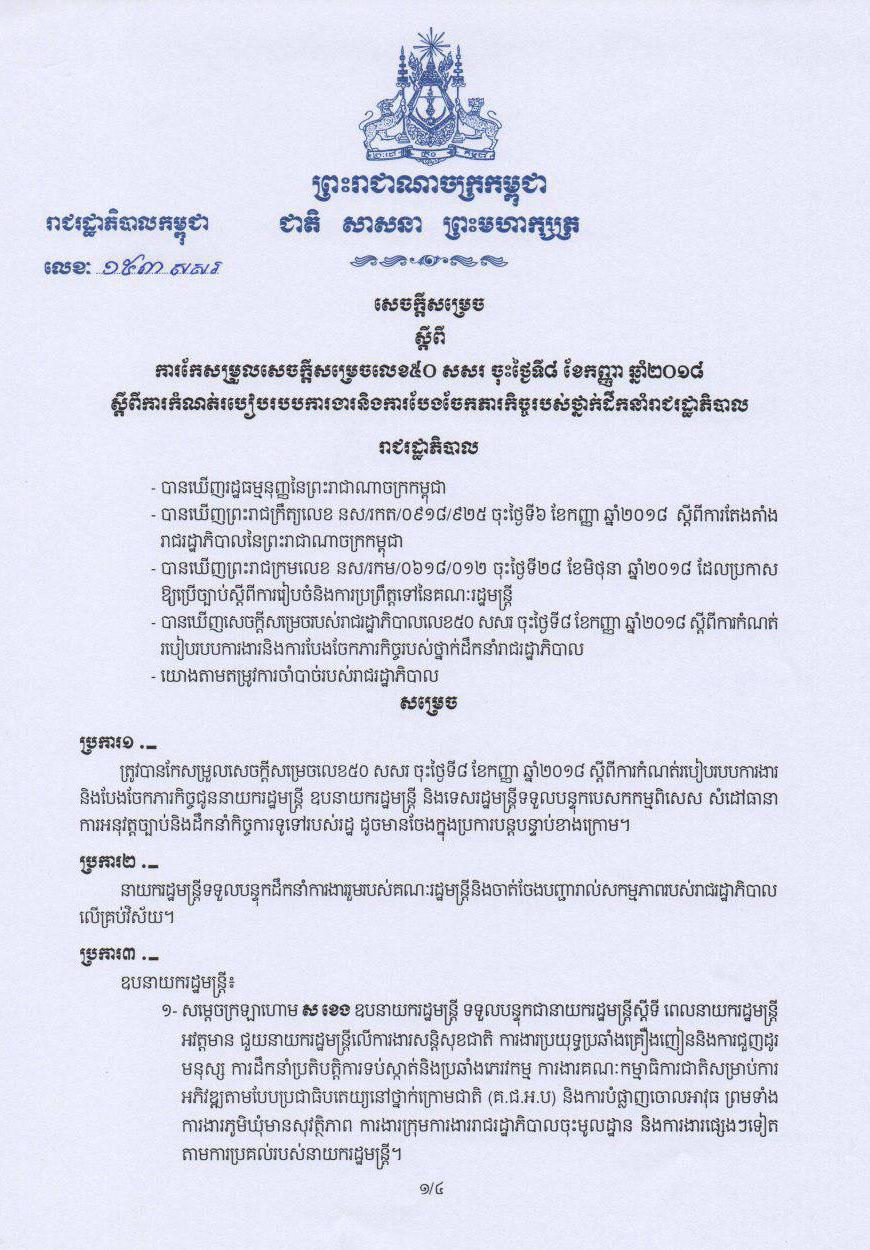 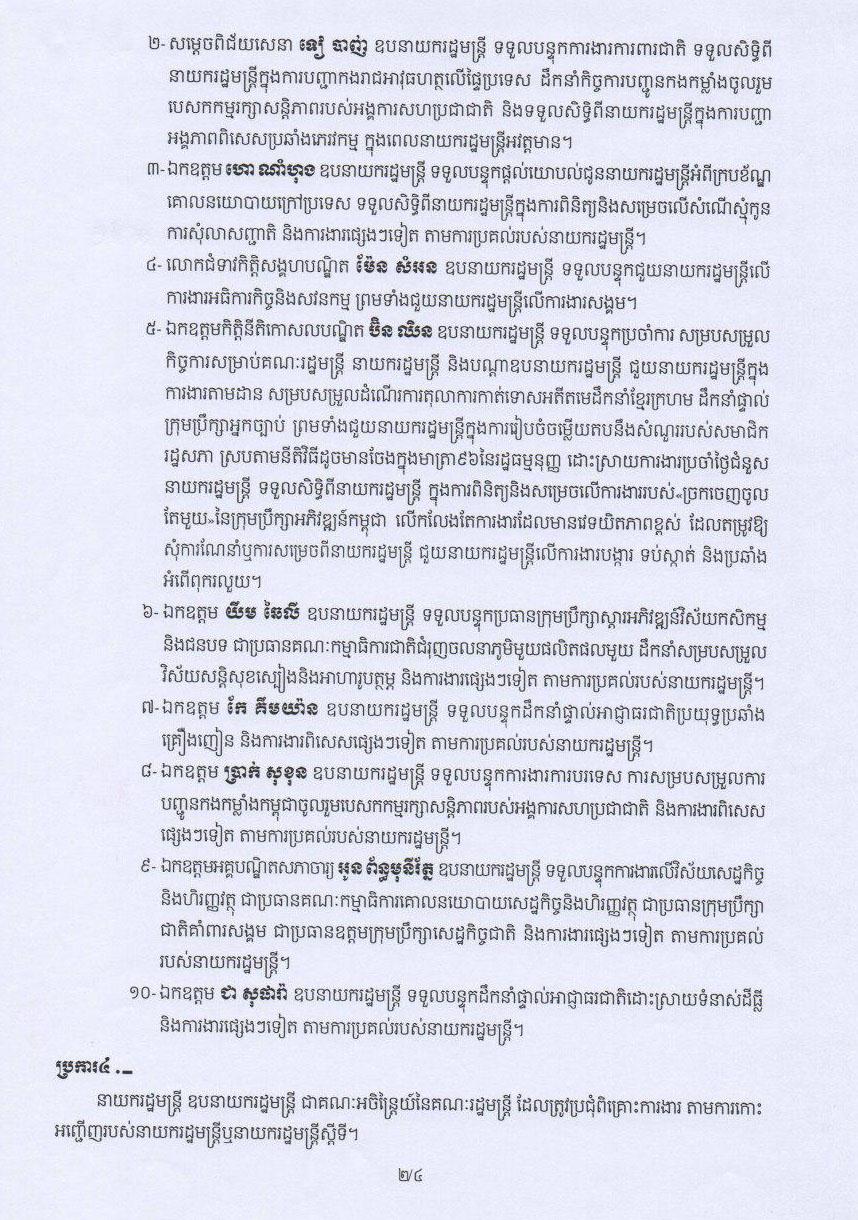 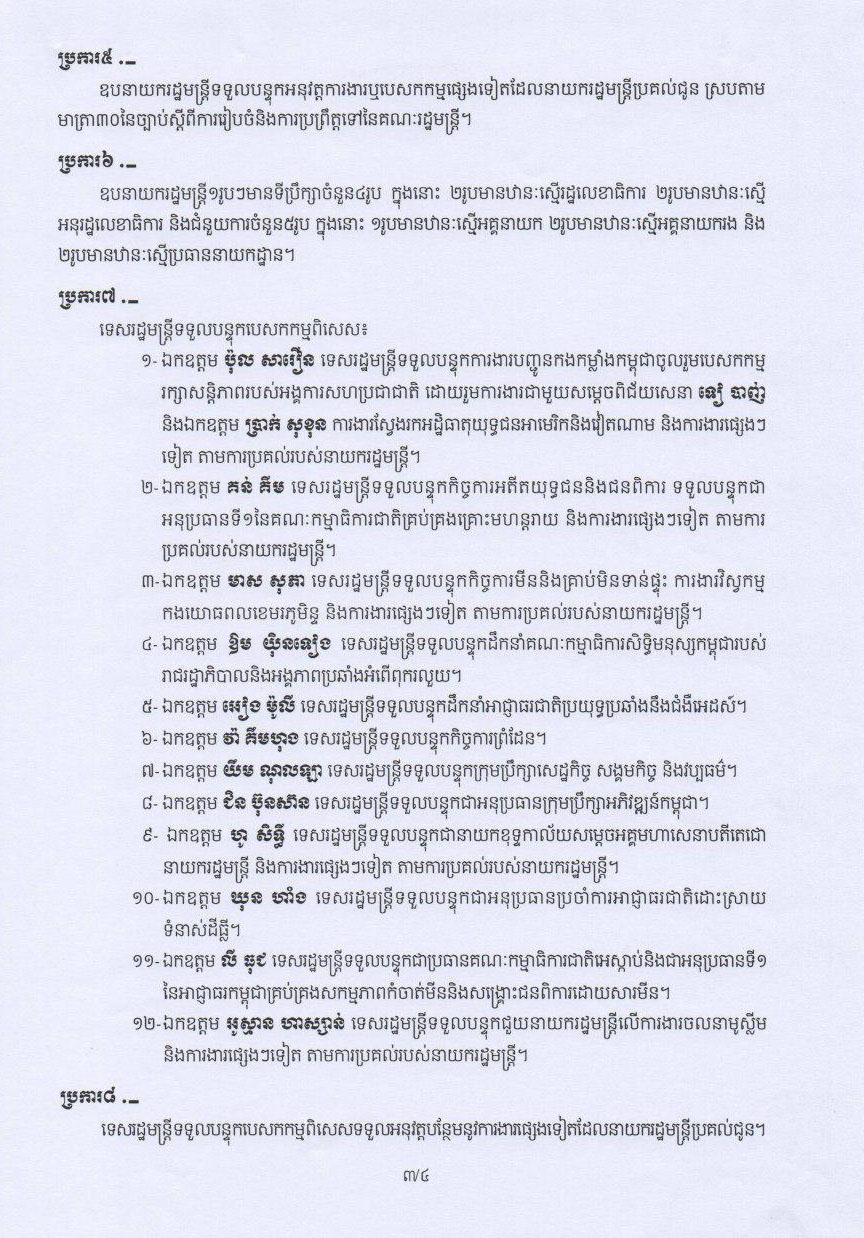 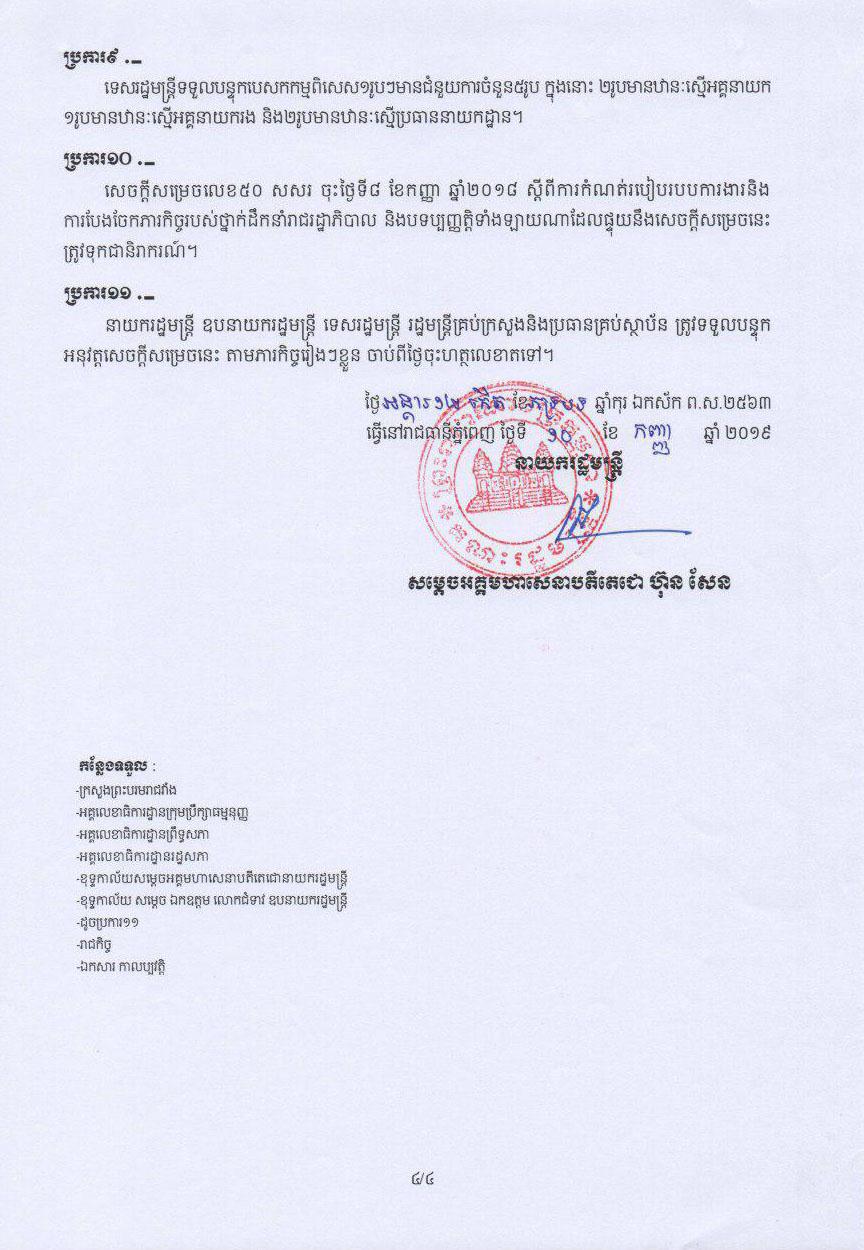 Below is the government’s decision to allocate tasks for heads of the Royal Government, dated 8 September 2018: 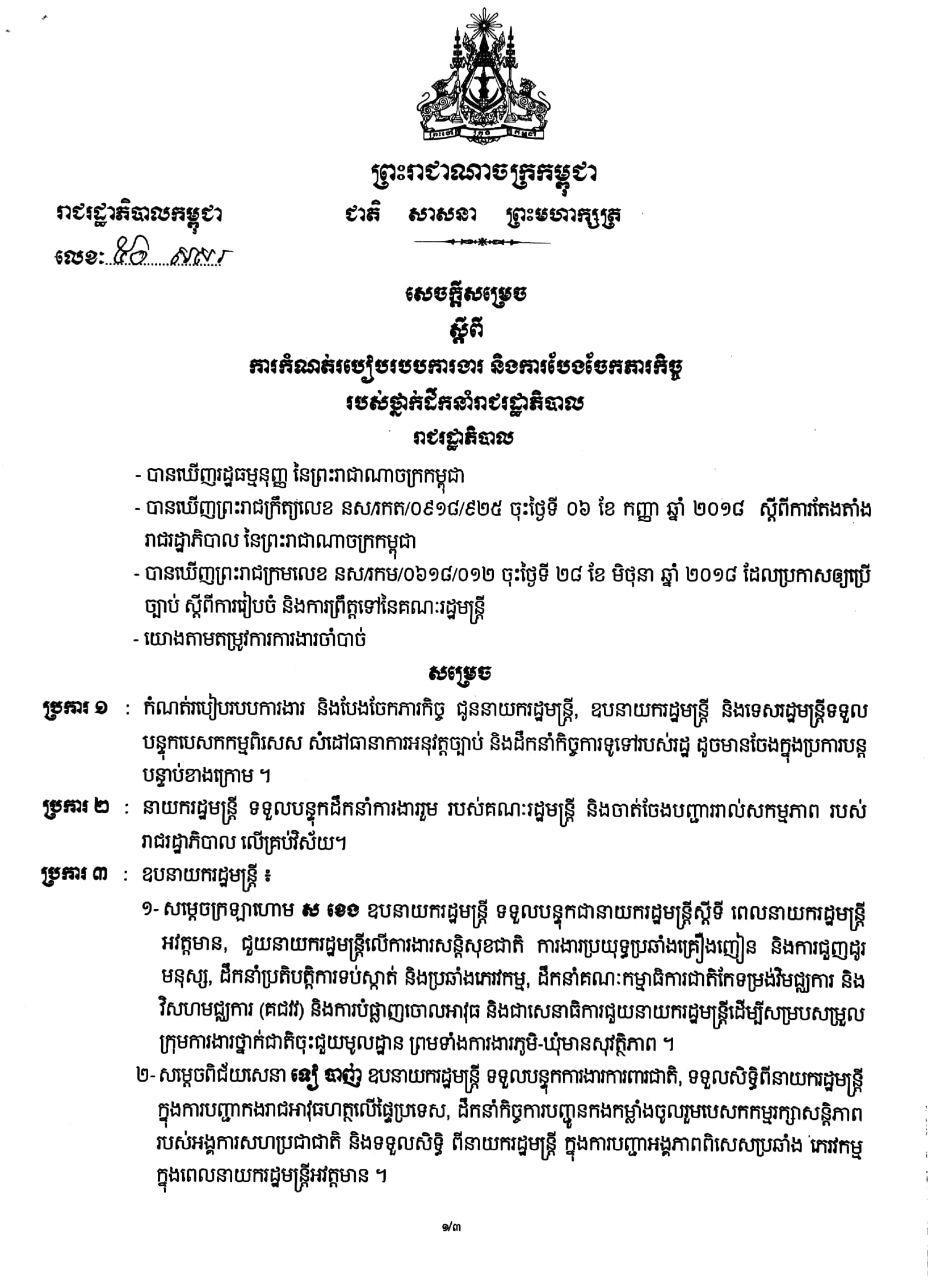 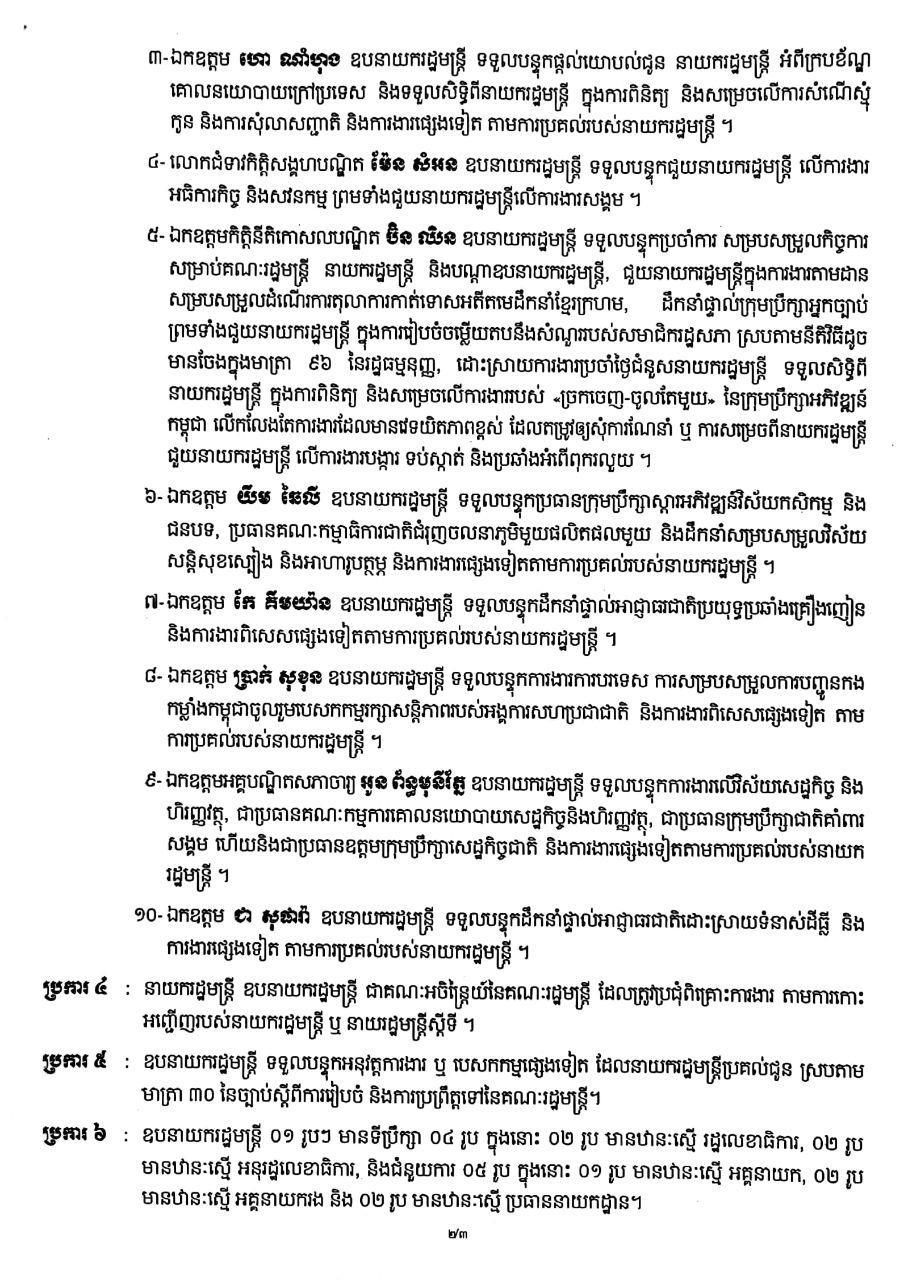 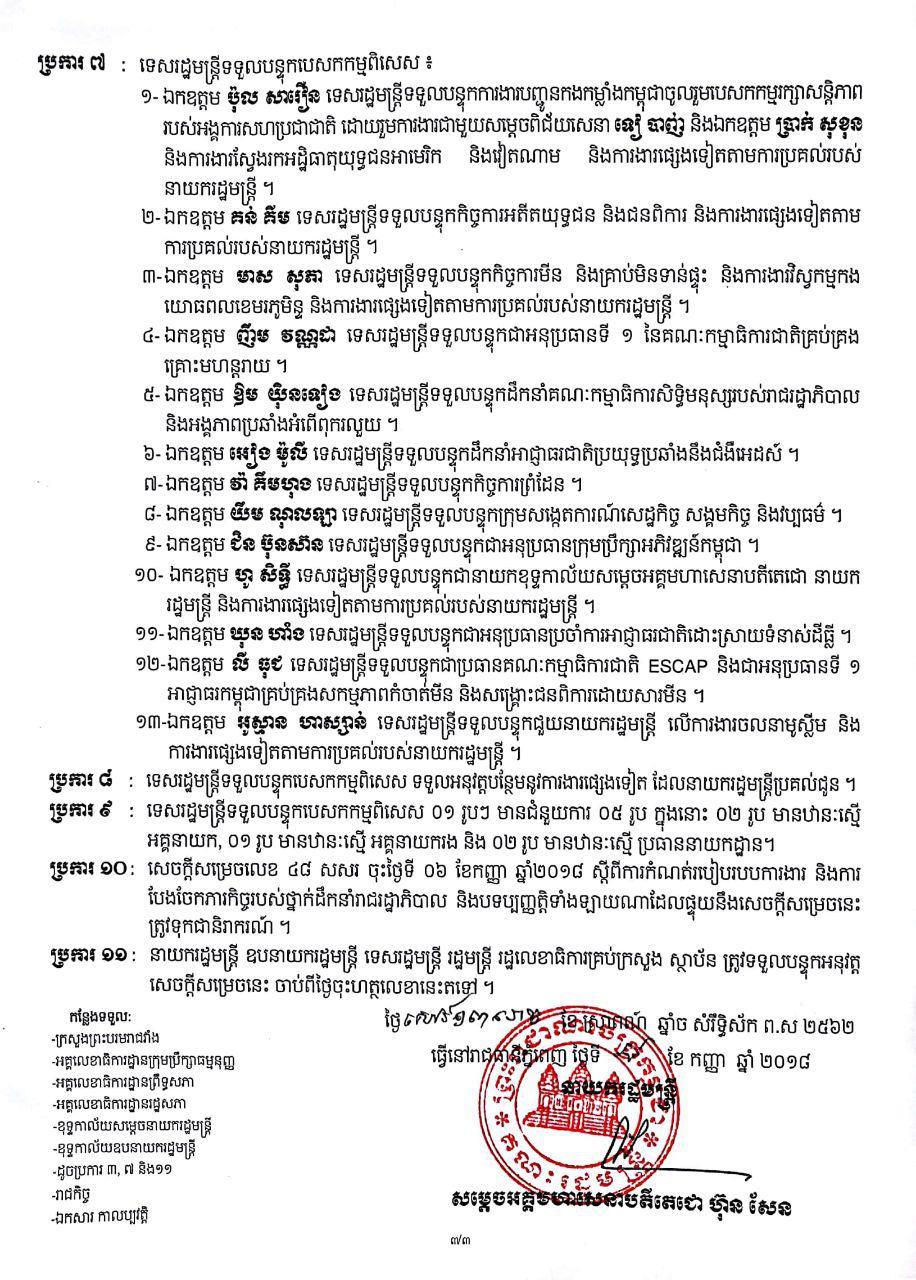