Phnom Penh (FN), Sept. 10 – The spokesperson of the Ministry of Foreign Affairs of Cambodia is compelled to respond to the statement of the spokeswomen of the US State Department on 10 September 2019 urging, among other things, the Royal Government of Cambodia to drop all charges against Kem Sokha, according to the statement dated Tuesday, 10 September.

“We wish to remind that the failed attempt to push for regime change through undemocratic means is not the exercise of fundamental human rights and democracy. The Cambodian government is within its sovereign rights to take the necessary legal measures against individuals and entities who violated the Cambodian Constitution and other laws currently in force in order to protect its national security and the rule of law,” the statement continued.

“Cambodia urges foreign politicians and administrations to adhere to the rule based multilateralism and the basic norms governing international relations, as enshrined in the United Nations Charter, to respect Cambodia's sovereignty and show utmost restraint from interfering in Cambodia's internal affairs under the pretext of human
rights and democracy.”
=FRESH NEWS 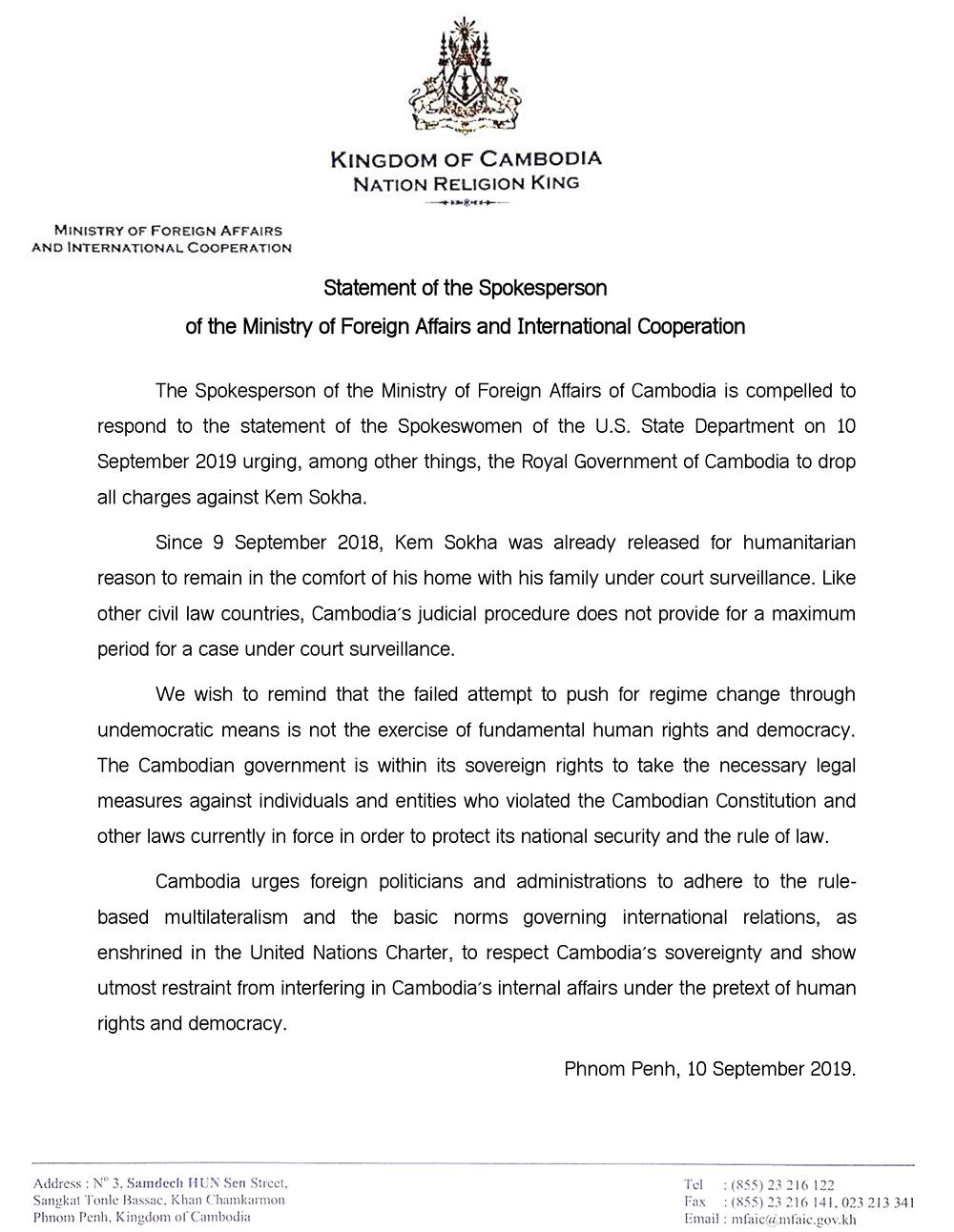