Trump Fires John Bolton, Who Says He Resigned amid Disagreements

"I informed John Bolton last night that his services are no longer needed at the White House. I disagreed strongly with many of his suggestions, as did others in the Administration," Trump tweeted on Tuesday, adding that he would name a replacement next week.

Bolton, a leading foreign policy hawk and Trump's third national security adviser, had pressed the president not to let up pressure on the DPRK despite diplomatic efforts.

Bolton, a chief architect of Trump's strident stance against Iran, had also argued against Trump's suggestions of a possible meeting with the Iranian leadership and advocated a tougher approach on Russia and, more recently, Afghanistan.

The announcement followed an acrimonious conversation on Monday that included their differences over Afghanistan, said a source familiar with the matter.

The 70-year-old Bolton, who took up the post in April 2018, replacing H.R. McMaster, had also often been at odds with Secretary of State Mike Pompeo, a Trump loyalist.

Offering a different version of events than Trump, Bolton tweeted: "I offered to resign last night and President Trump said, 'Let's talk about it tomorrow.'"

Stephen Biegun, special U.S. envoy on the DPRK, is among the names that have been floated as possible successors.

"Biegun is much more like Pompeo understands that the president is the president, that he makes the decisions," said a source close to the White House.

White House spokeswoman Stephanie Grisham said "many, many issues" led to Trump's decision to ask for Bolton's resignation. She would not elaborate. 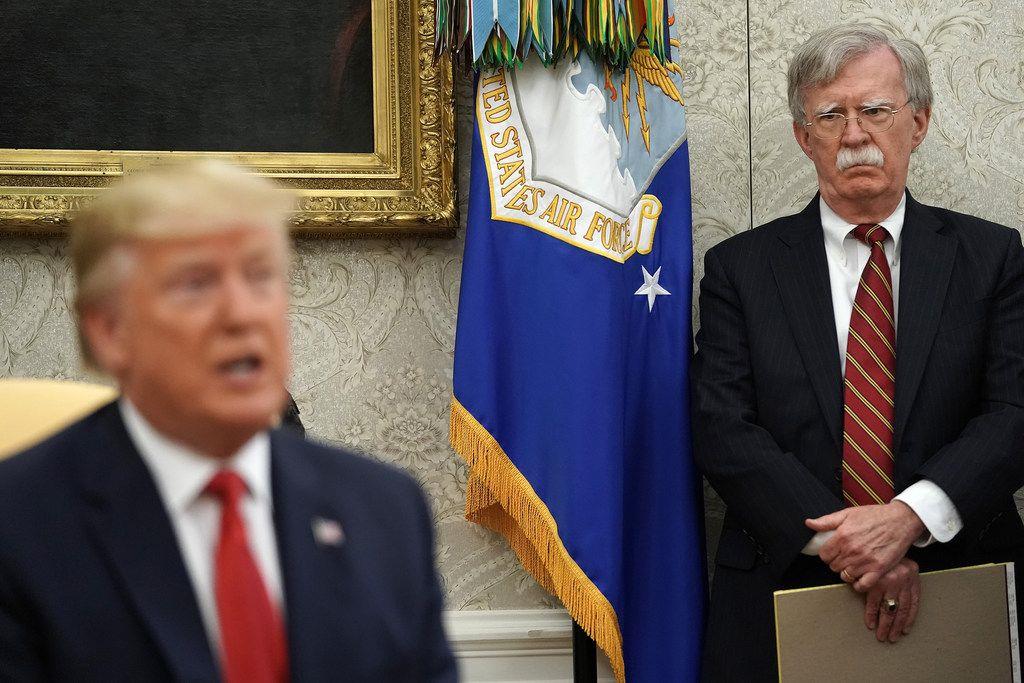