The DPRK fired a new round of short-range projectiles on Tuesday, Republic of Korea (ROK) officials said, only hours after it signaled a new willingness to resume stalled denuclearization talks with the United States in late September.

Kim "gave field guidance to the test-fire of super-large multiple rocket launcher again on Tuesday," according to KCNA.

Kim also said that the latest test has finally verified the aspects related to its combat operation, characteristics of trajectory, accuracy and precise homing functions, adding the remaining step is to run a fire test "which is most vivid character in terms of the power of multiple rocket launcher."

The KCNA, however, did not mention whether the test was a success.

The top nuclear envoys of the ROK and the U.S. held telephone talks Tuesday and discussed the DPRK's denuclearization, according to Seoul's foreign ministry.

Lee Do-hoon, special representative for Korean Peninsula peace and security affairs, spoke by phone with his U.S. counterpart, Stephen Biegun, about the latest on the situation of the Korean Peninsula and ways to make progress for lasting peace and achieve denuclearization in the region, the ministry said in a release.

They also agreed to meet in person at an early date to continue the talks, the ministry said. 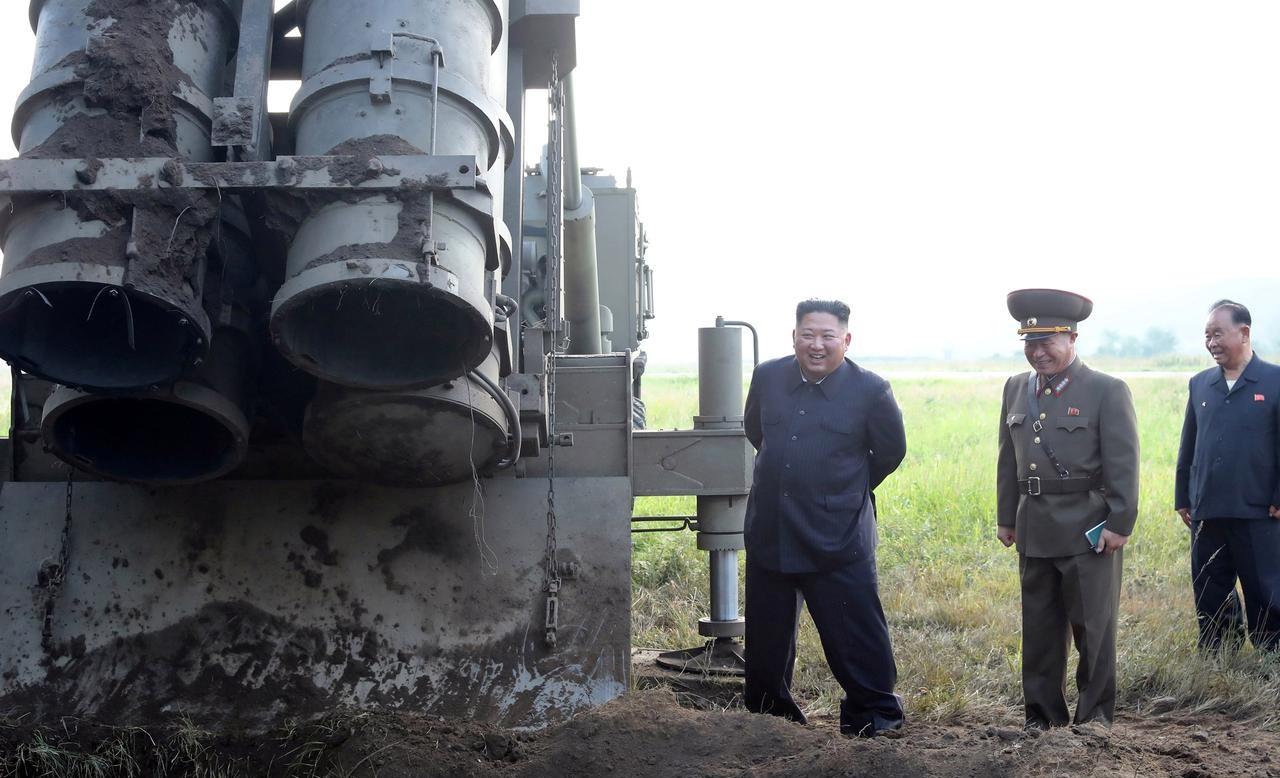