Phnom Penh (FN), Sept. 11 – At the invitation of Cambodian Prime Minister Hun Sen, Dr. Thongloun Sisoulith, Prime Minister of the Lao People's Democratic Republic (Lao PDR), will lead a high-level delegation to pay an official visit to the Kingdom of Cambodia from 12-13 September 2019.

According to the press release of the ministry dated Wednesday, during the visit, Prime Minister of the Lao PDR will pay separate courtesy calls on Samdech Say Chhum, Acting Head of State of the Kingdom of Cambodia, and Samdech Heng Samrin, President of the National Assembly.

“While staying in Phnom Penh, Prime Minister of the Lao PDR will lay wreathes at the Independence Monument and pay tribute at the Royal Memorial Statue of the Late King-Father of Cambodia.” 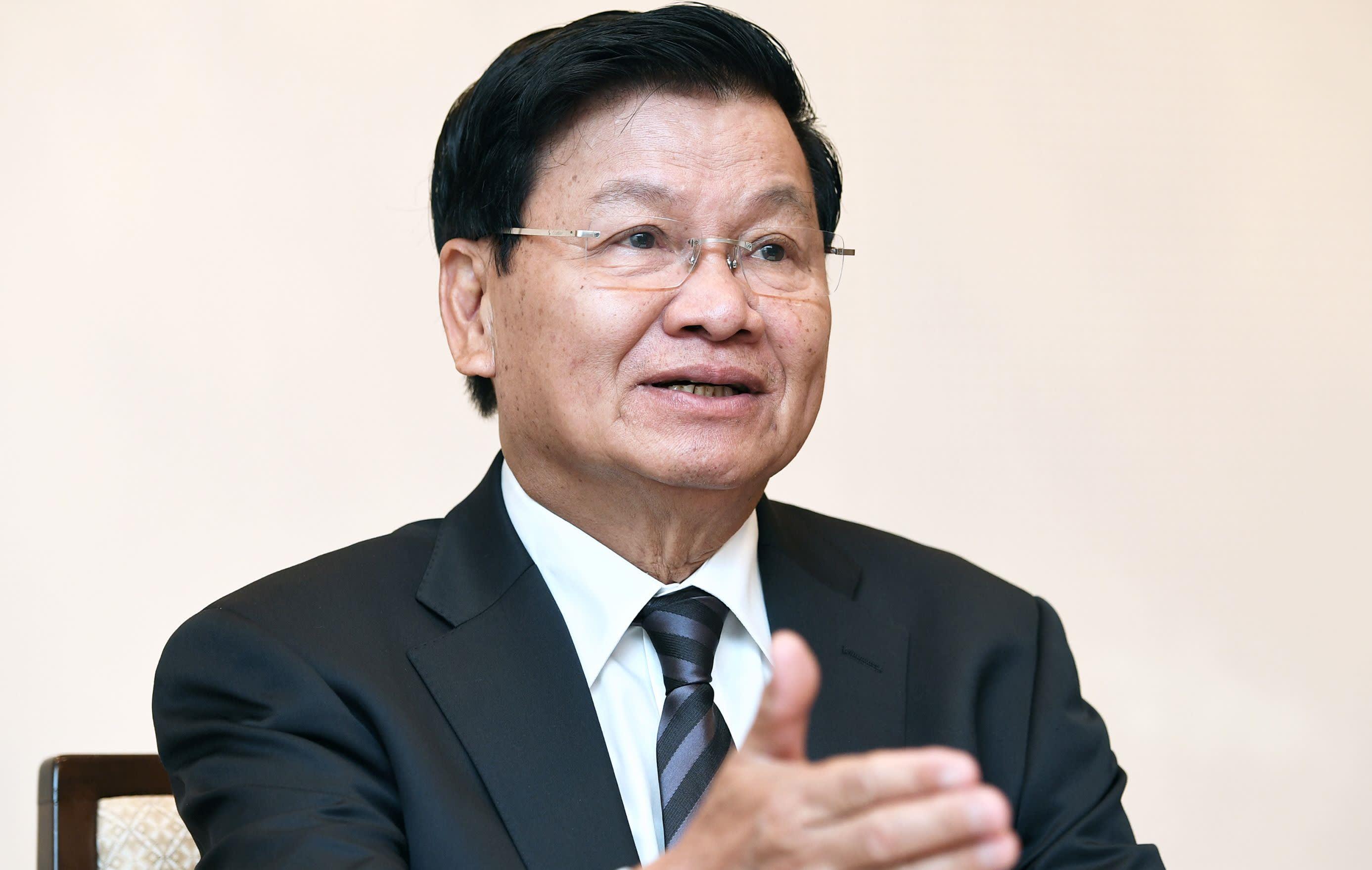 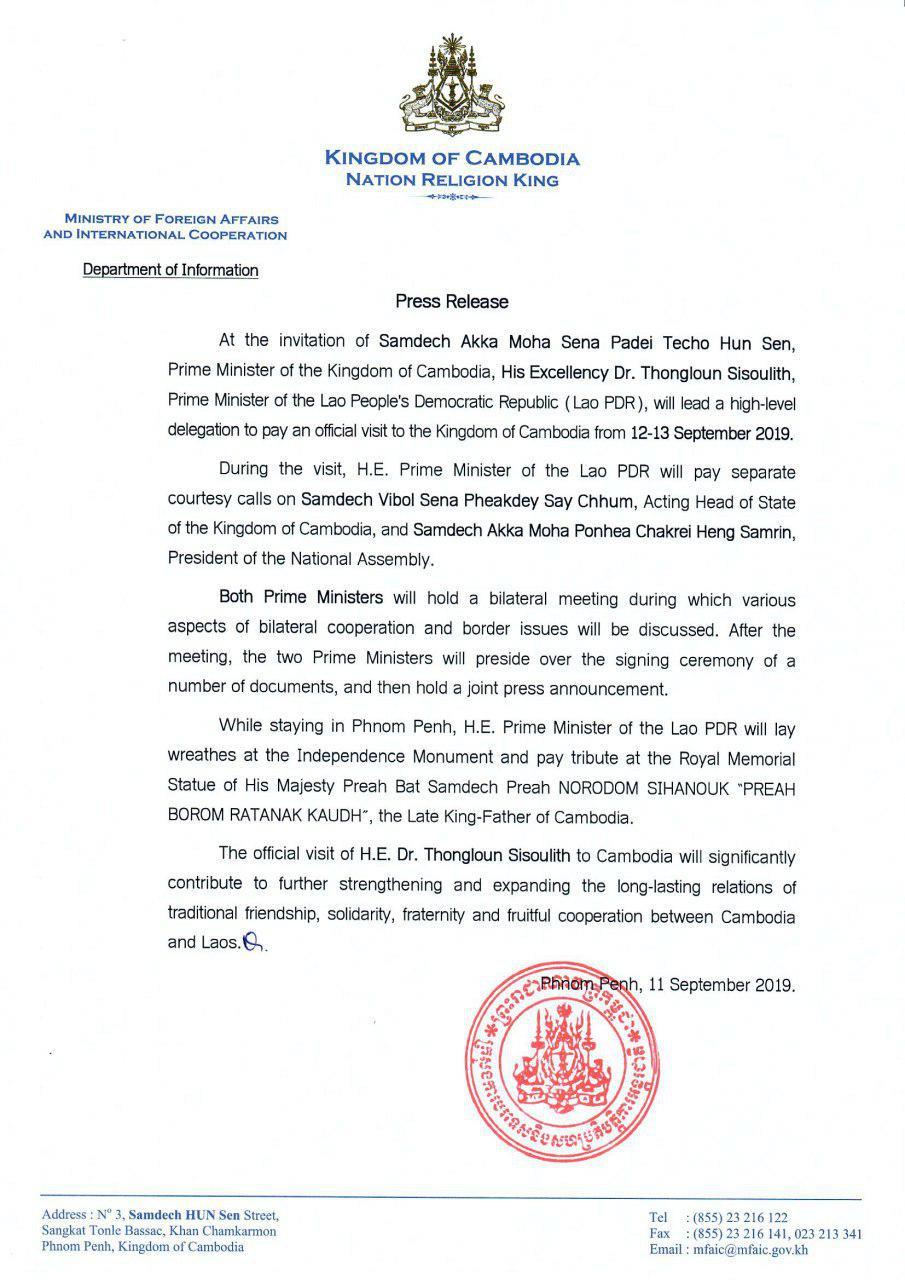