The reshuffle, which followed a shakeup of his Liberal Democratic Party (LDP) executive lineup earlier Monday, has seen 17 of the prime minister's 19 cabinet ministers either replaced or reassigned within the government, with as many as 13 new ministers being introduced.

Finance Minister Taro Aso, who doubles as deputy prime minister, and Chief Cabinet Secretary Yoshihide Suga have retained their positions, as they have served as particularly close allies of the prime minister in their respective posts, held since Abe returned to power in 2012.

In other key moves, Foreign Minister Taro Kono was picked as defense minister and economic revitalization minister Toshimitsu Motegi was given the foreign minister portfolio.

In a move aimed at improving public support for the ruling party, 38-year-old Shinjiro Koizumi, son of former Prime Minister Junichiro Koizumi, was given a cabinet position and will take up the environment minister portfolio in his first role as a minister.

In other moves aimed at shoring up support among his administration, Koichi Hagiuda, executive acting secretary general of the LDP was named education minister, while Deputy Chief Cabinet Secretary Yasutoshi Nishimura will now assume the position of economic revitalization minister.

Abe named upper house lawmaker Seiko Hashimoto as minister in charge of the 2020 Tokyo Olympics and Paralympics, bringing the number of females in his cabinet to two, and from the LDP's junior coalition Komeito ally, Kazuyoshi Akaba has replaced Keiichi Ishii as minister of land, infrastructure, transport and tourism.

In a party meeting in the morning, the Japanese premier pledged to achieve a first-ever amendment to the Constitution.

Abe also said he wants to establish a new team that can ensure political "stability" and "tackle new challenges."

The prime minister earlier Monday also rejigged his executive lineup, with his selections maintaining the backbone at LDP headquarters with the selection of key party influencers.

The new lineup saw Toshihiro Nikai retained as secretary-general and Fumio Kishida, a possible successor to Abe when his term as party leader ends in 2021, kept on as the party's Policy Research Council chief.

Shunichi Suzuki, meanwhile, will relinquish his post as Olympics Minister, and be reassigned as the chairperson of the LDP's decision-making General Council.

Hakubun Shimomura, for his part, will serve as chairperson of the LDP's Election Strategy Committee.

Abe's cabinet revamp comes on the heels of a national poll showing on Tuesday the approval rating for the former cabinet had dropped from last month, with the disapproval rate rising.

According to the survey conducted by Japan's public broadcaster NHK, the approval rating for Abe's cabinet dropped by one point from last month to stand at 48 percent, while the disapproval rate rose by two points to 33 percent.

Those in support of the cabinet said that the administration "seems better than other alternatives," although only 20 percent felt it had the ability to put new policies into effect.

As for Abe's trustworthiness, 31 percent of those polled by NHK and were disapproving of the current cabinet said they did not trust the prime minister. An overall 33 percent, meanwhile, were in disapproval of the overall current administration.

While Abe is now almost certain of becoming Japan's longest-serving prime minister in November and thus theoretically raising his chances of achieving his career-led goal of amending Japan's pacifist Constitution, NHK's poll showed that only 5 percent of respondents felt that this was an important policy issue that the new cabinet should tackle.

For Abe's and the LDP's singular objective of amending the Japanese Constitution to ostensibly allow the Self-Defense Forces (SDF) a bigger footprint on the global stage in a significant departure from Japan's long-held and revered pacifist stance, a two thirds majority will be needed on the issue in both houses of Japan's bicameral parliament.

Thereafter, a simple majority will be needed to be achieved in a national referendum, successes in both of which will still remain an uphill struggle for Abe and other pro-amendment forces within the ruling camp considering ongoing resistance in parliament and the public's opposition to the move, as was shown in July's upper house election results. 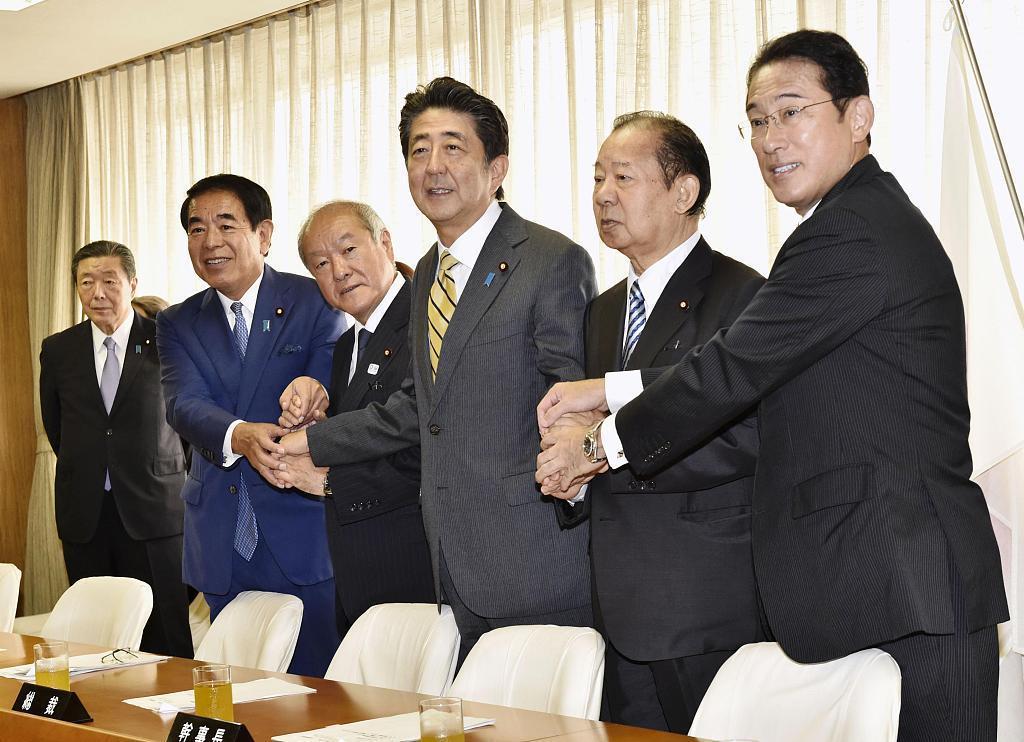