"We live in fear on a daily basis," says HK woman representative

GENEVA, Sept. 11 (Xinhua) -- "The reason I'm here today is that we live in fear on a daily basis," Pansy Ho Chiu-king, the chairperson of the Hong Kong Federation of Women, told a press conference here on Wednesday, citing the escalating violence in the city.

After addressing the 42nd session of the United Nations (UN) Human Rights Council earlier in the day, the woman representative was invited by the UN correspondents' association (ACANU) to talk about the situation in Hong Kong.

For months, radical protests and violent activities have drawn people's attention and raised concern about the stability of the international financial hub.

"My traveling is significantly hindered. I had to change my airplane simply just because now they are starting to threaten to do more damage, not just to the airport," Ho noted.

As a business leader in the city, Ho said that in the economic sense, the hardest hit by the radicals were "many small businesses, including the mom-and-pop shops, especially eateries and small shops."

"We should be sitting down and reflecting and expressing," she said, adding that although the Hong Kong people have this freedom, some radicals just chose not to use it but rather to create so much havoc, holding hostage other people's freedom and rights to live a normal life.

All Hong Kong people need to learn something from reviewing what happened this summer in the city, and make "the right interpretation of freedom," she said.

The Hong Kong Federation of Women would like to call for an end to the violence, and urge the formation of "a platform for stronger dialogue," she said. 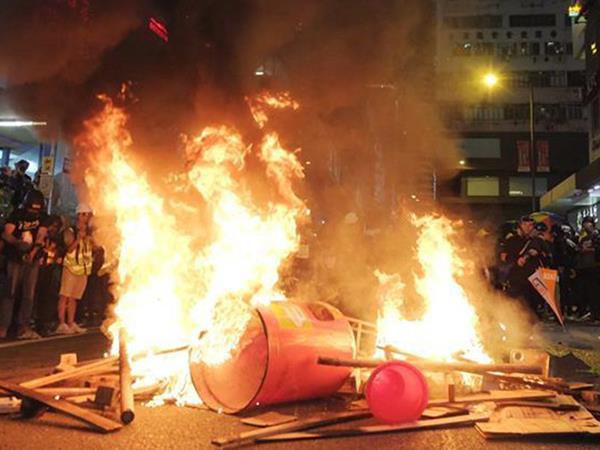