In a statement dated 13 September 2019, “The Royal Palace Ministry strongly condemns Sam Rainsy, whose treacherous nature has always harmed the reputation of His Majesty the King of Cambodia, a highly revered King fulfilling a noble role of national unity and sustainability.

The Royal Palace added that due to the noble role of His Majesty, the kingdom is enjoying peace and development under the leadership of the Royal Government of Cambodia.

Rainsy's act of insulting has violated the Cambodian constitution. 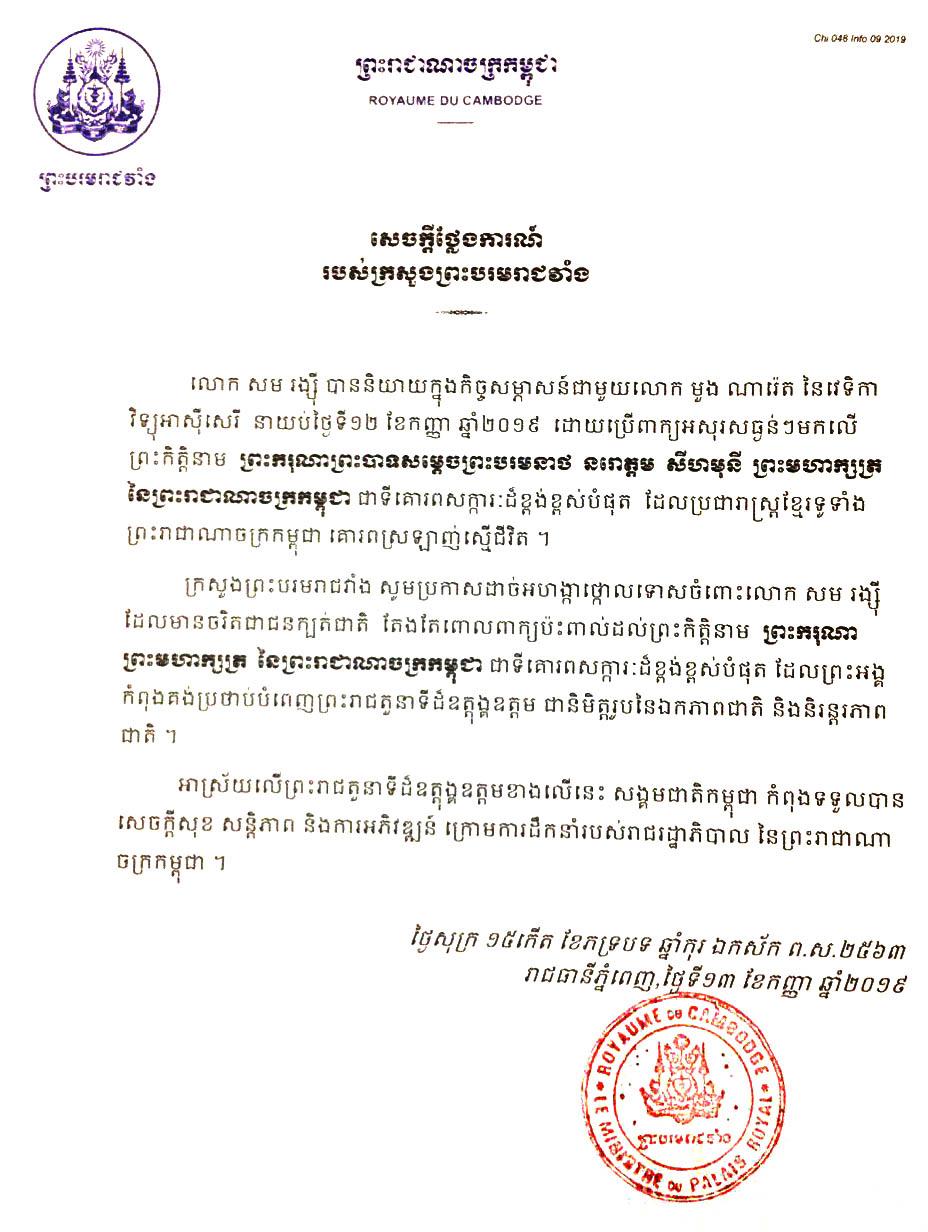