“Sam Rainsy’s defamation and accusation aim to cause social insecurity, a violation of Cambodian criminal code,” according to the lawyer group’s statement. 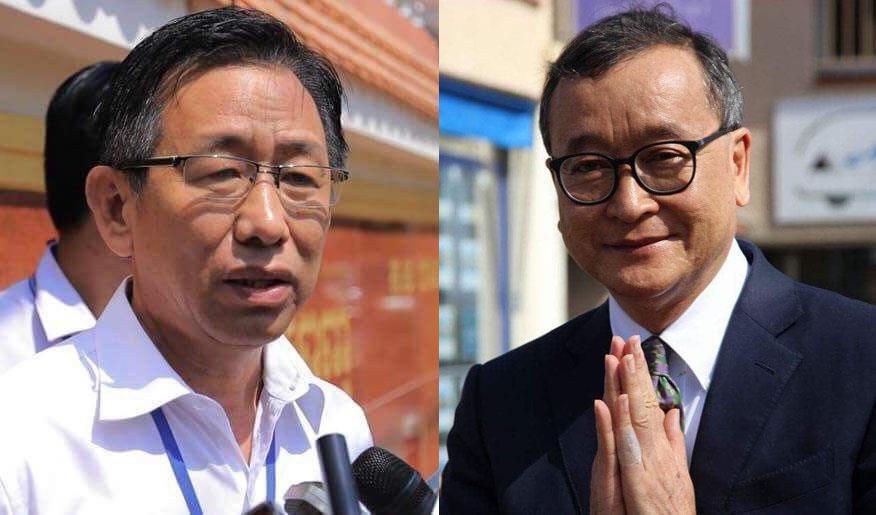 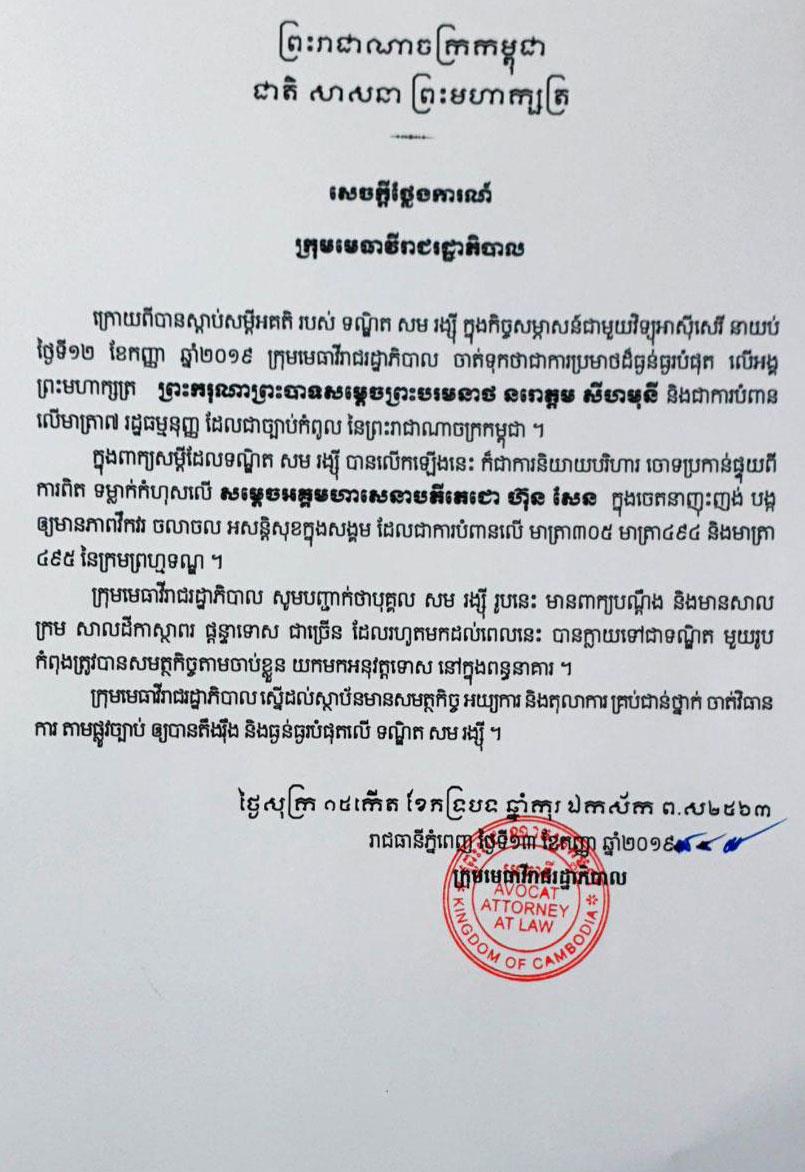