Cambodian side emphasized the importance of the traditional friendship between Cambodia and the Czech Republic since the 1950s, when the leaders of the two countries have continuously built and expanded the relations until today.

Cambodia always remembers the support of the Czech Republic during 1980s when the kingdom suffered from post-war period and the genocide.
=FRESH NEWS 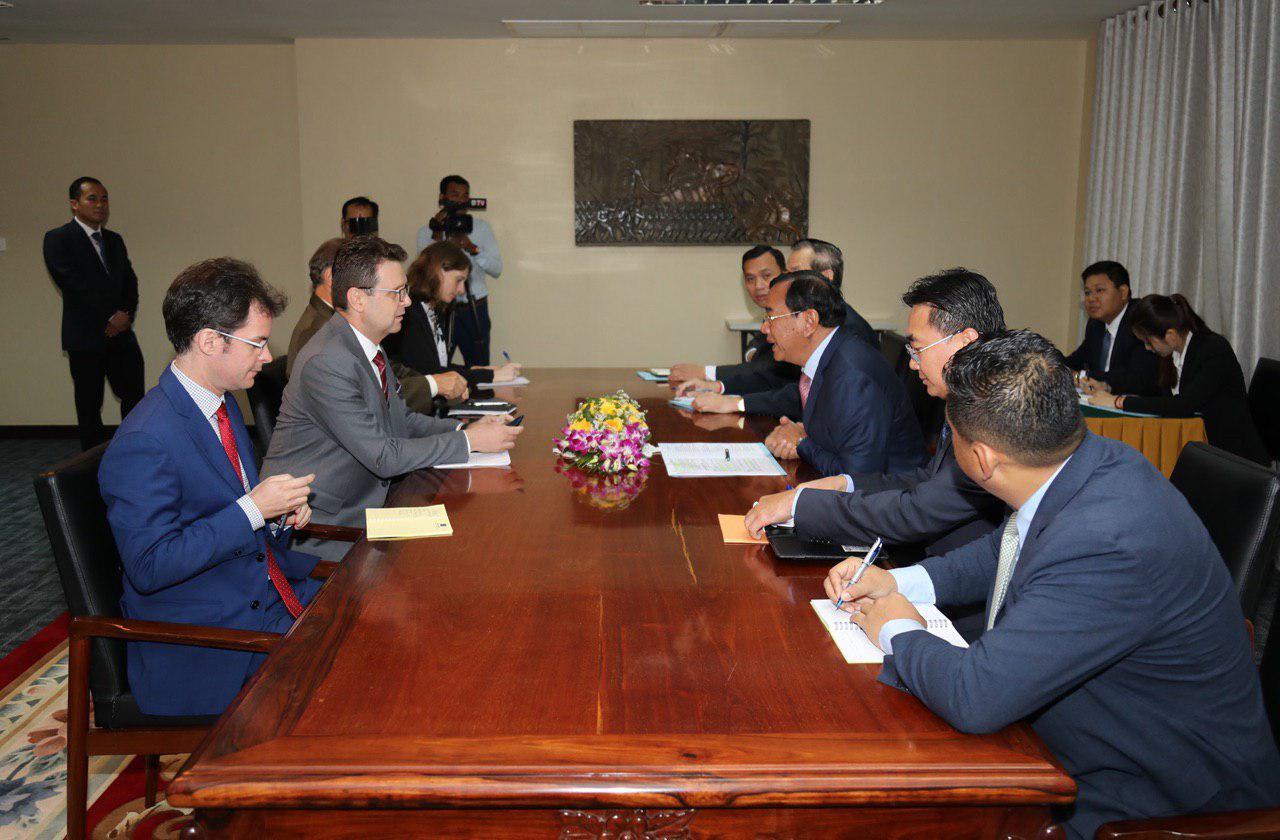 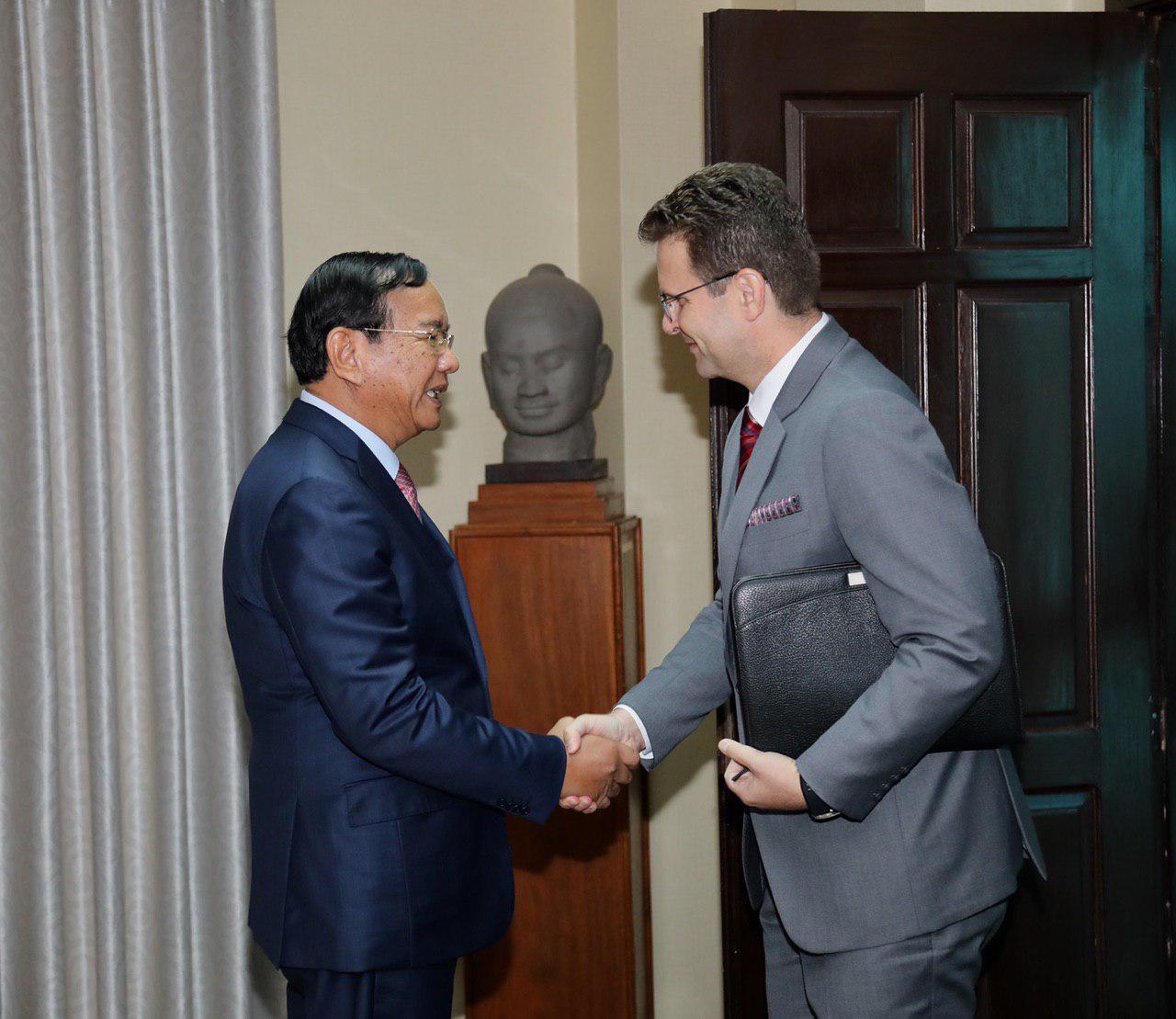 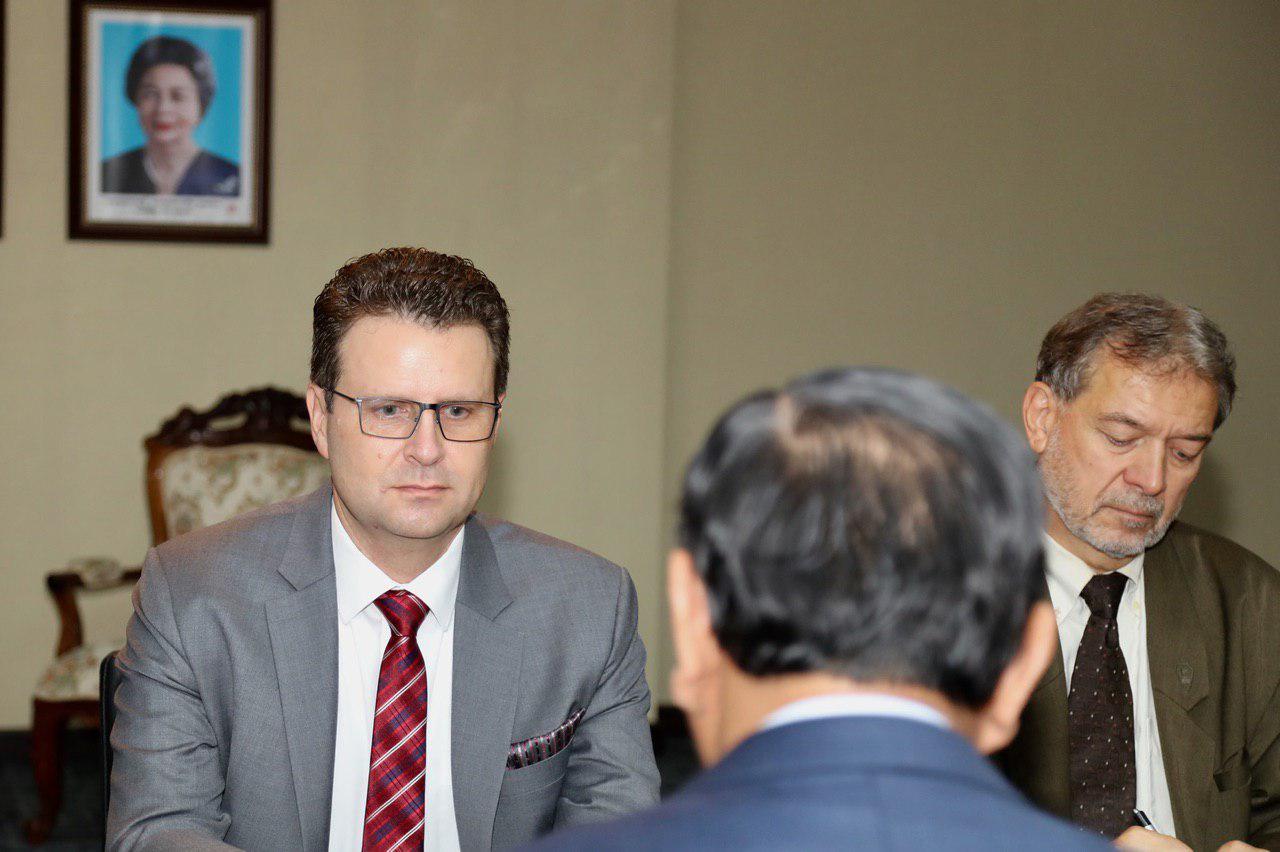 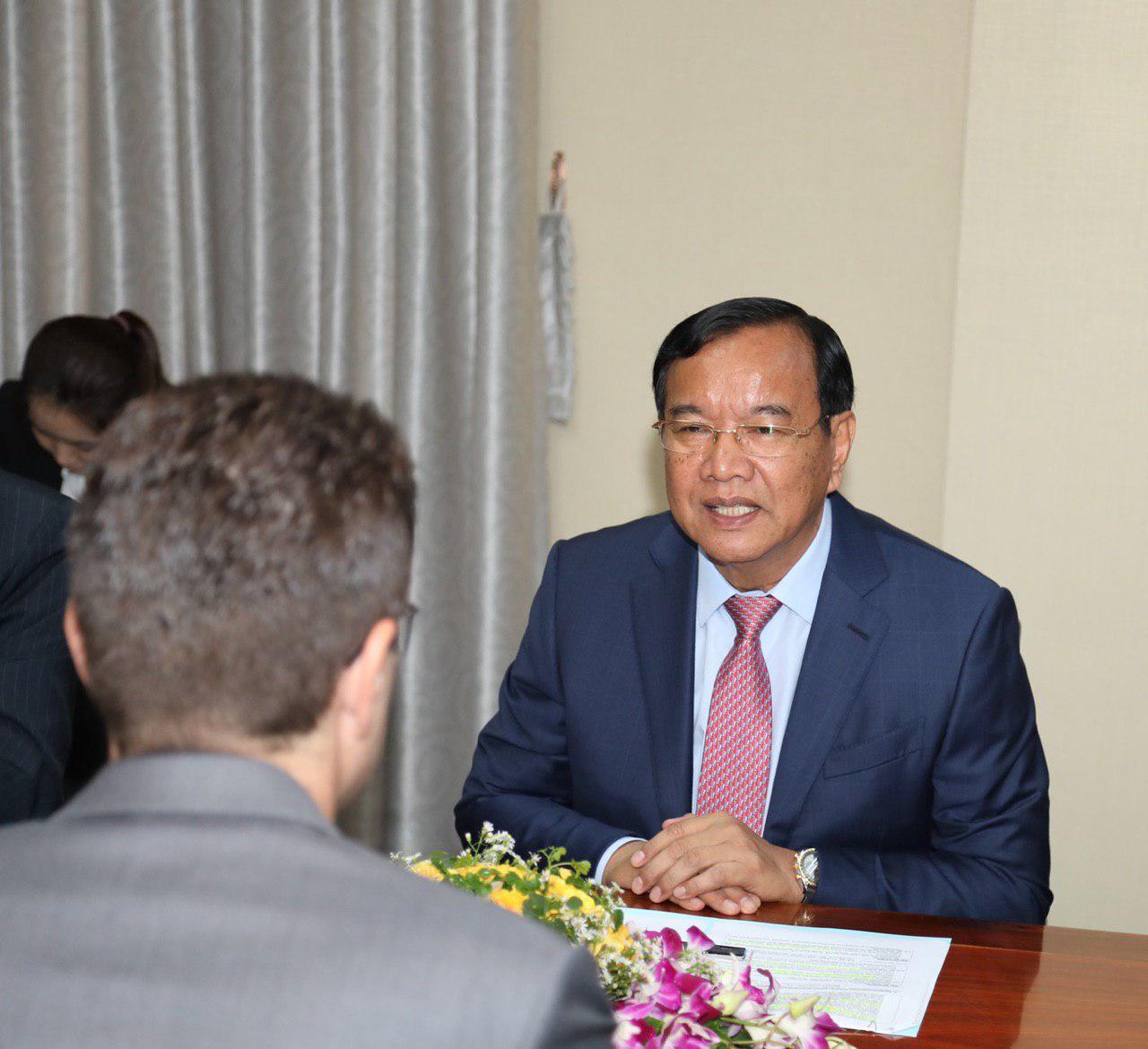 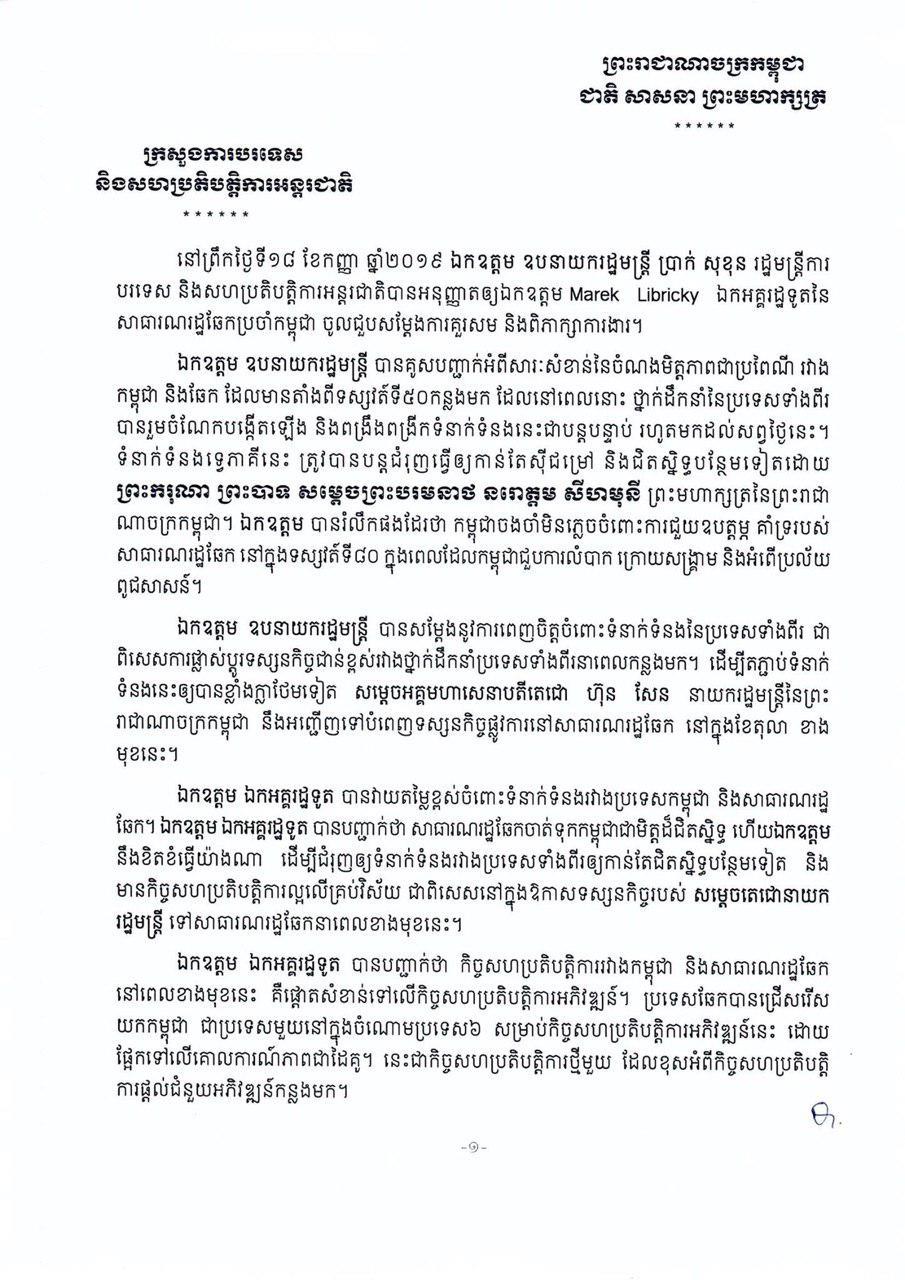 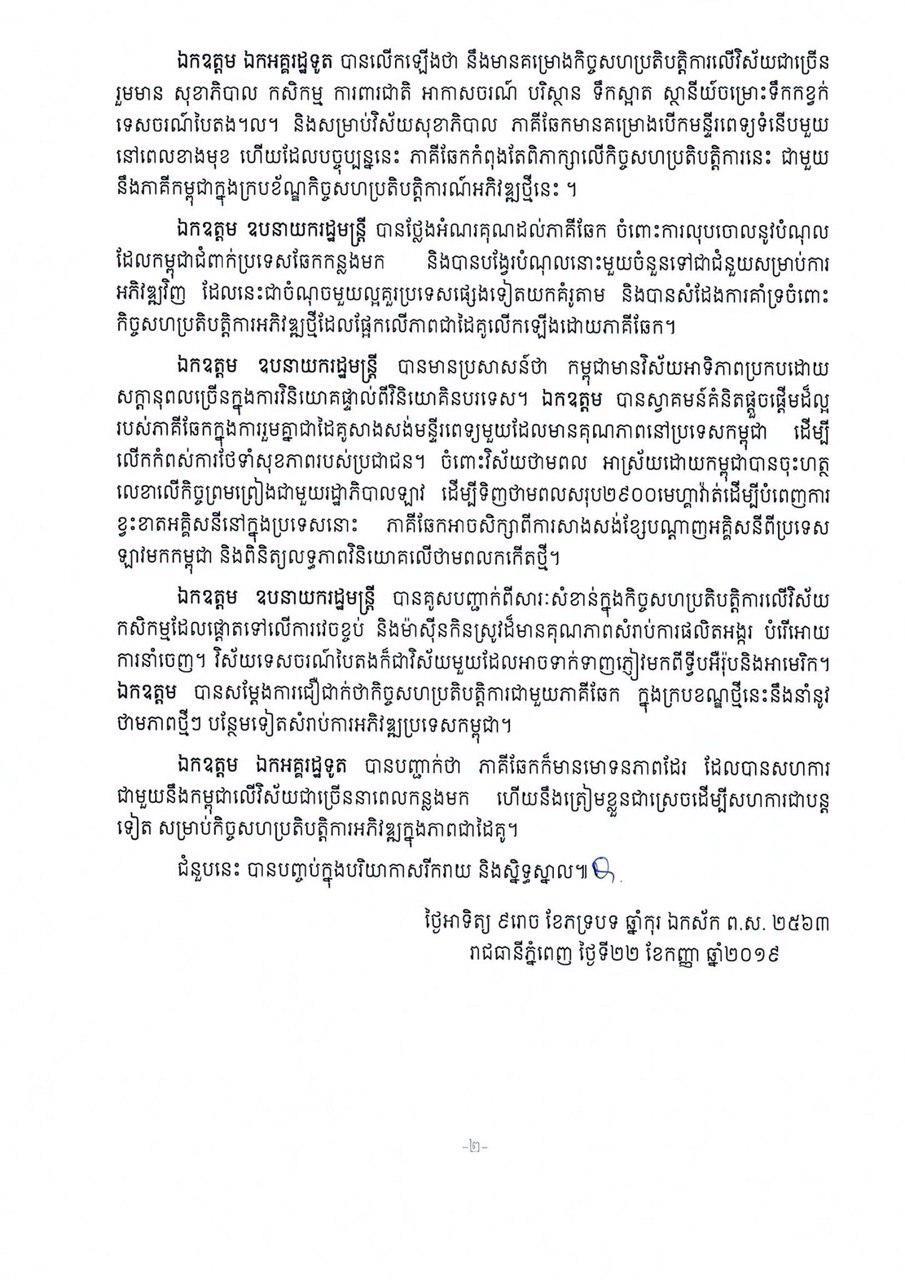