The premier will be accompanied by Tea Banh, Minister of National Defense; H.E. Prak Sokhonn, Minister of Foreign Affairs and International Cooperation; H.E. Var Kimhong, Senior Minister in charge of Border Affairs; H.E. Pan Sorasak, Minister of Commerce; H.E. Suy Sem, Minister of Mines and Energy; and H.E. Thong Khon, Minister of Tourism, as well as other senior government officials and business leaders from the Cambodia Chamber of Commerce.

In addition, the premier will hold bilateral meeting with his Vietnamese counterpart, H.E. Nguyen Xuan Phuc, during which various bilateral, regional, and international issues of mutual interests and common concerns will be discussed. After the meeting, the two Prime Ministers will preside over the signing ceremony of a number of documents on promoting bilateral cooperation.

Both Prime Ministers will address the opening of Viet Nam-Cambodia Investment and Trade Promotion Conference to be held in the afternoon of 4 October. On the second day of the visit, they will preside over the Review Conference on Cambodia-Viet Nam Land Boundary Demarcation, which is expected to conclude with the signing of two legal documents to acknowledge the completion of 84 percent of the land boundary demarcation work.

While staying in Ha Noi, Samdech Techo Prime Minister will lay wreaths and pay homage at the Memorial of National Heroes and Martyrs and Ho Chi Minh Mausoleum.
=FRESH NEWS 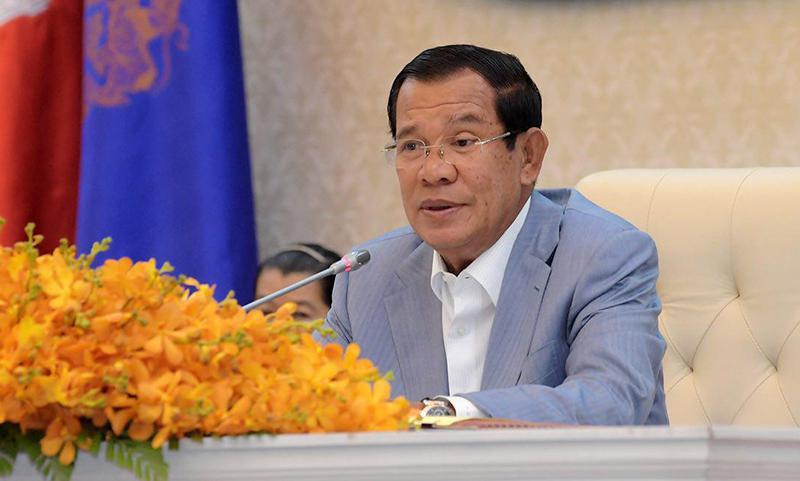 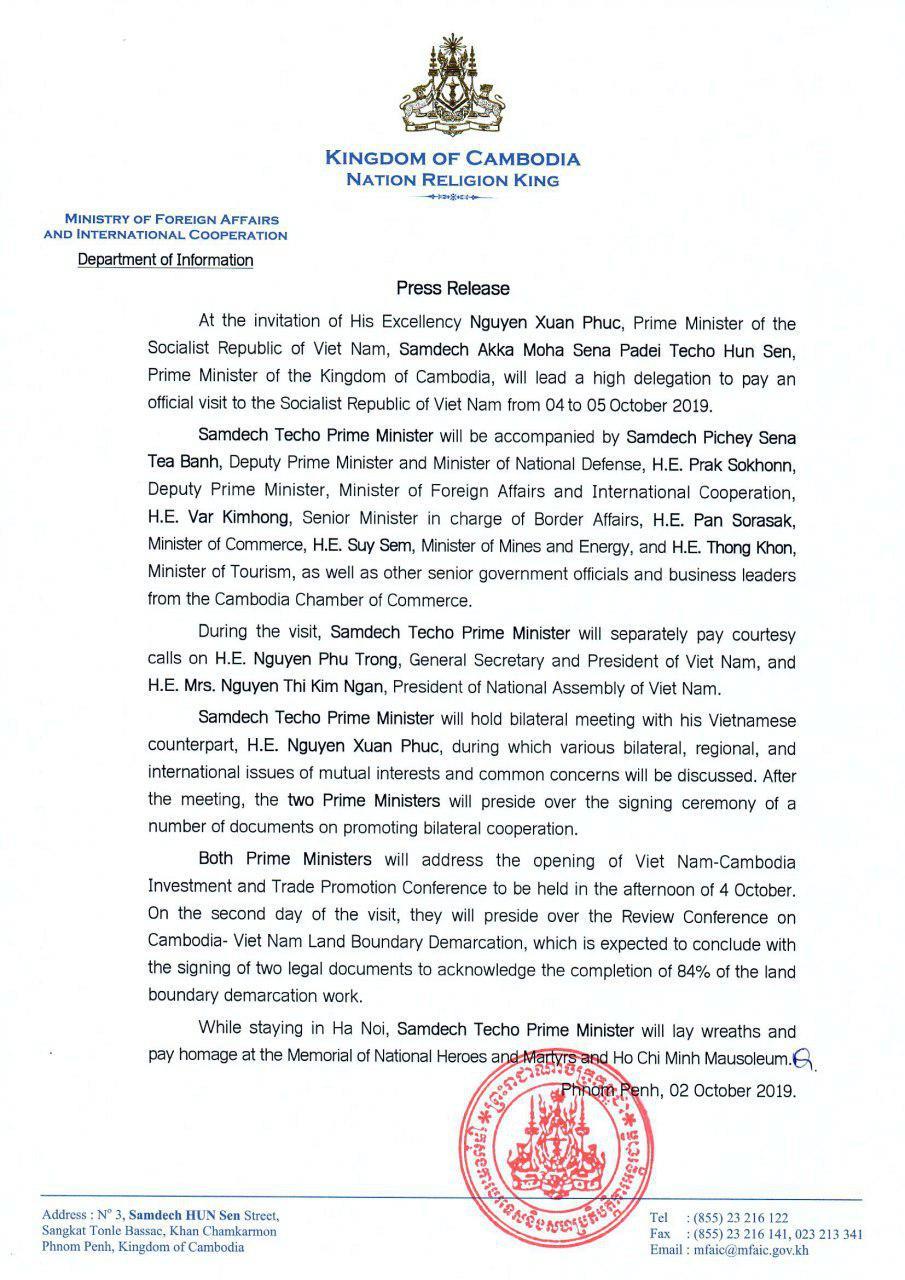