Phnom Penh (FN), Oct. 2 – Dr. Hun Manet, the eldest son of Cambodian Prime Minister Hun Sen, hoped that Sam Rainsy would not consider the statement of US Embassy’s spokesperson as a “fake or diplomatic.

"Emily V. Zeerberg's clarification from the US Embassy regarding the conditions for accreditation of graduates of US higher education institutions indicates that the degree does not discriminate your origin or whether you are American and foreign students,” Manet wrote on his Facebook page shortly after the embassy spokesperson‘s statement on Wednesday.

"I hope he [Rainsy] appreciates the clarification of the US Embassy spokesperson who defends the value of the US education system, especially the US higher education institutions, and hope that Sam Rainsy will not consider the spokesperson's clarification as fake or diplomatic,” he added.

“We welcome Cambodian students’ interest in studying abroad in the United States. US higher education institutions have an unmatched reputation for academic quality and critical thinking, and provide excellent English language preparation for future careers. In the last year alone, the number of Cambodian students studying in the United States rose nearly 30 percent,” she added.

Hun Manet was the first Cambodian to graduate from West Point Military Academy of the United States in 1999. Today, he serves as Cambodian army commander.

In response, General Hun Manet, on Monday, called out Rainsy to wager with him over allegations that his from West Point was a fake one.
=FRESH NEWS 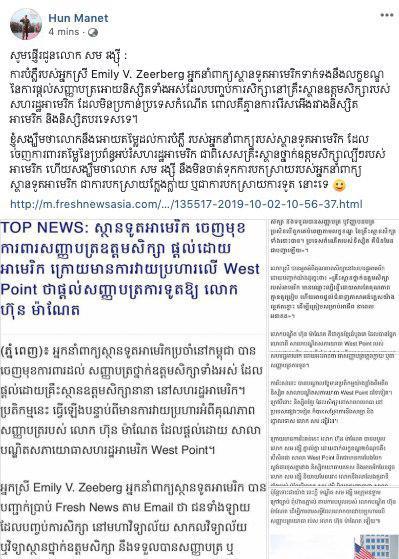 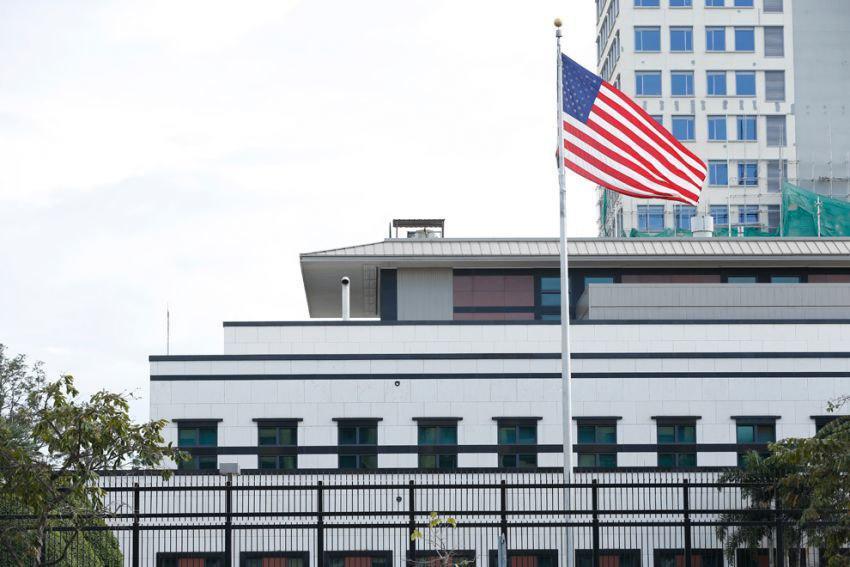 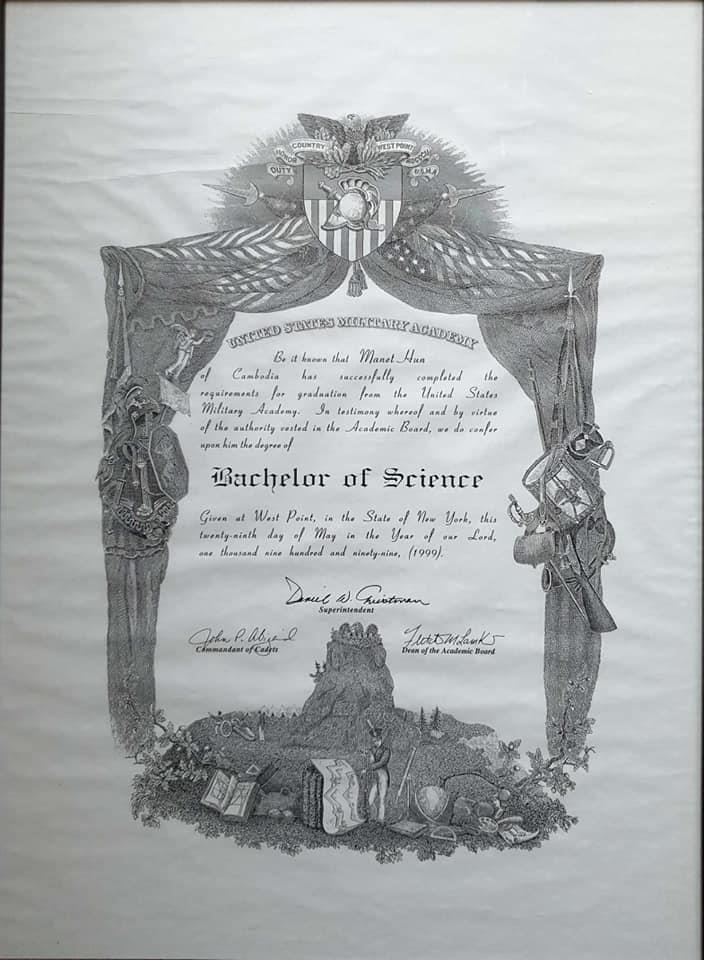 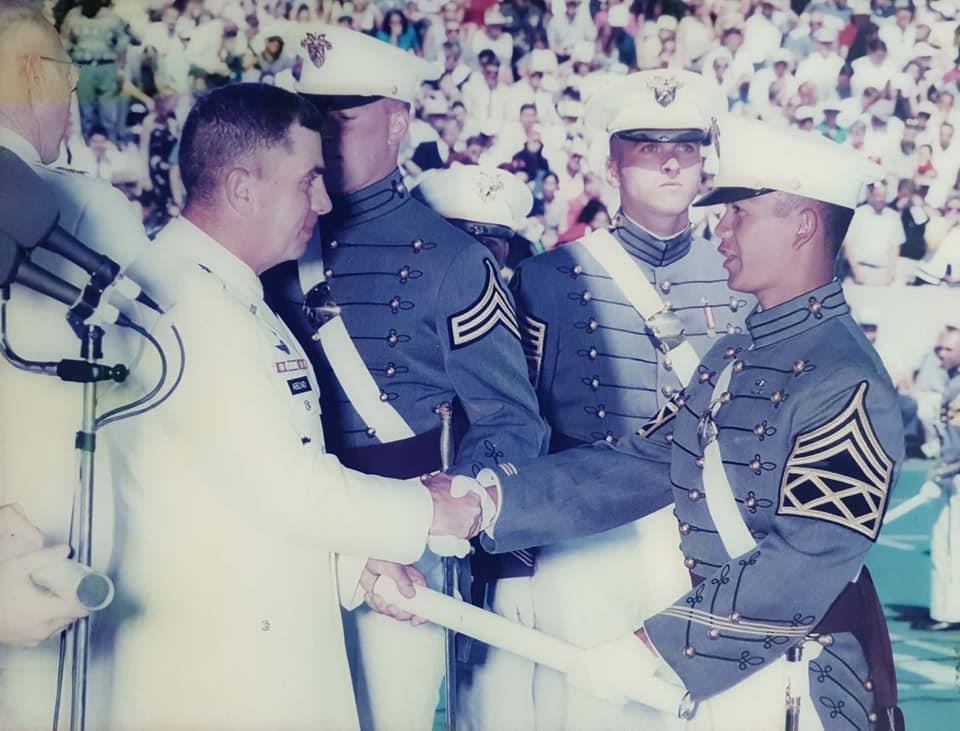 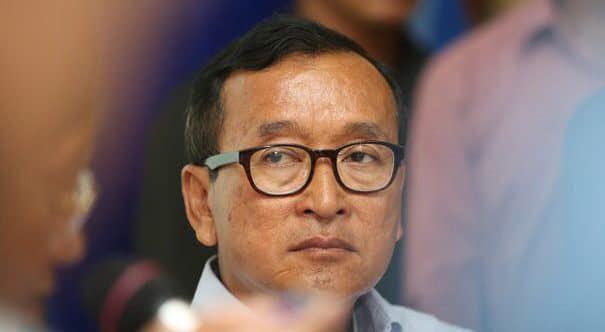