All the four from Battambang province, including Dim Sareoung, Sok Phat, Men Yorng, and Ley Sokhon, were arrested after the Royal Government found out that these people have involved in the plot to overthrow the government organized by convict in exile Sam Rainsy, according to the court’s order that Fresh News received on Monday morning.

“You pass the red line; you must be sentenced intolerably,” he warned.
=FRESH NEWS 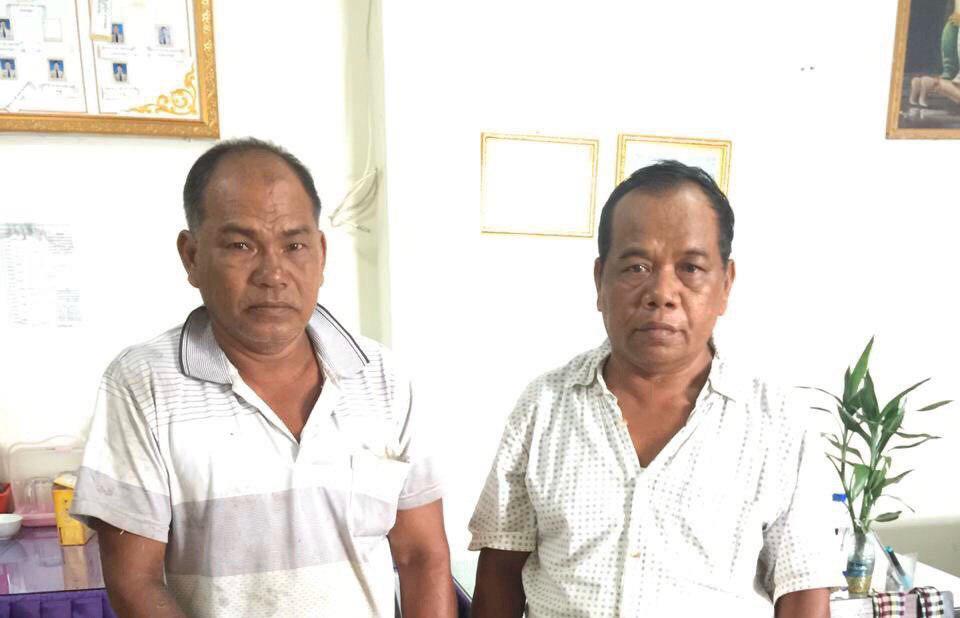 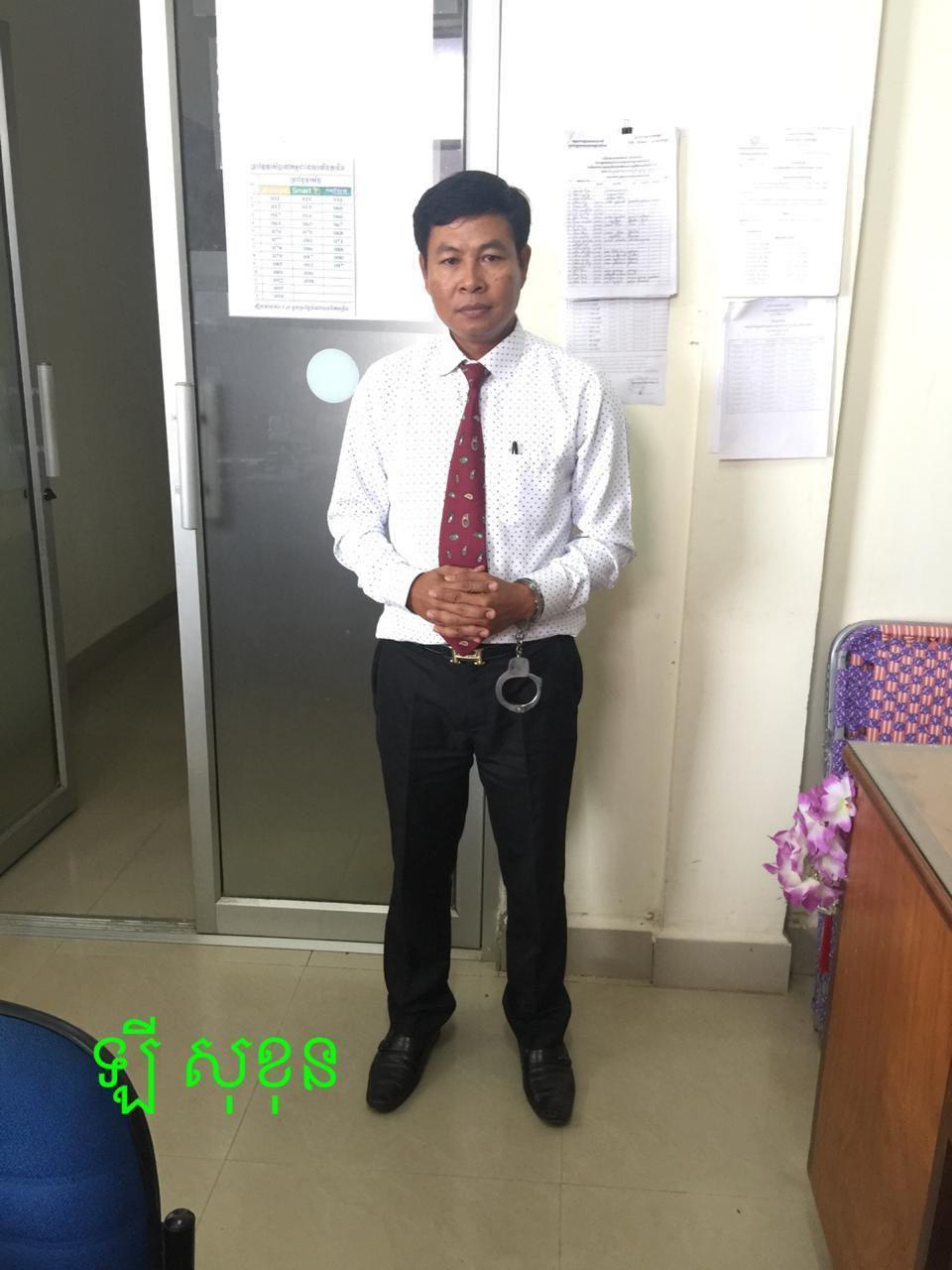 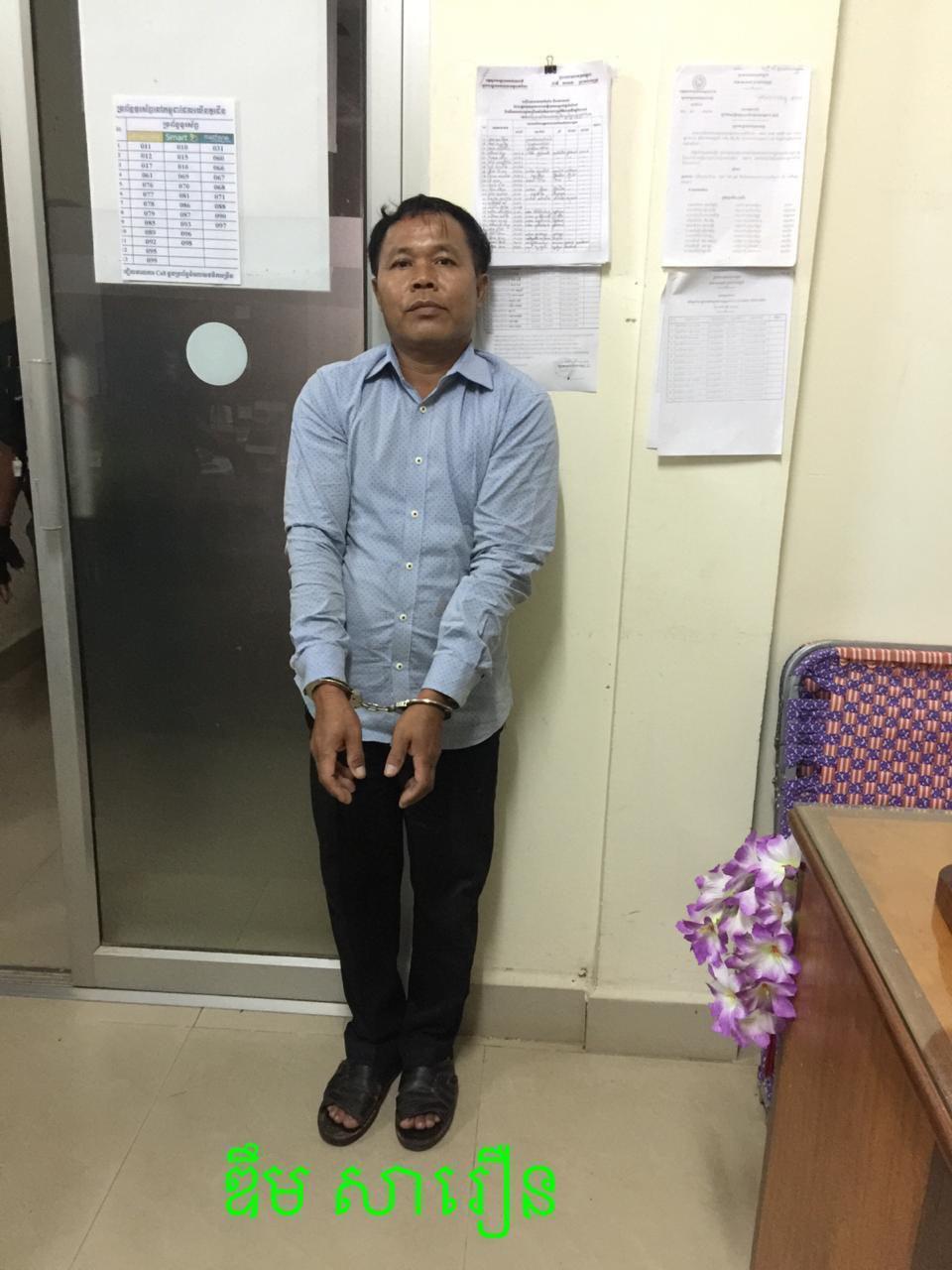 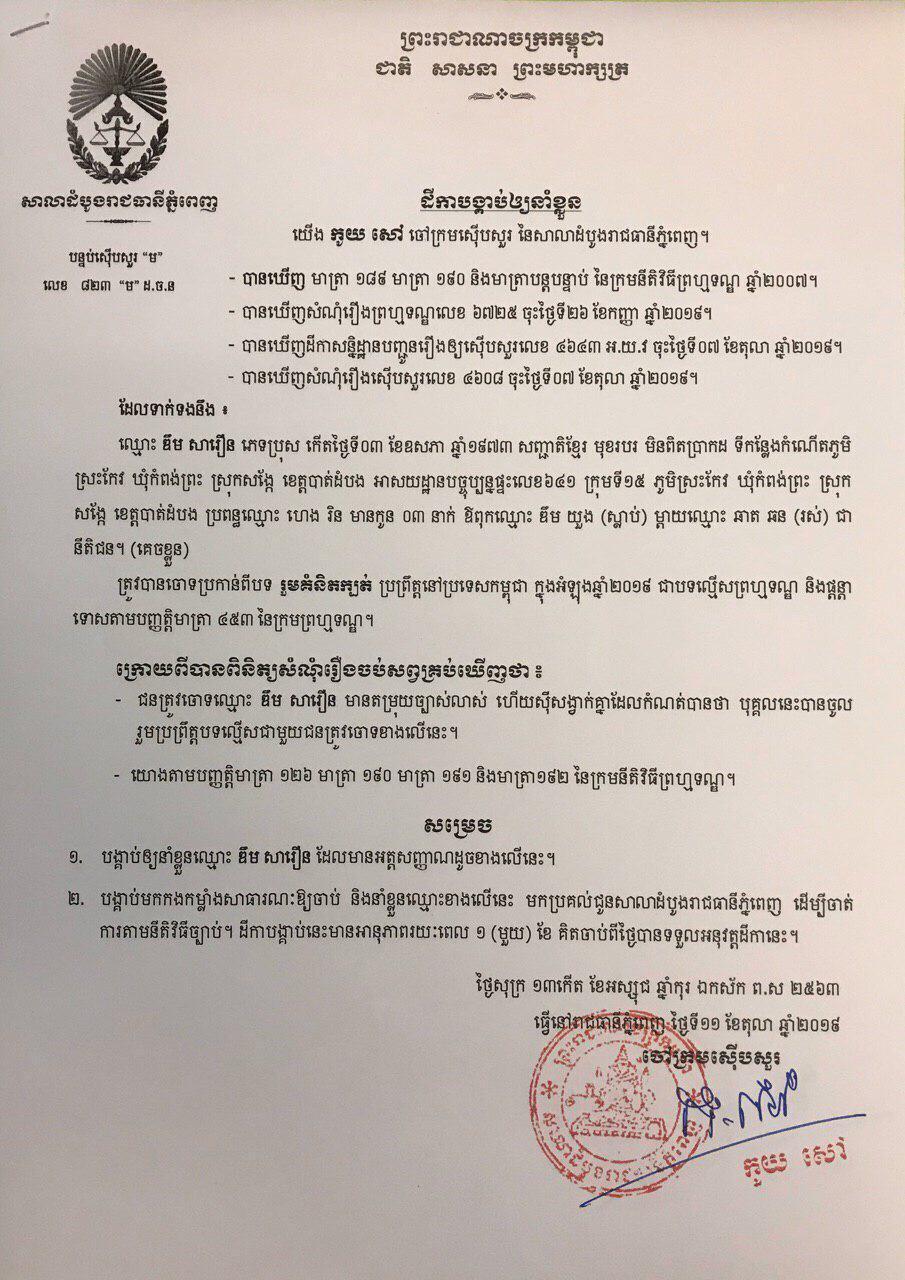 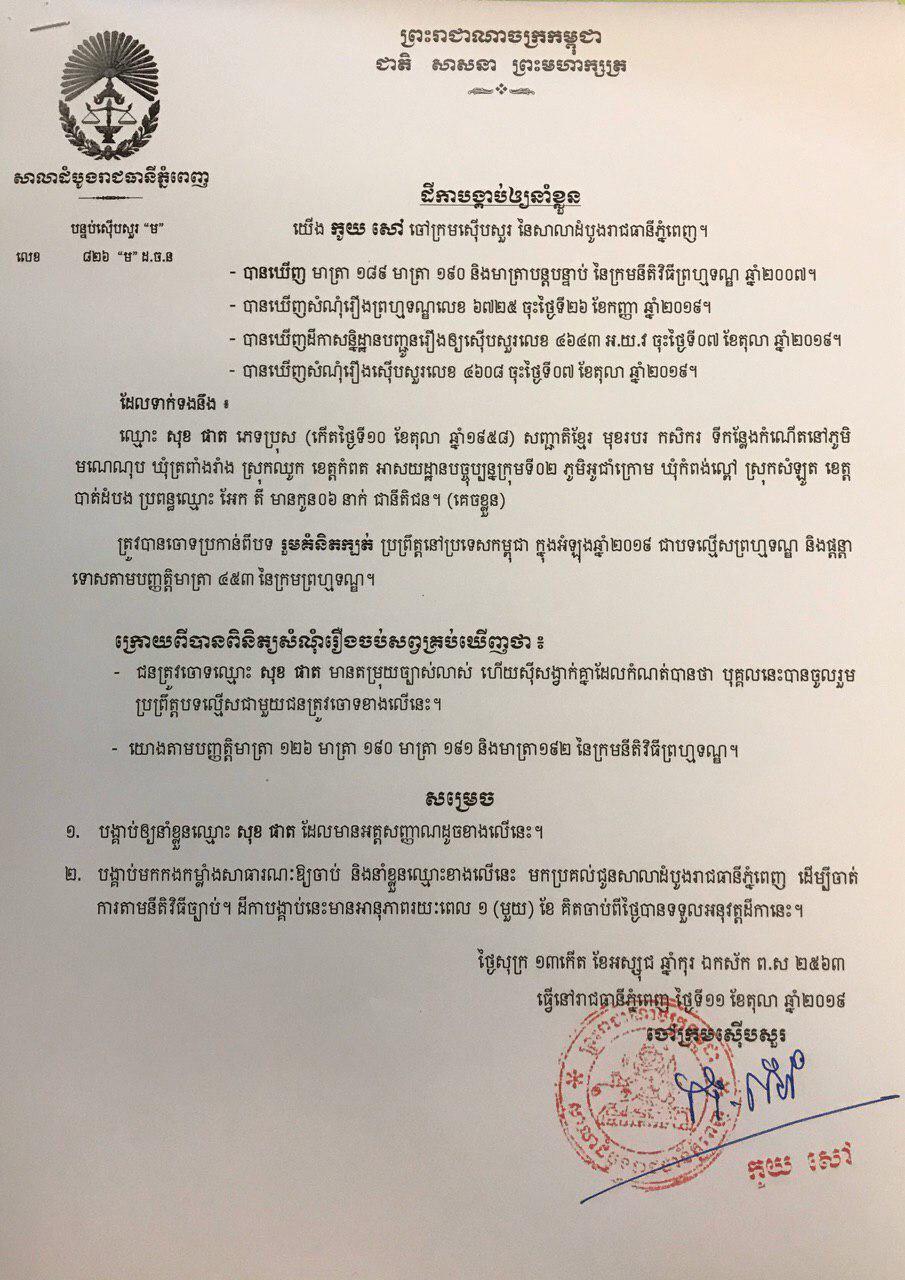 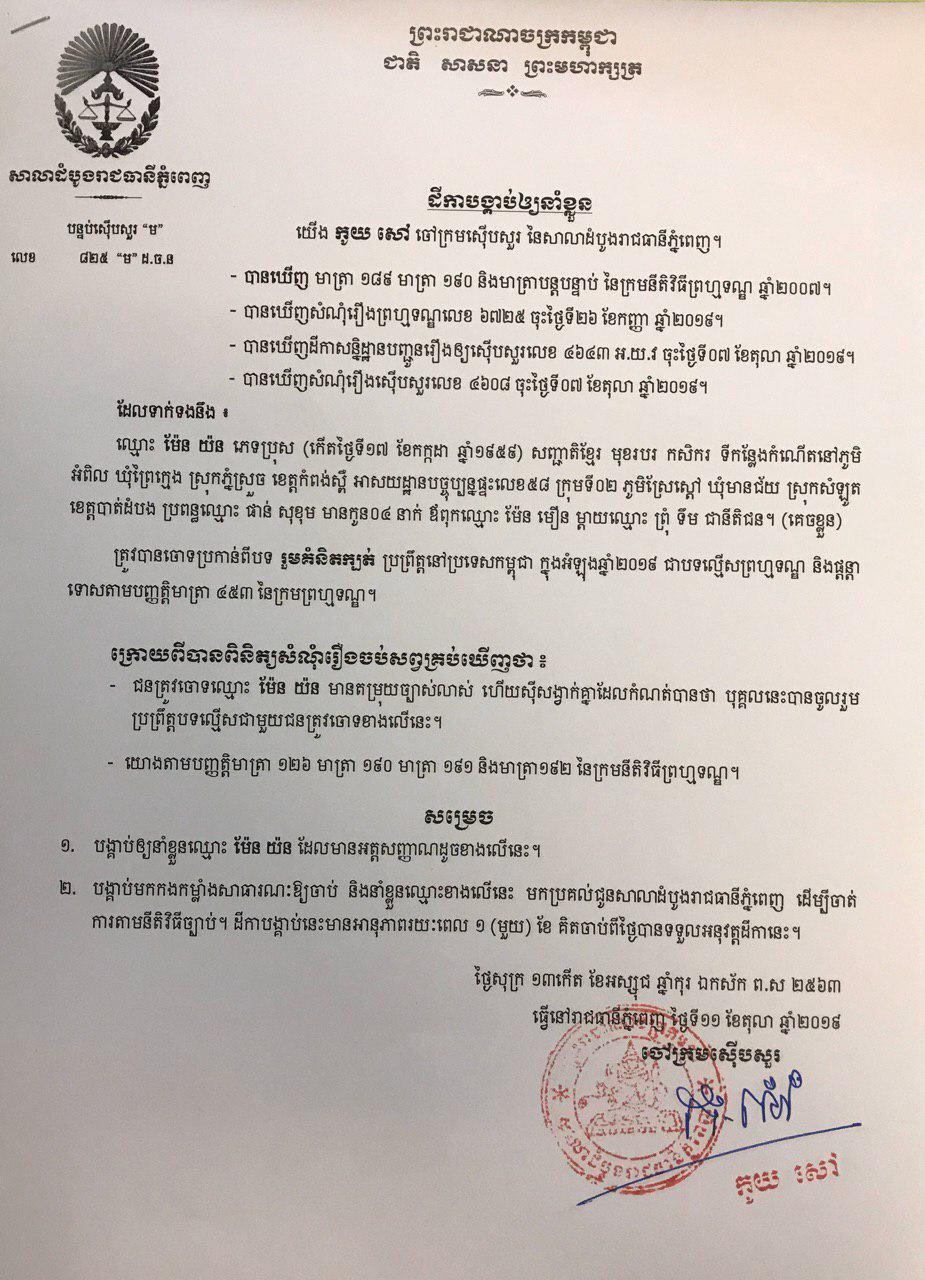 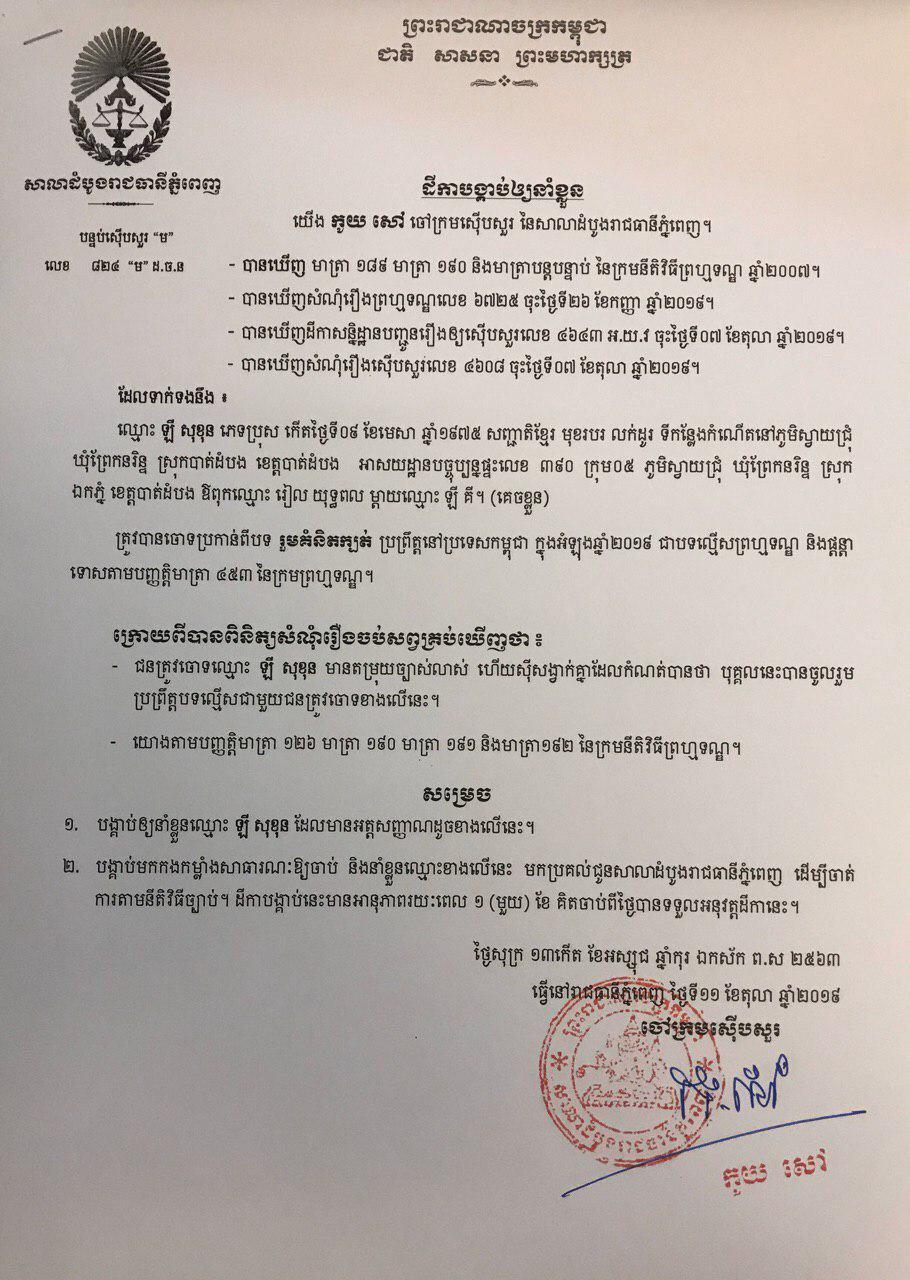