Dara’s confirmation was made after the ill-intended group photoshopped a displaying profile of Premier Hun Sen’s Facebook page with a caption on trash issue.

“This photo [of trash], the opposition did not understand and shared it to dishonour our people. Looking at another perspective, my leadership over the past 30 years have made Cambodia developed and prosperous and that our people have abundant food to eat, which add up the trash,” according to the message the ill-intended group created on 14 October 2019.

Dara confirmed that Prime Minister Hun Sen did not write the above message.

“That [message on trash] is not from Prime Minister. It is created by the ill-intended group with wicked intention,” Dara spoke to Fresh News.
=FRESH NEWS 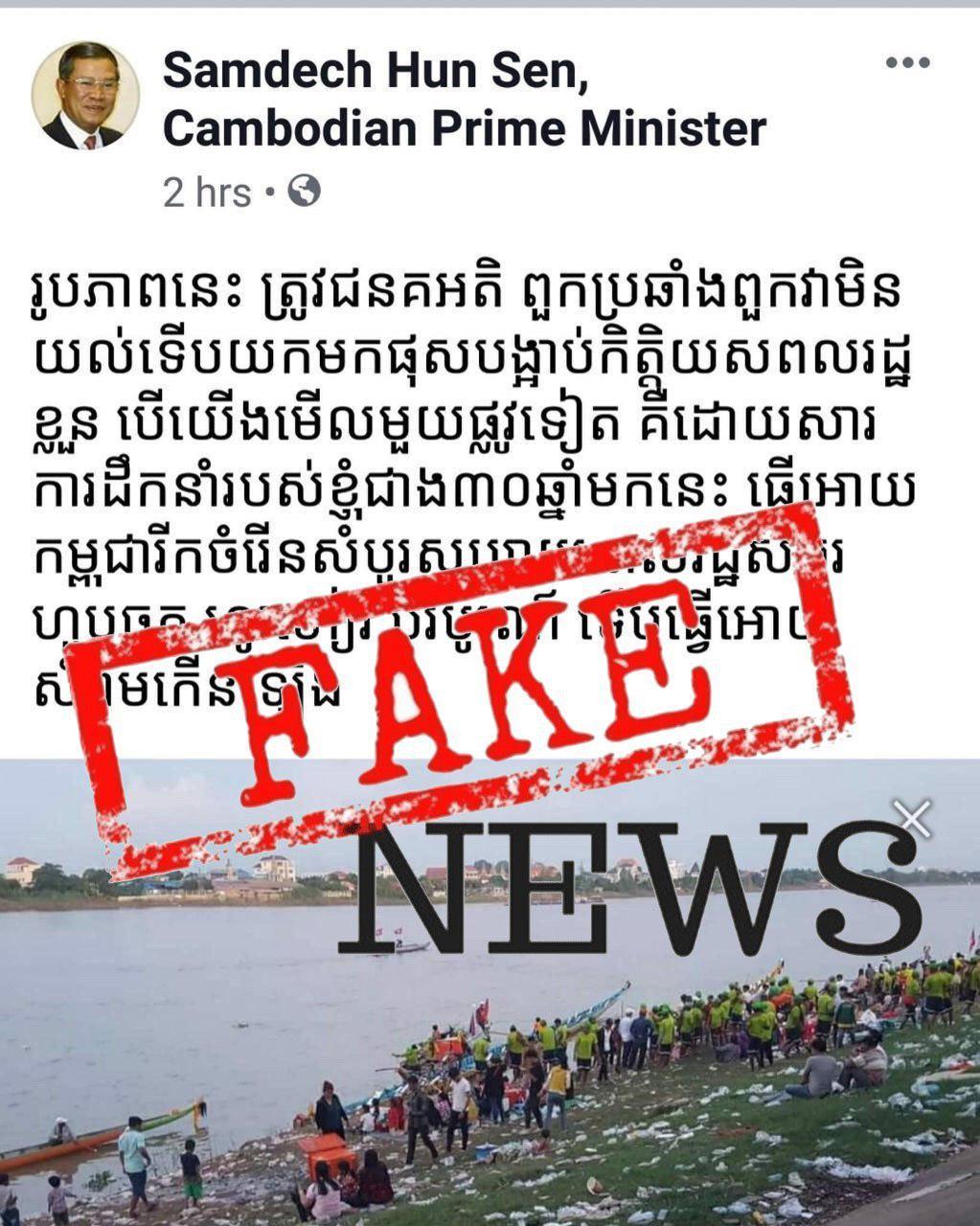