“If the authority instigates and finds out any individual using photoshop to distort news, he or she will face the laws,” said Chea Pov, following several news were distorted and shared by ill-intended groups on Facebook these past few days.

“On behalf of Fresh News Media, I would like to denounce a fake news posted by the ill-intended groups, which they use the logo and Facebook profile of Fresh News to share distorted news [PM Hun Sen Says CPP Still Continues to Lead and Admits His 35-Year Leadership Has Brought Nothing…],” Vutha added, saying the original news was entitled: “No Taxes on Farmlands and from Minimum Wage Workers If CPP Leads, Says PM Hun Sen.”

It is worth noting that the ill-intended group also created a fake news on 14 October 2019 using Cambodian Prime Minister’s Facebook Page.

“This photo [of trash], the opposition did not understand and shared it to dishonour our people. Looking at another perspective, my leadership over the past 30 years have made Cambodia developed and prosperous and that our people have abundant food to eat, which add up the trash,” according to the message created by the ill-will groups.

Doung Dara, Manager of Prime Minister’s Facebook Page, told Fresh News on 14 October 2019 that Premier Hun Sen, who is currently on mission to Europe, did not post any messages regarding the trash issues.

“That [message on trash] is not from Prime Minister. It is created by the ill-intended group with wicked intention,” Dara told Fresh News.
=FRESH NEWS 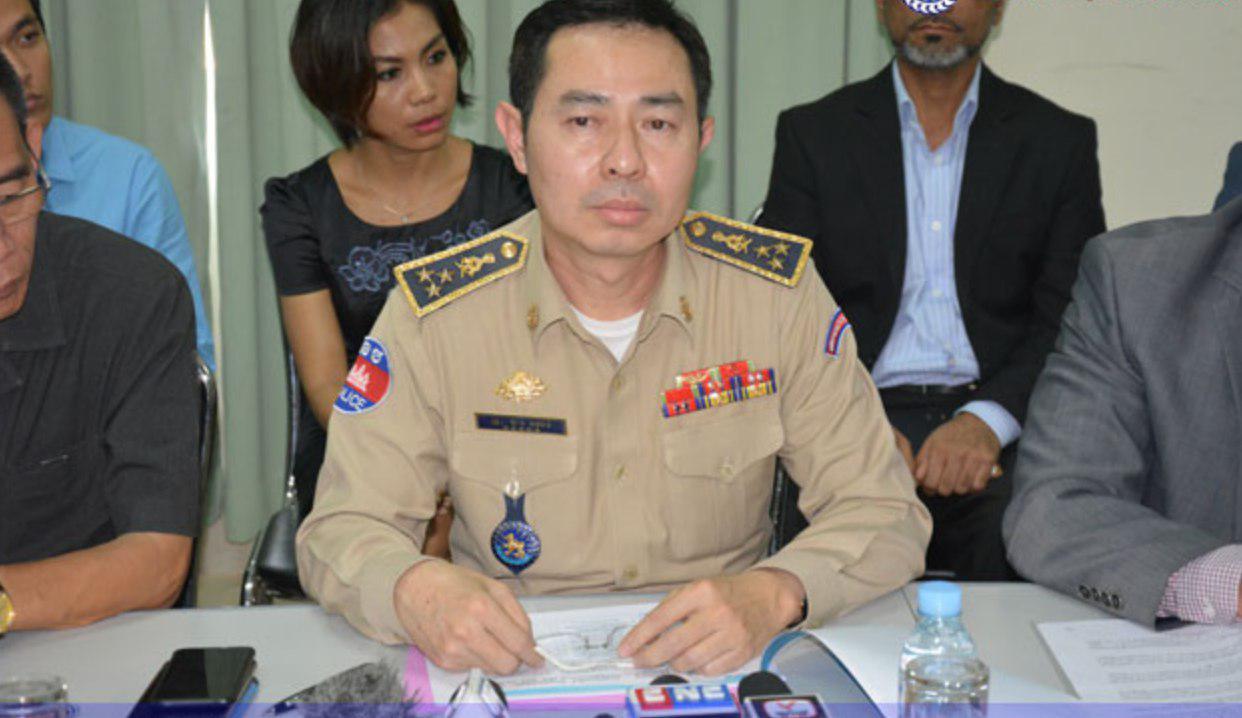 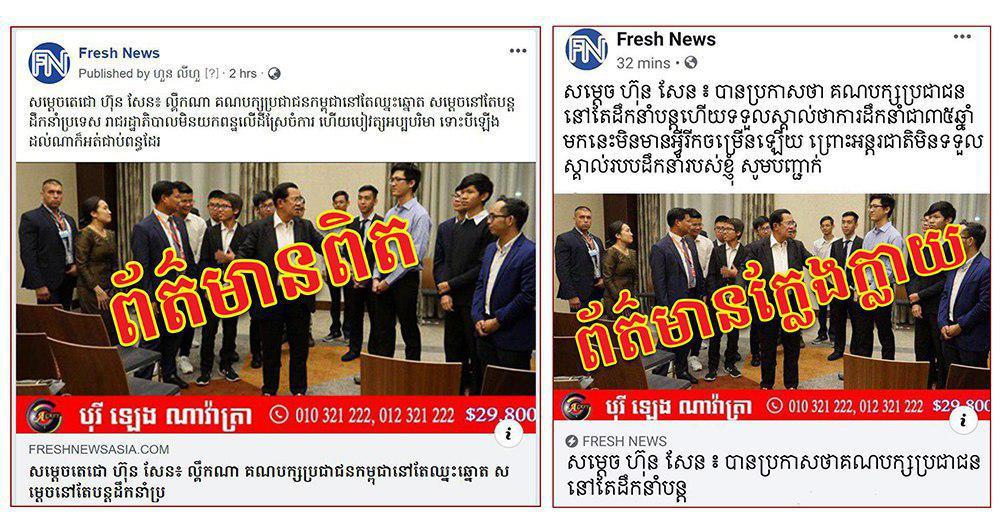 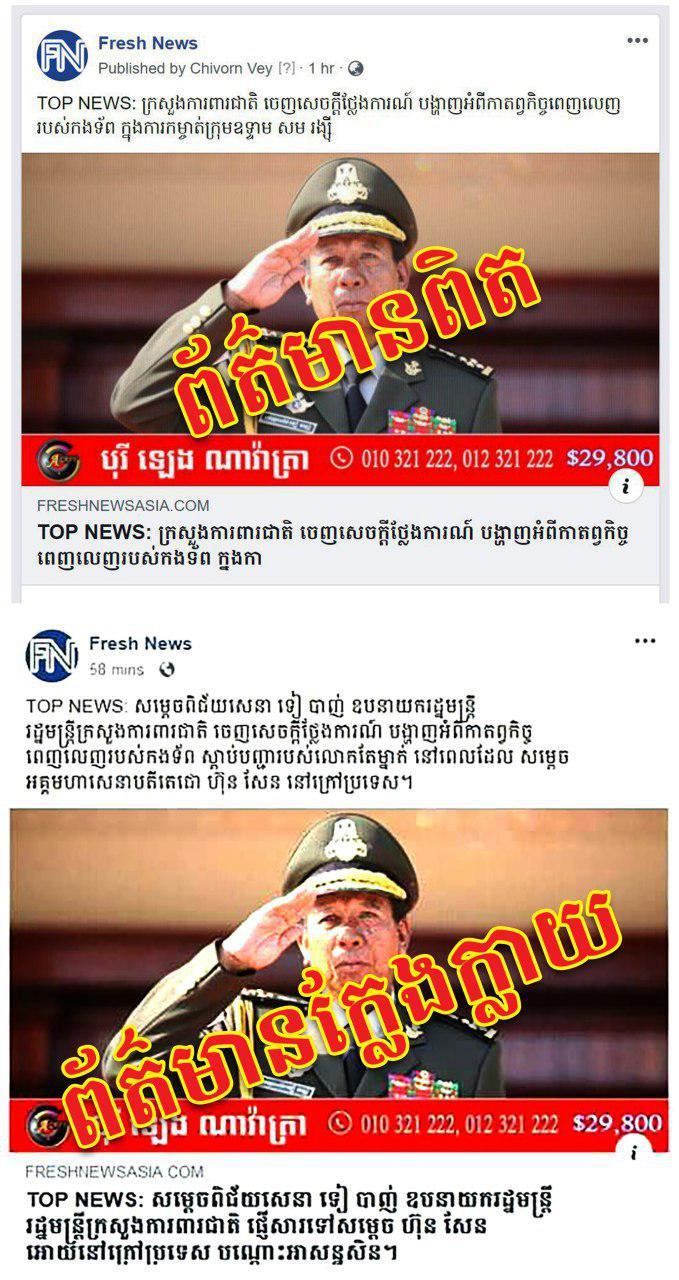