ISTANBUL, Oct. 17 (Xinhua) -- The United States and Turkey on Thursday reached an agreement on a five-day truce and the establishment of a safe zone in northern Syria, where the Turkish forces had been fighting against the Kurdish militia, following talks between the two sides in the Turkish capital of Ankara.

According to Pence, the Kurdish militia known as the People's Protection Units (YPG) has started to withdraw from the planned safe zone, which shall have a depth of 20 miles (32 km).

"Turkey will end the operation in northern Syria only after the YPG and PKK terrorists leave the area," Turkish Foreign Minister Mevlut Cavusoglu said at a press conference in Ankara.

Ankara sees the YPG as the Syrian offshoot of the Kurdistan Workers' Party, which is outlawed for its armed struggle against the Turkish state over the past three decades, while Washington used the Kurdish fighters as ground forces against the Islamic State militants.

"This is not a cease-fire," Cavusoglu stressed, saying a cease-fire can only happen between two legitimate sides.

The deal reached between the United States and Turkish delegations not only includes the withdrawal of the YPG but also "having their weapons seized and their fortifications and positions dismantled," said the minister.

Pence said once the cease-fire is in place, the United States will lift the sanctions which were imposed on Turkey in response to Ankara's launch of the cross-border military operation against the Kurdish militia on Oct. 9.

The vice president was sent to Ankara along with Secretary of State Mike Pompeo after Turkey rejected the U.S. cease-fire offer, and Pence reportedly had a closed-door meeting with Erdogan for more than two hours.

Turkey is seeking to clear the Kurdish militia from its border for a safe zone to house the Syrian refugees being sheltered on its land by launching the so-called Operation Peace Spring in northern Syria, the third of its kind over the years, but has sparked condemnation from many parts of the world including Arabian and European countries. 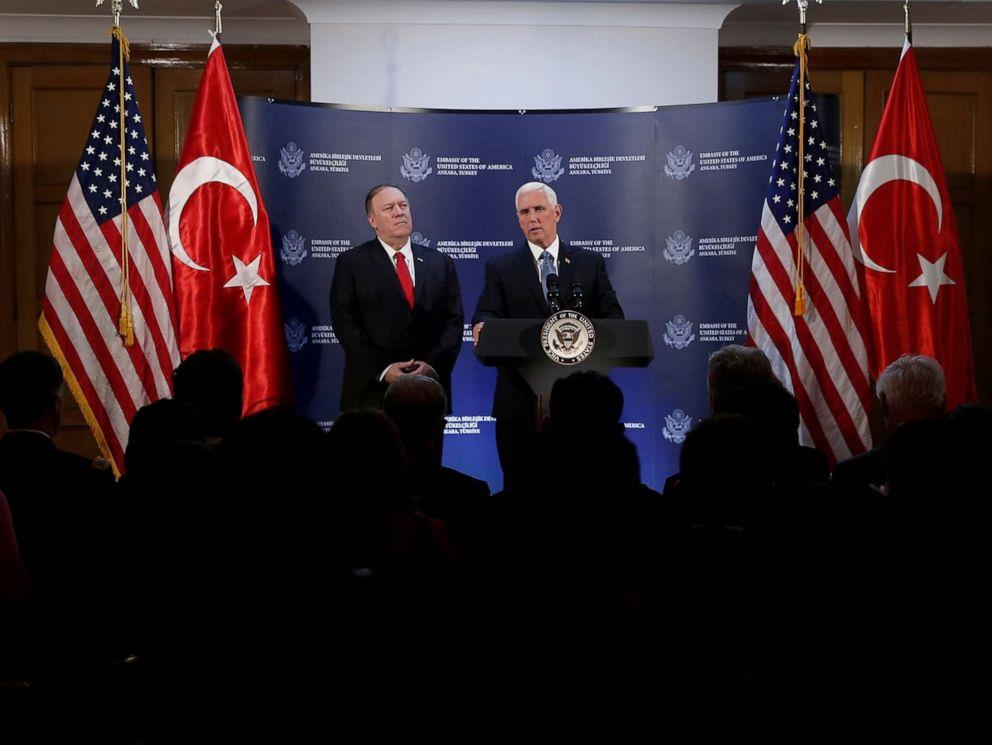