US Ambassador to Cambodia to Meet Government Officials to Strengthen Ties

Phnom Penh (FN), Oct. 20 –US Ambassador to Cambodia Patrick Murphy expressed his satisfaction and honour in presenting credentials to King Norodom Sihamoni, according to his tweet dated Saturday.

Government spokesperson Phay Siphan, on 23 September 2019, also sent a message to welcome the arrival of the new US Ambassador to Cambodia Patrick Murphy.

“The presence [of the ambassador] presents the cooperation of Cambodia-US based on the principle of mutual respect and common sovereignty,” Siphan wrote on Facebook.

He added that the Royal Government firmly commits to maintain good relation between Cambodia-US. The two countries' historic friendship and cooperation remain active in the areas of demining, education, agriculture, cultural heritage, and counter terrorism.

"The fruitful mission of the new ambassador is the ultimate desire of the Cambodian people and the government," the spokesperson said. 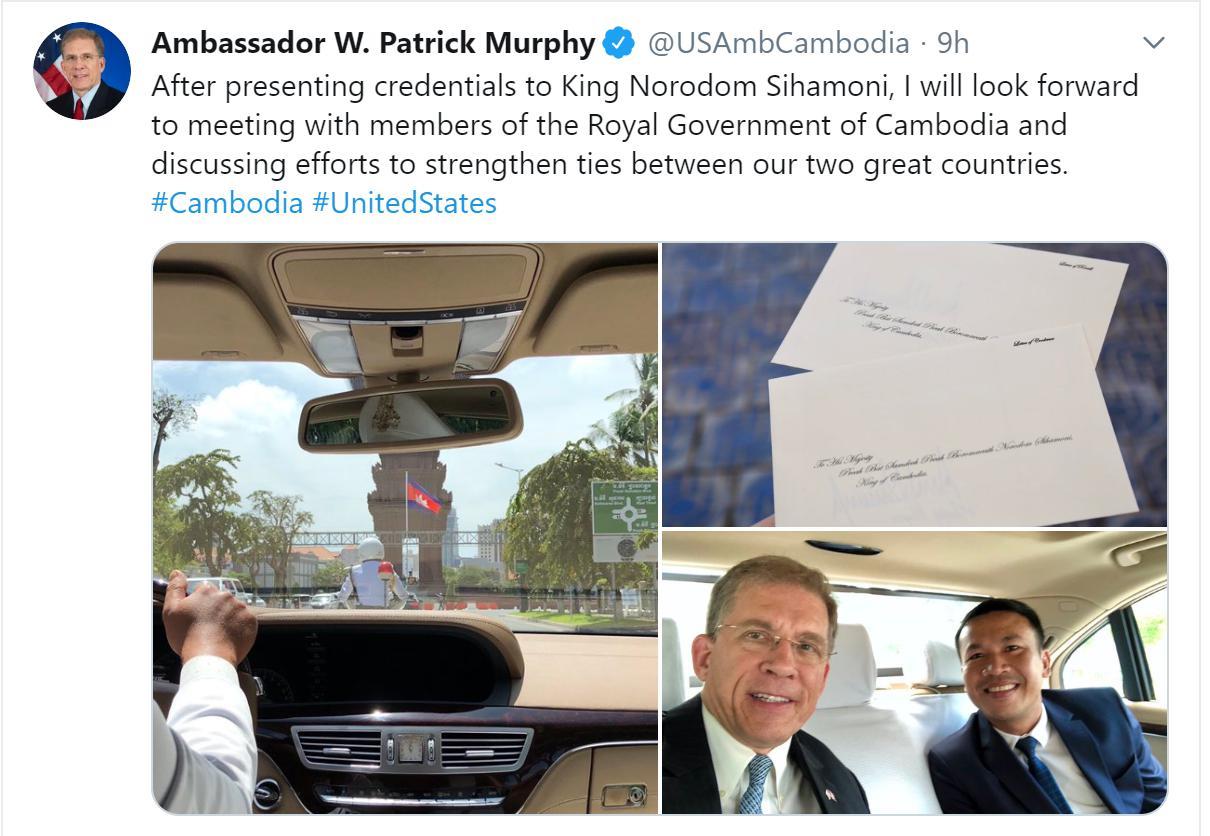 This is my first visit to the Royal Palace as U.S. Ambassador to #Cambodia! pic.twitter.com/99KUknRZIt