KENYA, Oct. 20 (CGTN) -- Some 20 people have died following heavy rains in Kenya over the past few weeks, the Kenya Red Cross said.

The downpours are said to have displaced more than 20,000 households around the East African country and left a trail of destruction.

The humanitarian organization said it has documented 18 deaths in Marakwet, Kitui, Meru, Turkana and Wajir counties.

Fears are rife that the numbers could go higher even as the Kenya Meteorological Department has warned that the rains are likely to increase in parts of the northeast, the highlands east and west of the Rift Valley, the southeast lowlands and the coast.

"The situation could worsen due to the ongoing rains and we are asking Kenyans to observe safety measures including carrying umbrellas, being on the lookout for flash floods, moving to higher grounds and not to drive, walk or swim through flooded areas or moving water," said Red Cross Communications Manager Peter Abwao.

"We are currently assessing as to whether we need temporary shelters. Some have found themselves safer grounds so far, but some may need assistance until the floods subside," said Abwao. 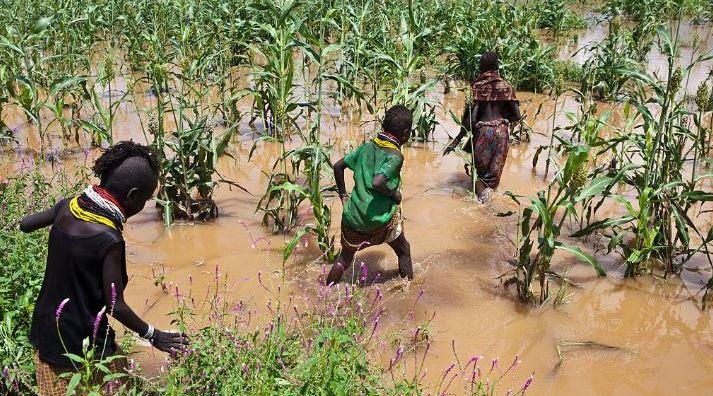