16 sentenced to death for school girl's murder in Bangladesh

DHAKA, Oct. 24 (Xinhua) -- A court in Bangladesh's Feni district, some 49 km southeast of Dhaka, has handed death penalty to 16 people for killing a school girl in April.

Nusrat Jahan Rafi, a student of Sonagazi Islamia Fazil Madrasa (an Islamic school), was set on fire by the perpetrators on April 6 for not withdrawing a sexual assault case against the school's principal.

All the convicts including sacked Madrasa principal Siraj Ud Doula were present in the court.

The teenager's death sent a shockwave across the country, triggering protests against oppression of Bangladesh women and children.

She died getting through treatment on April 10, prompting Prime Minister Sheikh Hasina to pledge justice for the girl at the earliest. 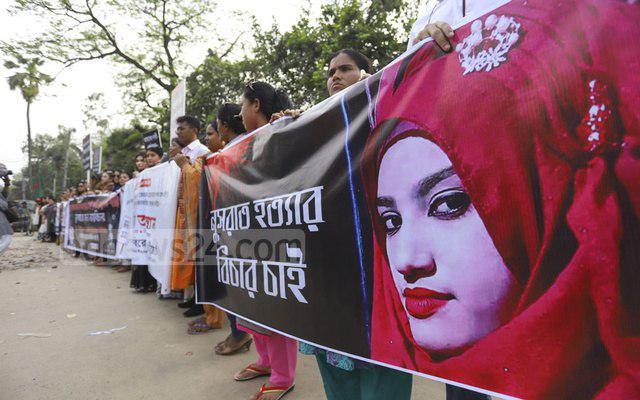