At least 30 Killed, over 2,300 Wounded as New Wave of Anti-gov't Protests Sweep Iraq

BAGHDAD, Oct. 25 (Xinhua) -- At least 30 people have been killed and more than 2,300 wounded as thousands of angry Iraqis rallied Friday in some Iraqi cities including the capital here in a new wave anti-government demonstrations over living conditions.

Since early morning, protesters swarmed into the Tahrir Square in downtown Baghdad on the eastern side of the Tigris River and frequently tried to cross the nearby al-Jumhouriyah Bridge to reach the Green Zone, the government's administrative center, but were prevented by riot police.

The repeated attempts to cross the bridge prompted the security forces to completely close it with three-meter-high concrete blocks.

Protests also broke out on Friday in other cities in several southern and central provinces, including Dhi Qar, Basra, Maysan, Diwaniya, Muthanna, Karbala, Wasit and Najaf, where protesters called for reform, accountability for corruption and job opportunities.

A statement by the Iraqi Independent High Commission for Human Rights (IHCHR) said that the commission's teams have documented the burning of and damaging of some 50 government buildings and party headquarters in the provinces of Diwaniya, Maysan, Wasit, Dhi Qar, Basra, Babil, Muthanna and Karbala.

The clashes resulted in the killing of 30 people, including security members, the IHCHR said, noting that eight people were killed in Baghdad, nine in Maysan and Dhi Qar each and four in both Basra and Muthanna.

IHCHR said in an earlier statement that "most of the casualties occurred as a result of gunshot wounds, tear gas and rubber bullets."

It said the number of the wounded has risen to 2,312, including both the demonstrators and security forces, mostly in Baghdad, where 1,493 people were wounded.

IHCHR also said that the authorities in the four provinces of Dhi Qar, Basra, Muthanna and Wasit have declared a curfew until further notice.

Shiite cleric Ayatollah Ali al-Sistani called on both the protesters and the security forces to be fully committed to peaceful demonstrations and prevent violence and sabotage.

The demonstrations came after Prime Minister Adel Abdul Mahdi made a televised speech, in which he warned of chaos if the government resigns, and promised a cabinet reshuffle, more job opportunities and the establishment of a court to prosecute corrupt officials.

Earlier this month, massive protests erupted in Baghdad and other central and southern provinces for similar reasons that left 157 killed, including security forces.

The Iraqi government responded by presenting packages of reforms aimed at providing job opportunities, building housing complexes, paying stipends to the poor and scaling up the fight against corruption.

On Monday, a high-level panel tasked to probe the killing of some 149 protesters and eight security members during the previous wave of anti-government protests announced its final report, and suggested sacking and prosecuting a number of security officers.

The panel confirmed that there were no direct orders from the high-level security authority to open fire at protesters. Some security officers used excessive force with live ammunition due to their "weak command and control during the protests" that led to high casualties. 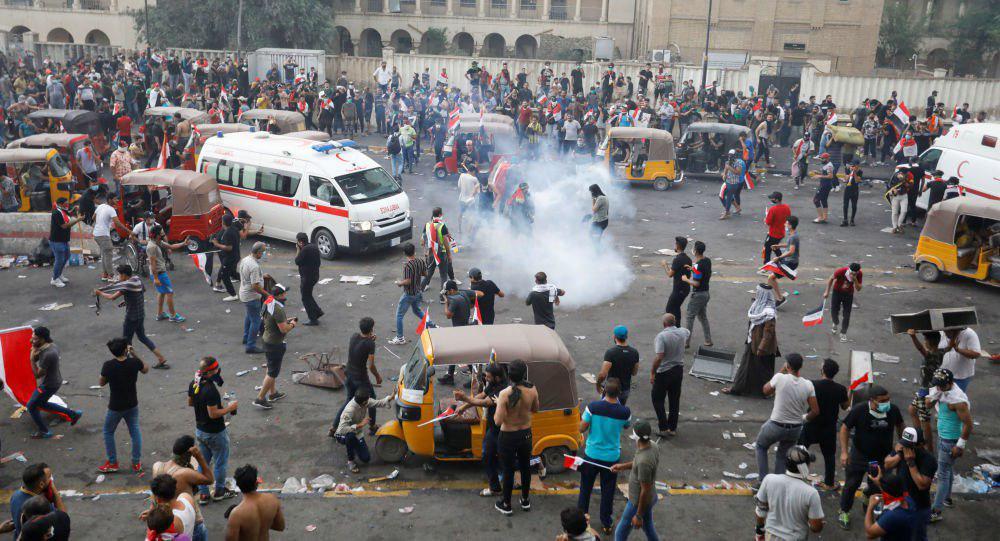