PM Hun Sen Advises Officials to Strengthen Ties with the US

Phnom Penh (FN), Oct. 26 – Cambodian Prime Minister Hun Sen advised officials in all ministries, institutions and sub-national administrations to work together to continue strengthening good relations with the United States, speaking in a cabinet meeting held at the Peace Palace on Friday.

The premier recommended Cambodian officials to actively engage in activities such as co-host the 70th Anniversary of the Cambodia-US Diplomacy, joint performances, sports, reunion of Cambodian alumni to US, volunteering through Peace Corps program, alongside the search for remains of American soldiers.

The Royal Government of Cambodia welcomed the remarks of the new US Ambassador to Cambodia, W.Patrick Murphy, who reaffirmed the United States' clear position on non-interference of Cambodia, and will not support the change of regime or government through the use of violence or any other external activities, besides democracy.

The US’s mission to Cambodia supports efforts to combat terrorism, promote democracy and human rights, foster economic development, and bring to justice those most responsible for serious violations of international humanitarian law committed under the Khmer Rouge regime.
=FRESH NEWS 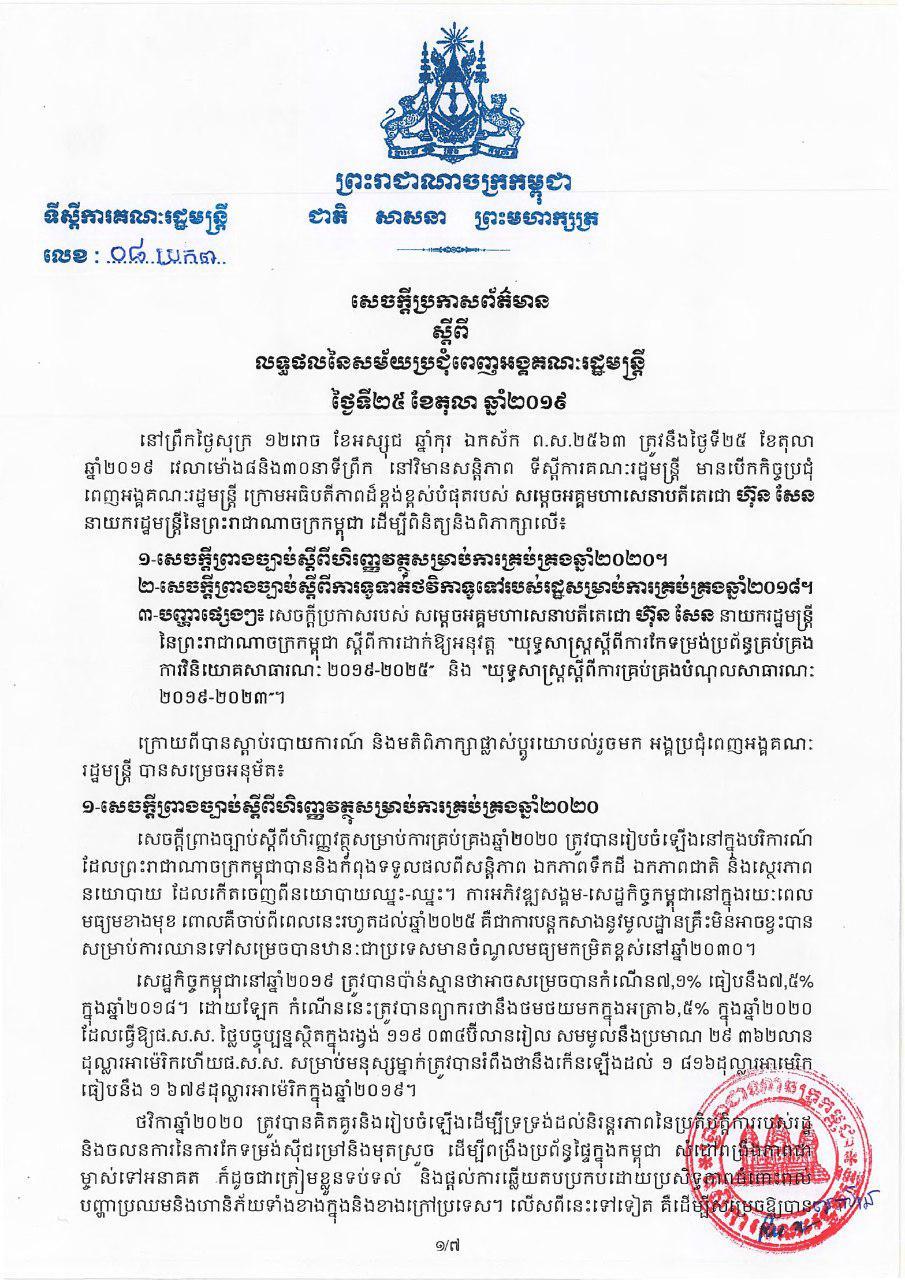 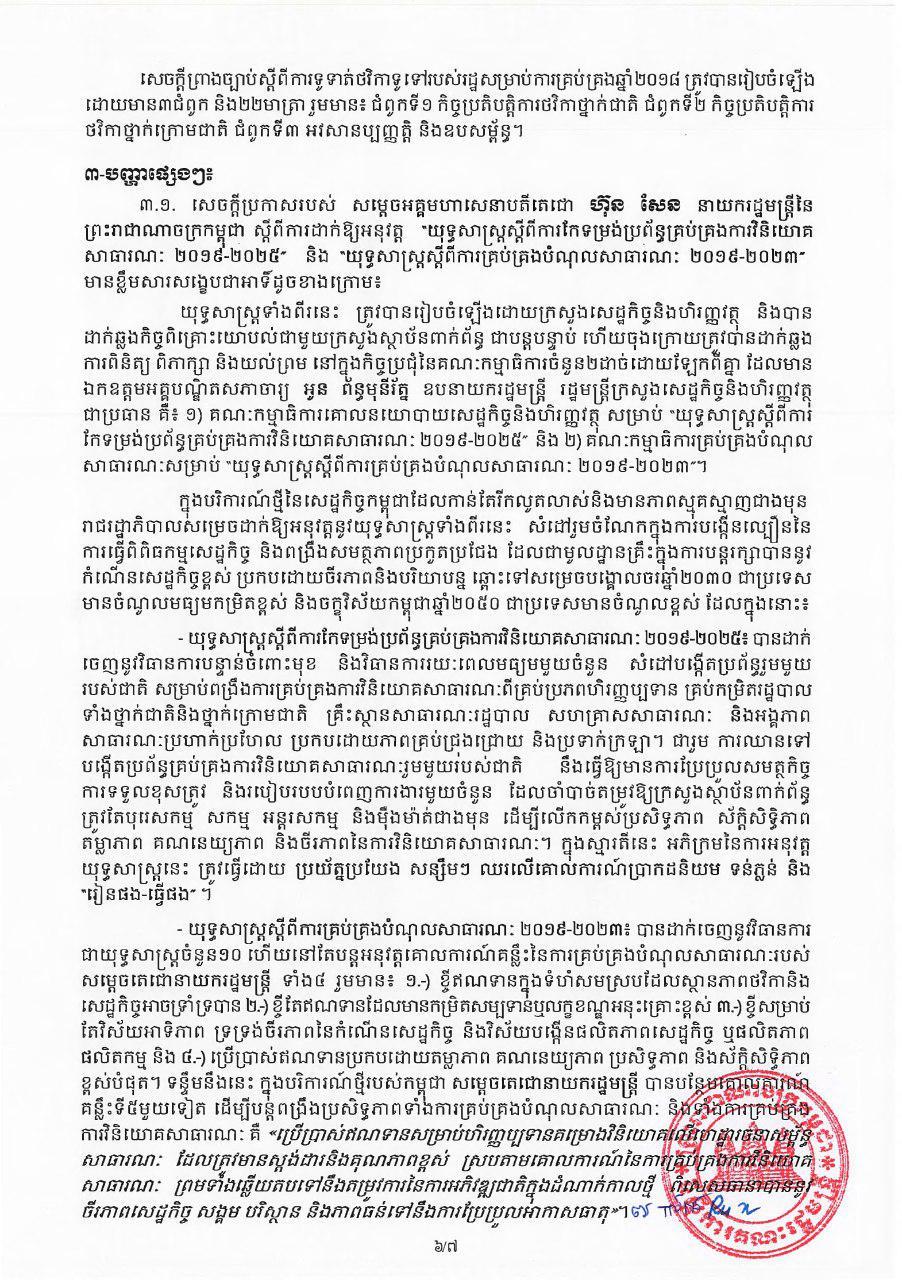