"The current political situation is that the dissolved CNRP has increasingly tended to commit treason from the first place until these days," Kong Bora wrote on his Facebook on Monday, shortly after he was appointed on 26 October 2019 as under secretary of state at Ministry of Interior.

"I believe that my role as former lawmaker who has built connections with former CNRP activists nationwide will contribute to protecting peace, independence, sovereignty, development, and harmony of nation and people,” he added.
=FRESH NEWS 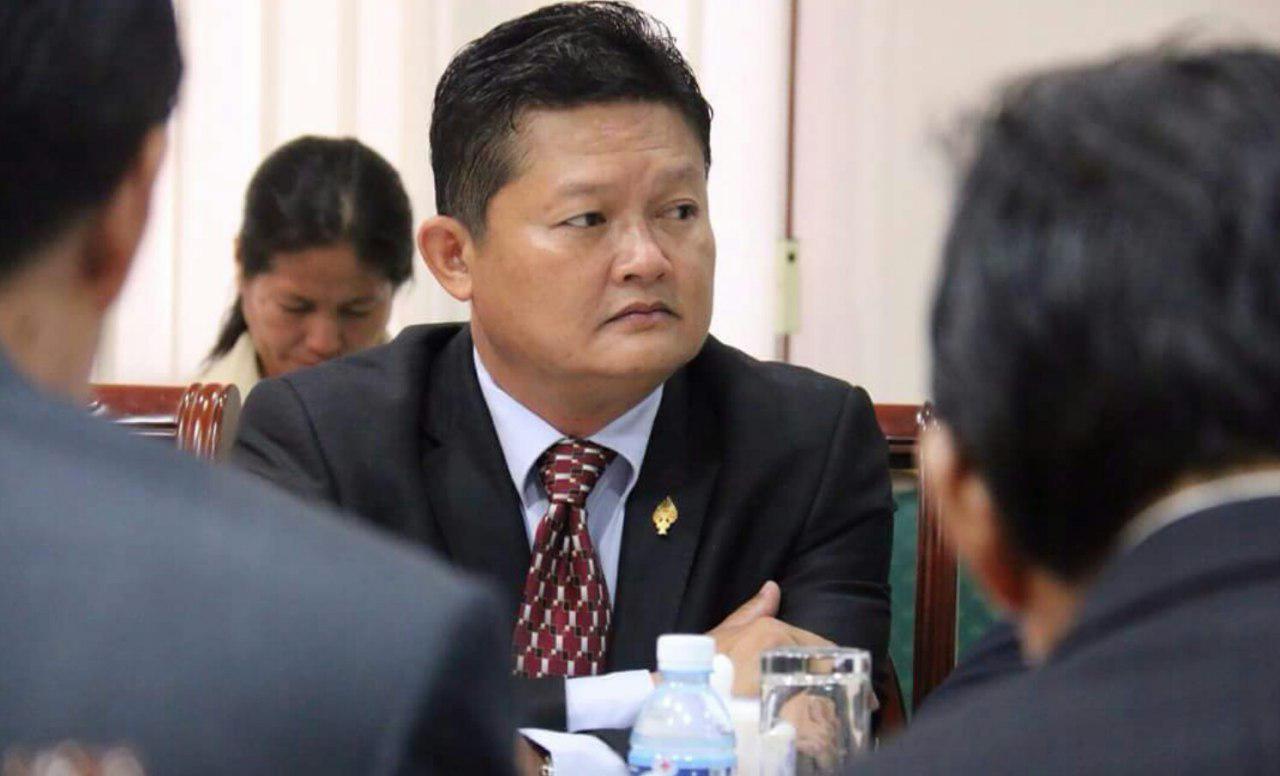 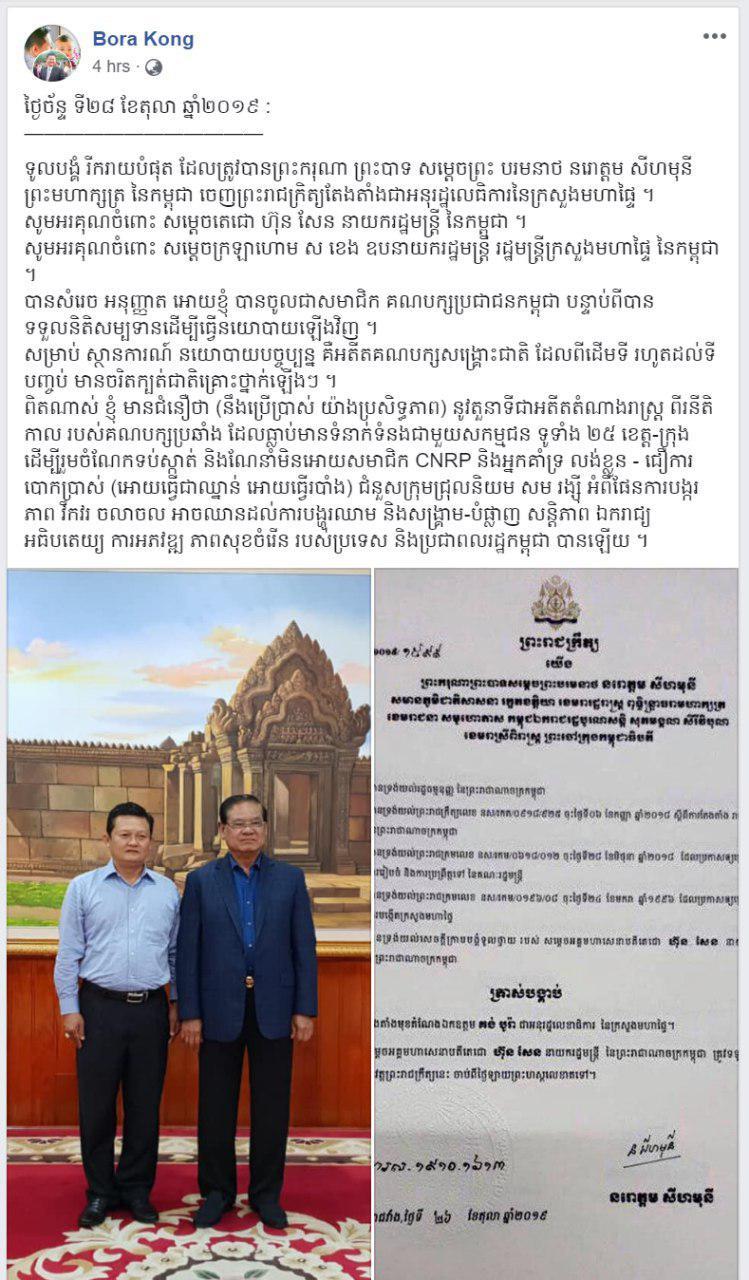