According to the statement dated Monday, FUNCINPEC Party condemns Sam Rainsy who seriously insulted His Majesty the King and attempted to overthrow monarchy, which FUNCINPEC always defends and fully supports.

FUNCINPEC requests the Royal Government of Cambodia to take serious actions against the outlawed groups, which have always intended to destroy peace, order, and social stability of Cambodia.

FUNCINPEC Party also calls on compatriots to maintain their own safety, not to trust that the propaganda and lobbying, leading to illegal routes against the legitimate Government of Cambodia.
=FRESH NEWS 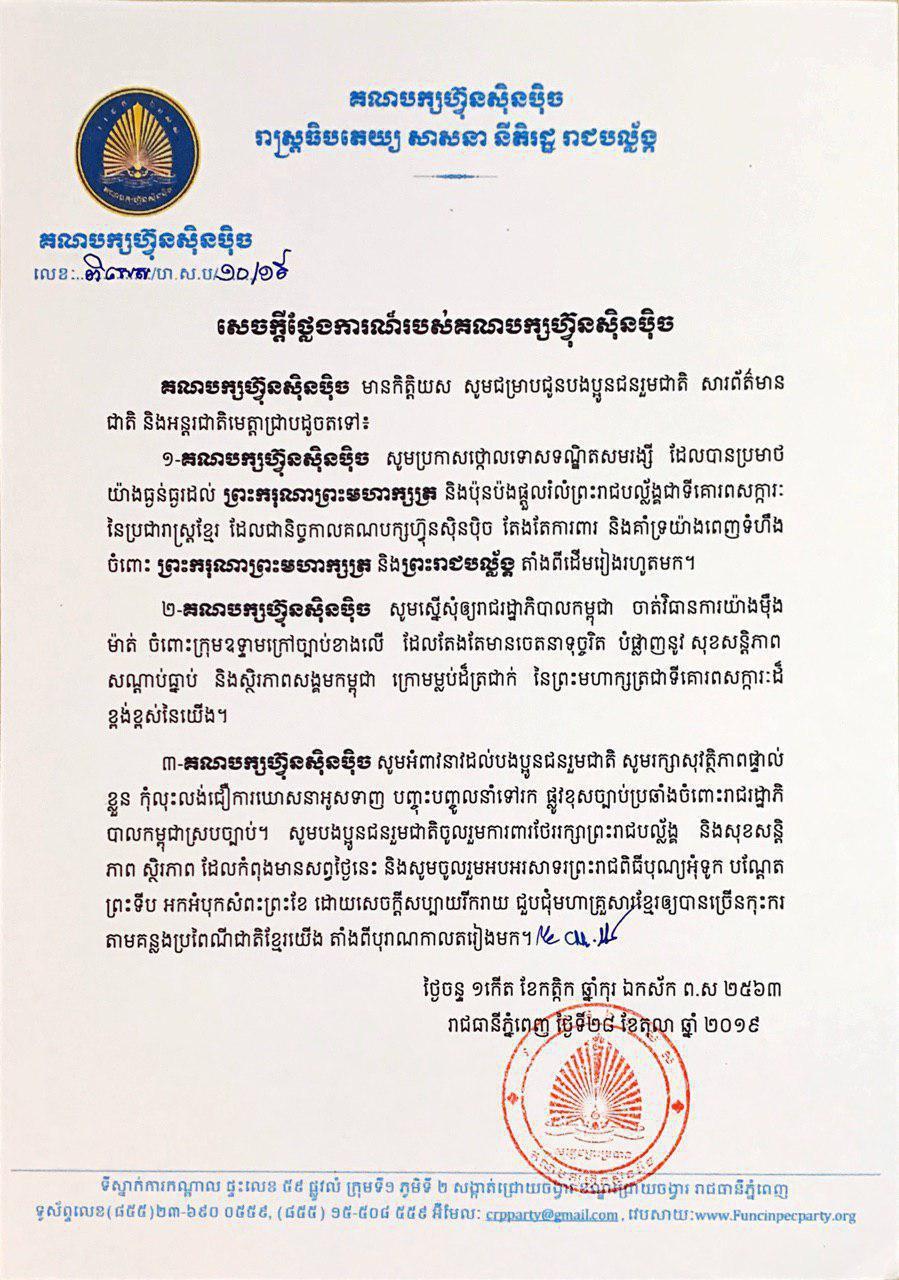