"Our government has heard the loud and clear message of Chileans asking for, and deserving, a more just country with solidarity, greater equal opportunity and less privilege," Pinera said during a ceremony held here at the presidential headquarters.

"Chile has changed and the government has to change too" to face the new reality in one of Latin America's most developed countries, Pinera said.

Interior Minister Andres Chadwick, a 63-year-old cousin of the president and one of his closest aides, was replaced by 41-year-old Gonzalo Blumel, who has been with Pinera since he started a second time in 2018.

Finance Minister Felipe Larrain was replaced by Ignacio Briones, Chile's former ambassador to the Organization for Economic Co-operation and Development and dean of the School of Government at Chile's Adolfo Ibanez University.

Two new appointments were made in the Ministry of the Secretary-General of the Presidency. Economy, labor, national resources and sports ministers were also changed.

Some 1.2 million people took to the streets of Santiago on Friday after a week of demonstrations against small pensions, low quality of the educational and health systems, and the high cost of basic services, among other things.

So far, at least 19 people have been killed in clashes with security forces and other protests-related violence, 1,132 people injured, and 3,243 people arrested, according to a Monday report by Chile's National Human Rights Institute. 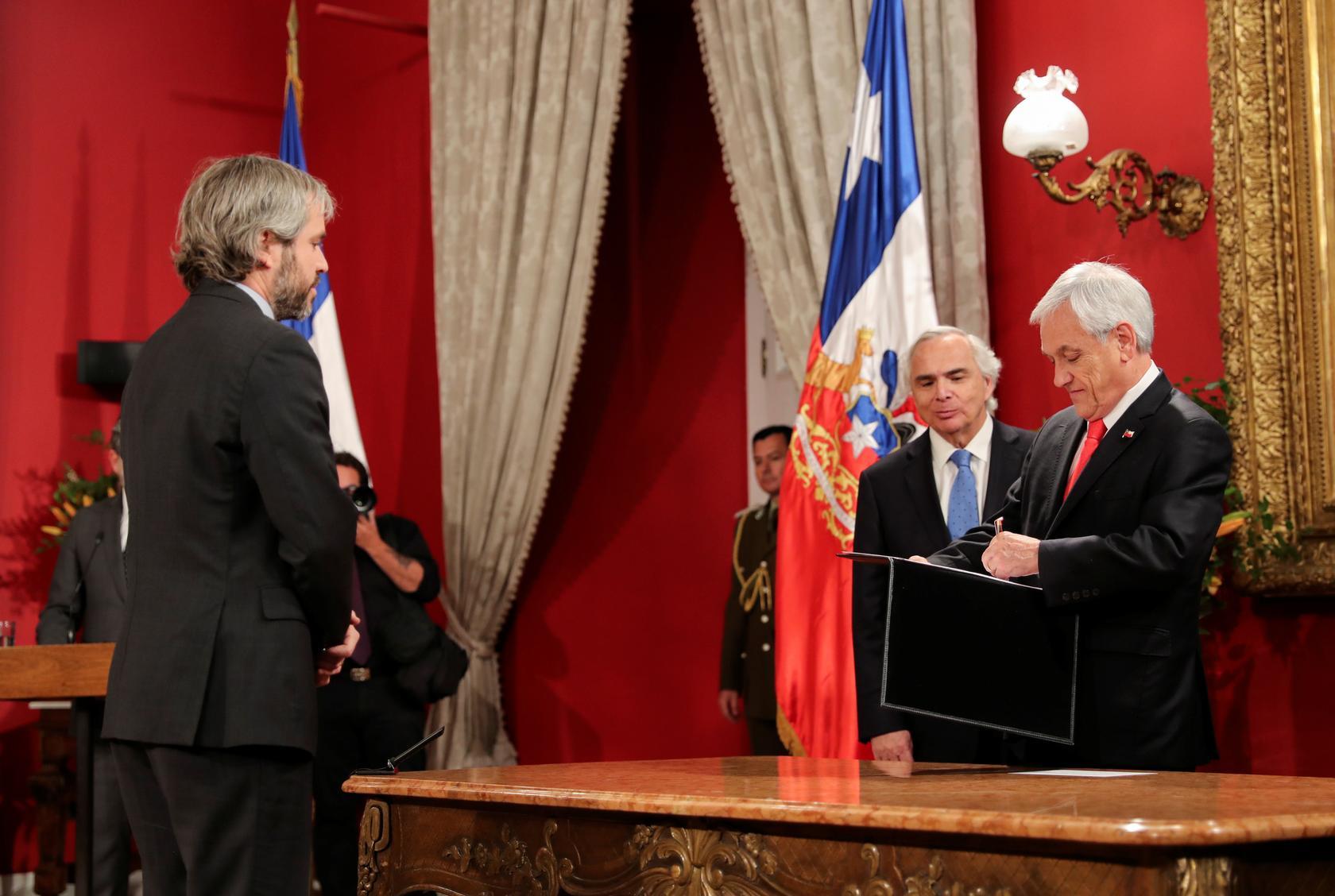