WASHINGTON, Oct. 28 (CGTN) -- Democrats in Congress, answering Republican complaints that their impeachment investigation of U.S. President Donald Trump is being conducted in secret, plan a vote on Thursday on a format for going public with their inquiry, marking a significant new stage in the probe.

Trump and his fellow Republicans have for weeks branded as illegitimate the work of committees probing Trump's overtures to Ukraine, arguing the full Democratic-led House of Representatives had failed to authorize their investigations in a public vote.

Meeting behind closed doors, the committees have been looking into the possibility that Trump violated federal law by seeking foreign help for his November 2020 re-election efforts.

House Rules Committee Chairman James McGovern said on Monday, "I will be introducing a resolution to ensure transparency and provide a clear path forward."

House Intelligence Committee Chairman Adam Schiff said in a statement that the legislation would establish "a format for open hearings." The U.S. Constitution gives the House broad authority to set the ground rules for an impeachment inquiry and Democrats say they are following House rules on investigations.

Several administration officials, including a former deputy national security adviser on Monday, have failed to testify to House committees engaged in the probe.

In a letter to her fellow House Democrats, House Speaker Nancy Pelosi said the House will vote this week - on Thursday, according to a senior Democratic aide - on a resolution that spells out how future public hearings will be held.

The measure will set the stage for House investigating committees to forward evidence they have collected to the House Judiciary Committee, which then would decide whether to advance articles of impeachment against Trump.

Even if the House impeaches Trump, he would face a trial in the Republican-controlled Senate, which for the moment seems unlikely to convict the president and force his ouster. 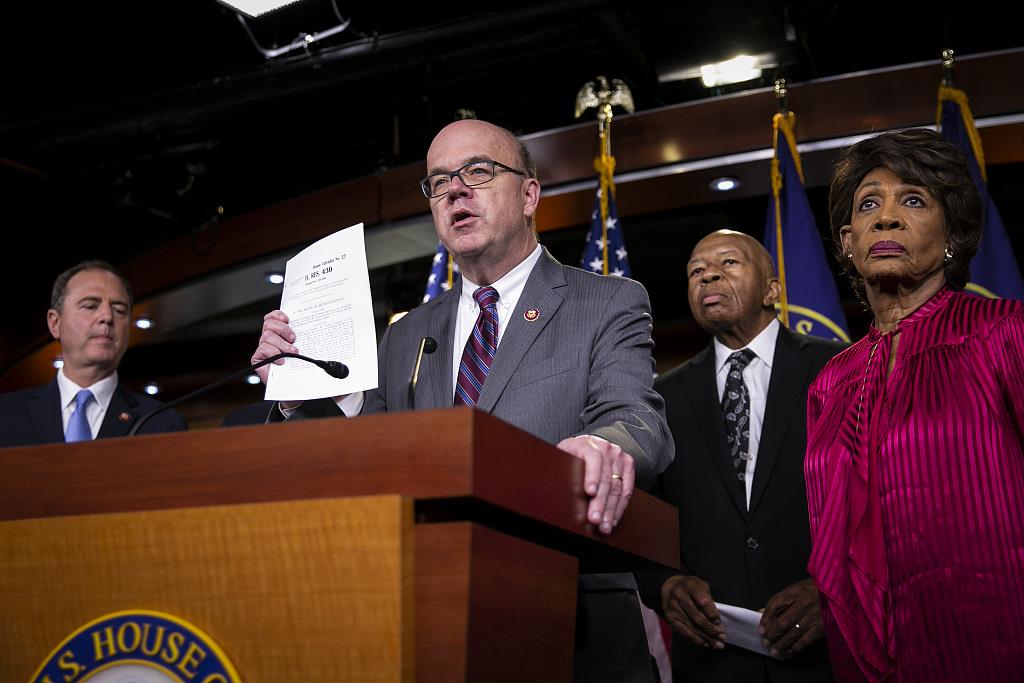