Phnom Penh (FN), Oct. 30 – Cambodian Prime Minister Hun Sen has voiced his support for the Cambodia-Vietnam joint drill on disaster relief, which will be held in December.

The statement was made while receiving a courtesy call from Lieutenant General Phan Van Giang, First Deputy Defence Minister and Chief of General Staff of the Vietnam People's Army, held on 30 October 2019 at the Peace Palace Phnom Penh, according to Eang Sophalleth, personal secretary to the premier.

Prime Minister Hun Sen considered the joint drill brining the mutual benefits for both people in times of disaster, especially in the event of wildfires and floods.

During the intervention, Premier Hun Sen recommended humanitarian activities like exchange of free health treatment for both people. Besides, promote programs such as sports, arts, joint performances.

Both sides expressed satisfaction over the good relations that people and armies of both countries enjoy, particularly at the border areas.
=FRESH NEWS 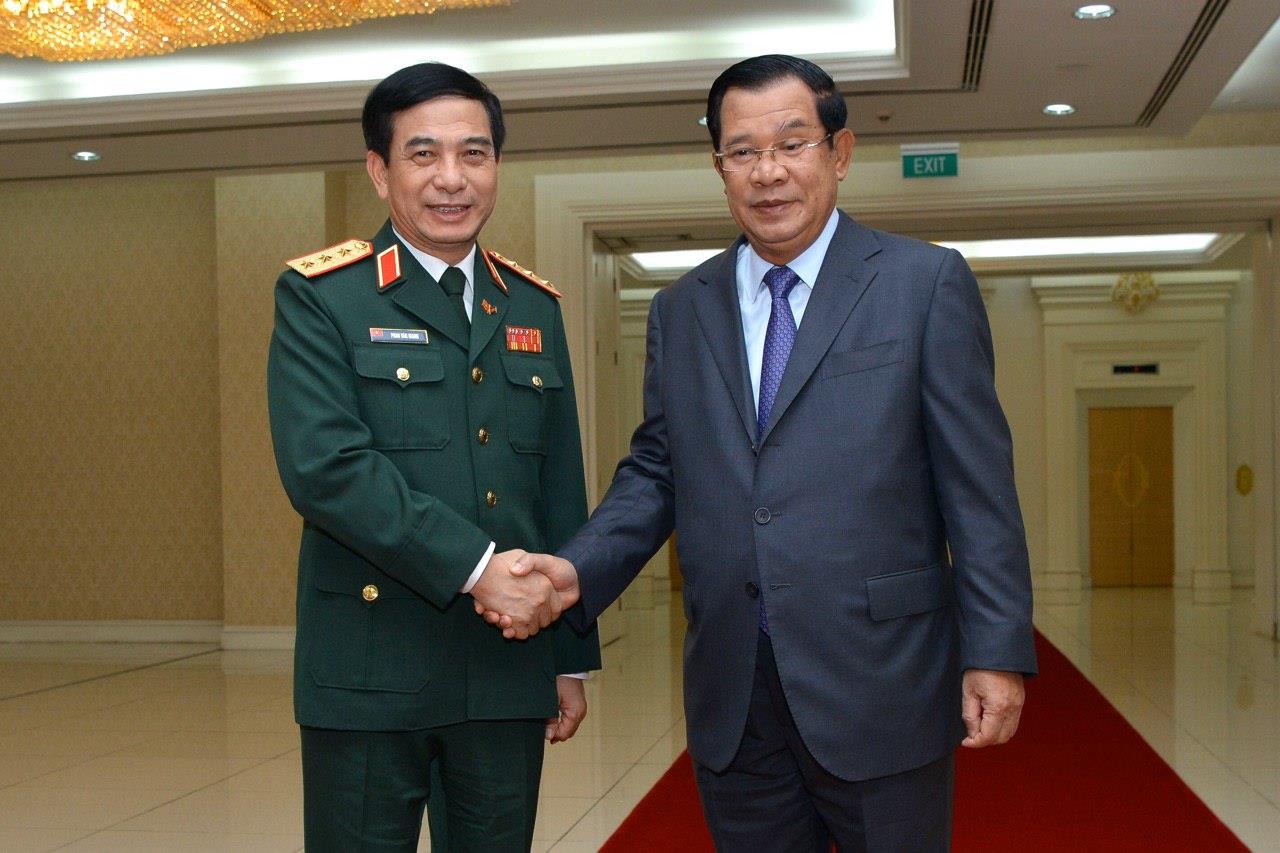 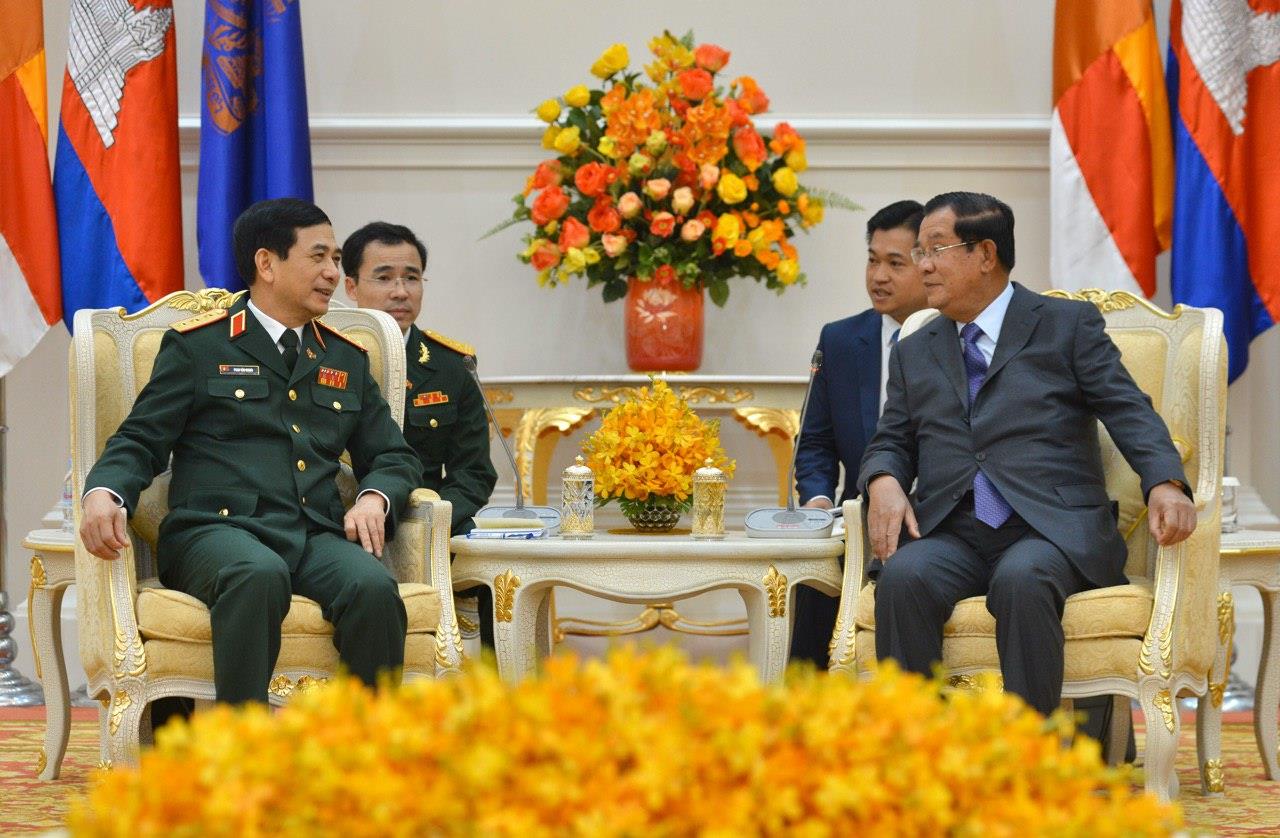 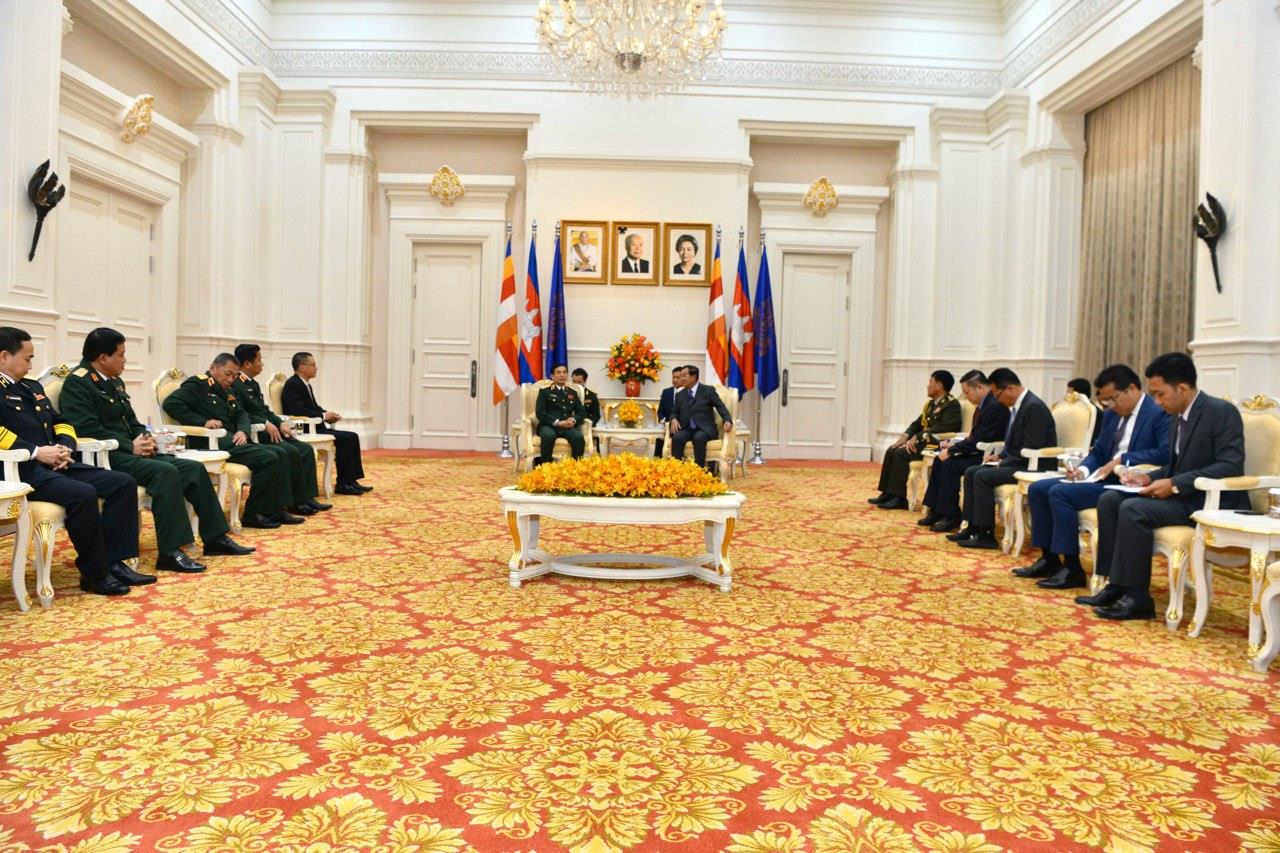