The Meeting discussed on various traditional and non-traditional security issues affecting the recent developments of sectoral bodies under APSC, and the progress of the implementation of the APSC Blueprint 2025.

Addressing the challenges and ways forward for the APSC Blueprint, H.E. Deputy Prime Minister Prak Sokhonn stressed on the serious impact of cybersecurity, the need to jointly combat transnational crimes, especially illegal drug trafficking. He illustrated how ARMAC contributes to promoting awareness of the dangers of mines and explosive remnants of war in the region and the world. He also informed the meeting the outcomes of the recent Regional Symposium on Implementing Women, Peace, and Security (WPS) Agenda in ASEAN that was held in Phnom Penh in August 2019.

In his intervention, H.E. Deputy Prime Minister Prak Sokhonn thanked the Government of Indonesia for its commitment to ASEAN regarding the newly inaugurated ASEAN Secretariat Building in Jakarta. On IAI, he reiterated the importance of the initiative in advancing regional integration and encouraged more focus on improving the competitiveness of MSMEs, enhancement of public-private partnership to deepen digital integration, and capacity building program. On Timor-Leste’s application in ASEAN, he emphasized that Cambodia supports Timor-Leste’s membership in ASEAN and welcomed the positive progresses made following the APSC Fact-Finding Mission in September 2019. He also encouraged ASEAN Economic Council (AEC) and ASEAN Socio-Cultural Council (ASCC) pillars to conduct their Fact-Finding Mission at the earliest possible in 2020.

In the evening of 01 November 2019, H.E. Deputy Prime Minister Prak Sokhonn participated in the Working Dinner for ASEAN Foreign Ministers during which regional and international issues of common interest were discussed.

On 02 November 2019, H.E. Prak Sokhonn, together with other ASEAN Foreign Ministers, signed the Instruments of Accession to the Treaty of Amity and Cooperation in Southeast Asia (TAC) by the Federal Republic of Germany and the Kingdom of Bahrain.
=FRESH NEWS 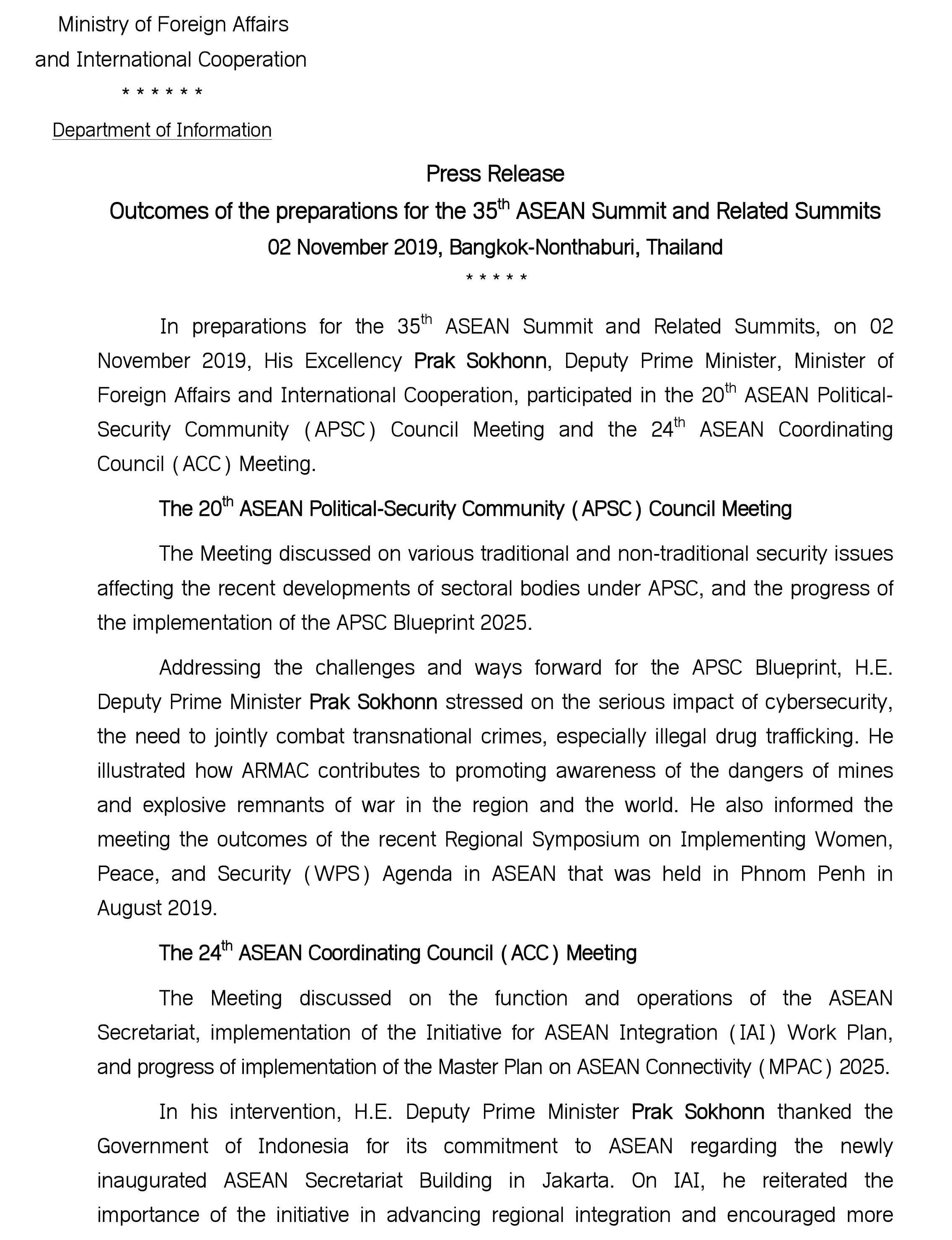 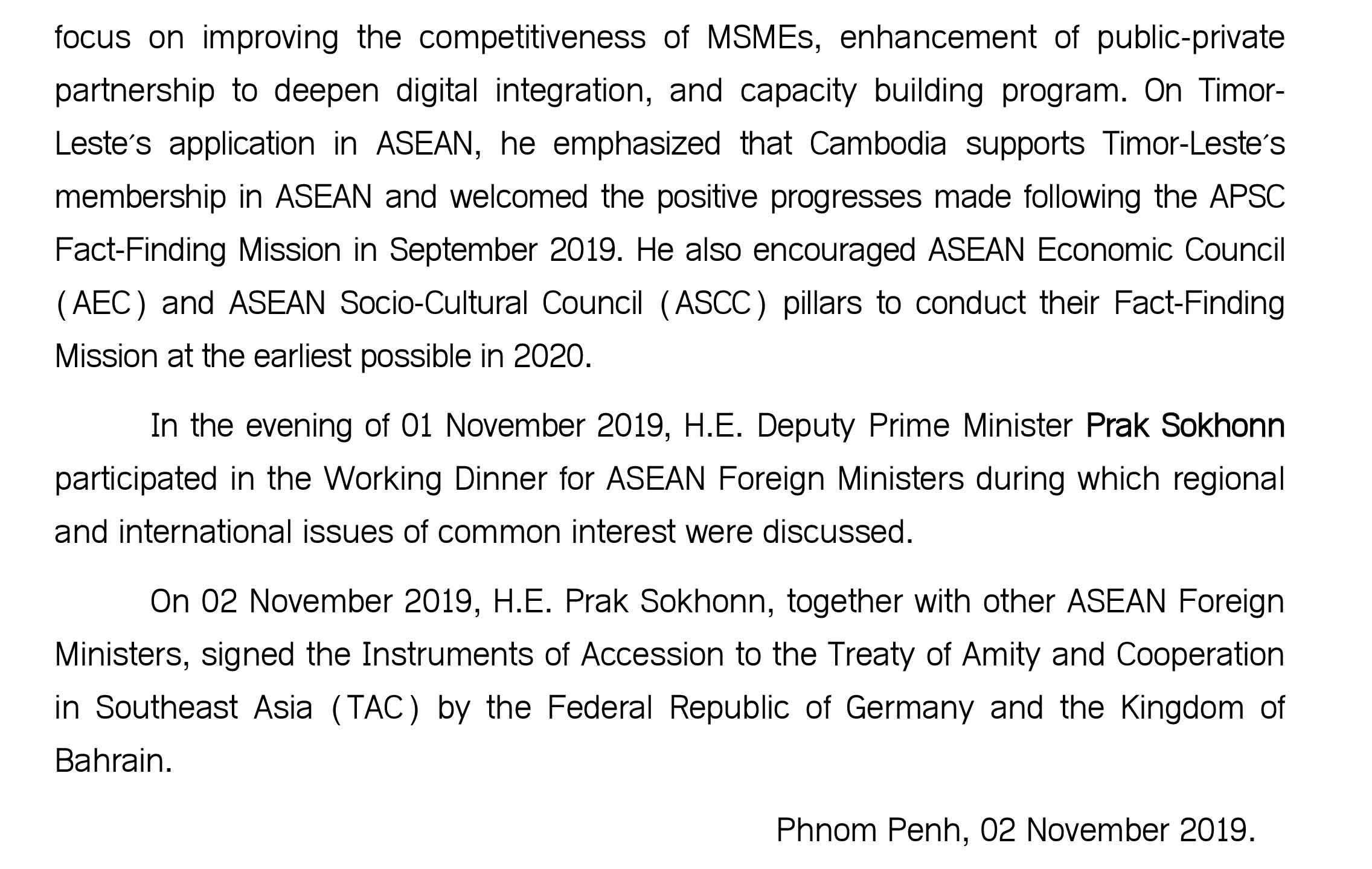