Thailand (FN), Nov. 4 – Russian Prime Minister Dmitry Medvedev pledged to further contribute to the development of Cambodia by strengthening relations and cooperation in politics, economy, trade, investment and education, addressing at a bilateral meeting with Cambodian Prime Minister Hun Sen on 3 November 2019, as the two leaders participated the 35th ASEAN Summit in Thailand.

Prime Minister Dmitry Medvedev said Cambodia is a close friend of Russia. He expressed his hope that the two countries' relations will grow stronger through governmental cooperation, according to delegate Minister Kao Kim Hourn.

During the meeting, Prime Minister Hun Sen thanked Russia for supporting Cambodia to become an observer country of the Shanghai Cooperation Organization; for providing training to Cambodian military officials; granting technical assistance in demining; and increasing quota of scholarships granting to Cambodian students.

Premier Hun Sen expressed his satisfaction at the growing trade volume between the two countries. In this regard, he asked the Russian Prime Minister to push Russian investors to invest in Cambodia on food processing, agro-industry, electronics, assembling, and machinery.

He also asked the Russian side to consider the possibility of embarking on a project to modernize the Khmer-Soviet Friendship Hospital in the near future, as the hospital symbolizes a long-term friendship between the two countries.

Prime Minister Dmitry Medvedev thanked Prime Minister Hun Sen for inviting him to attend ASEM13 to be held in Phnom Penh next year.

Diplomatic relations between the USSR and Cambodia were established on 13 May 1956. In December 1991, King Norodom Sihanouk announced the recognition of the Russian Federation as the successor state to the USSR.
=FRESH NEWS 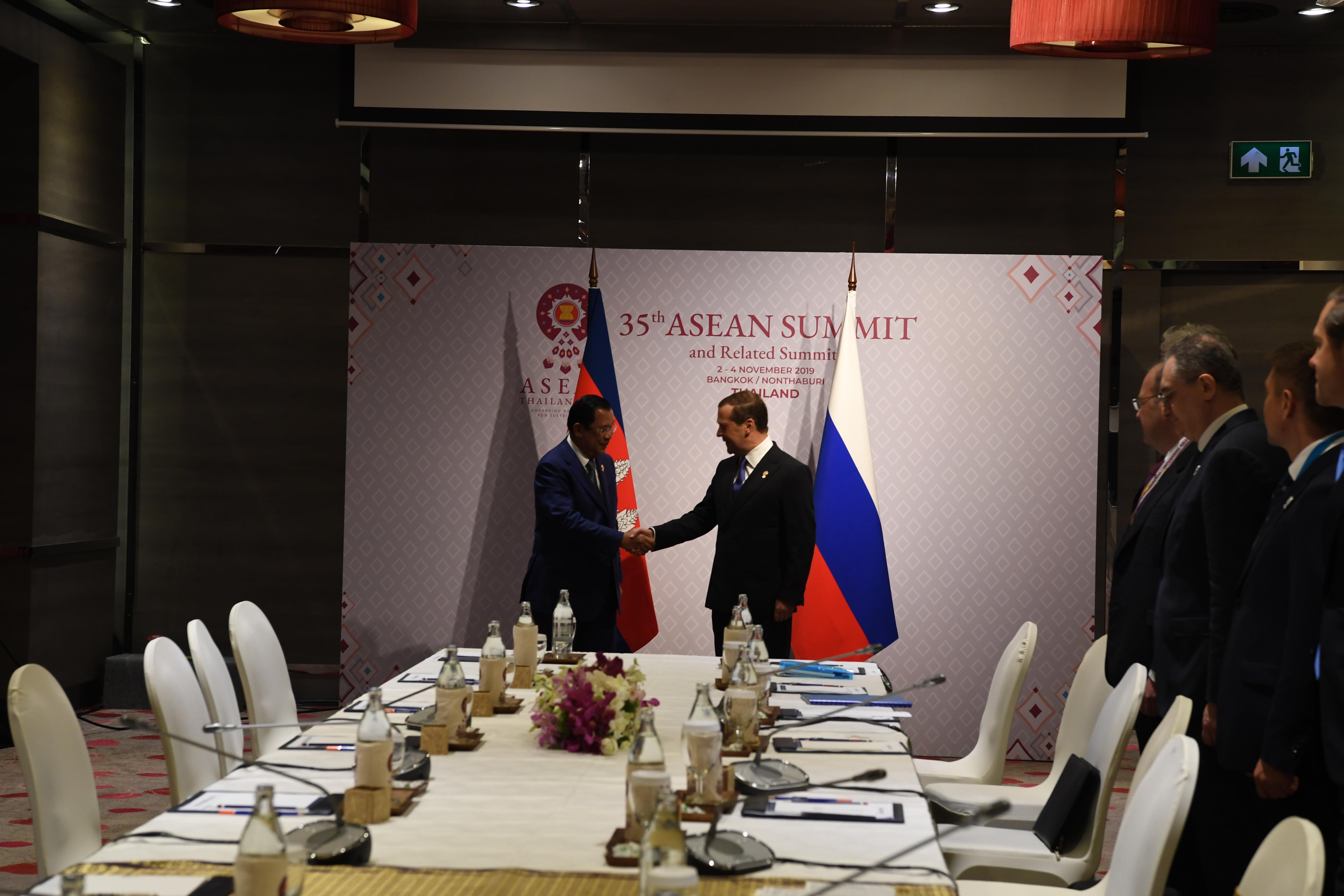 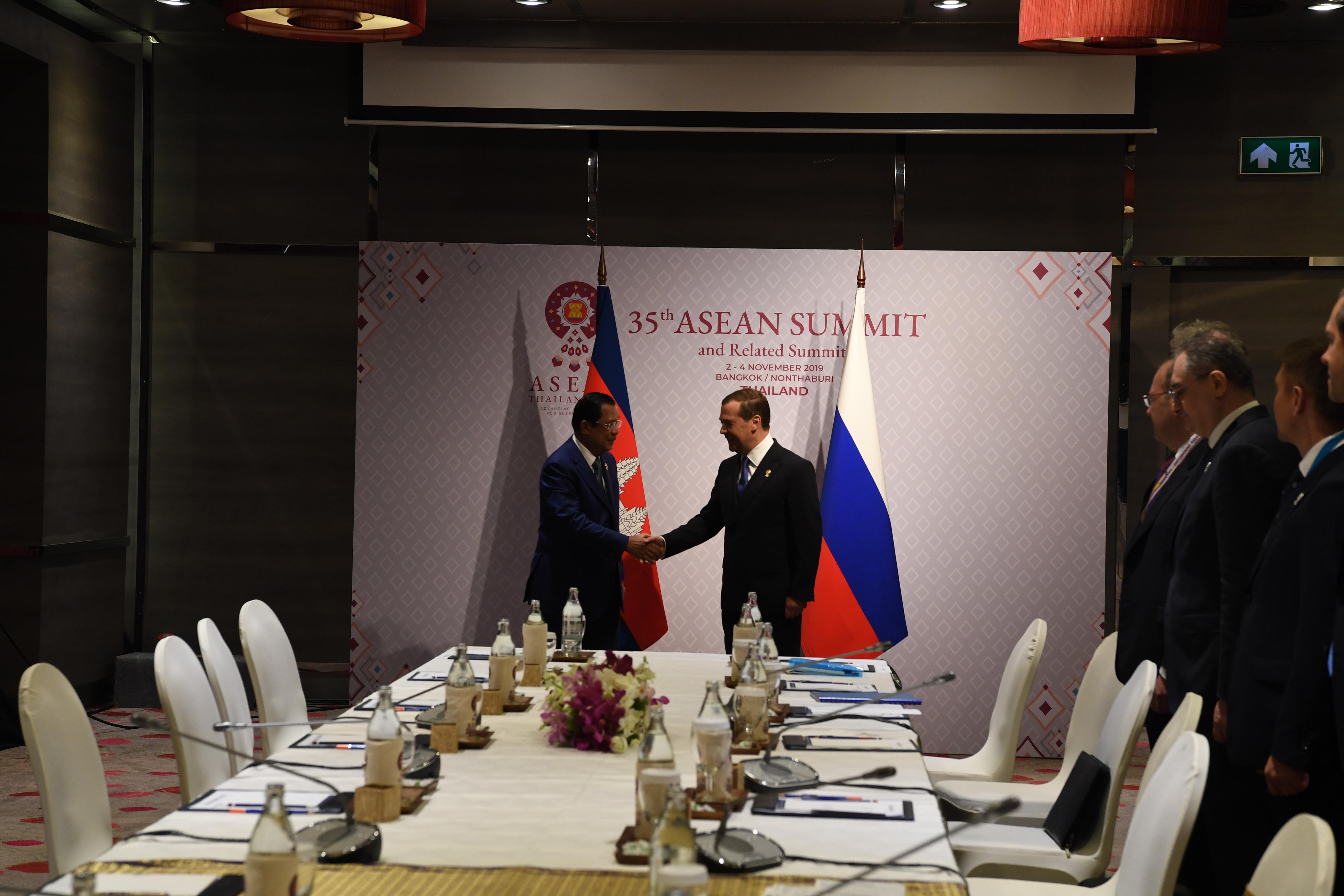 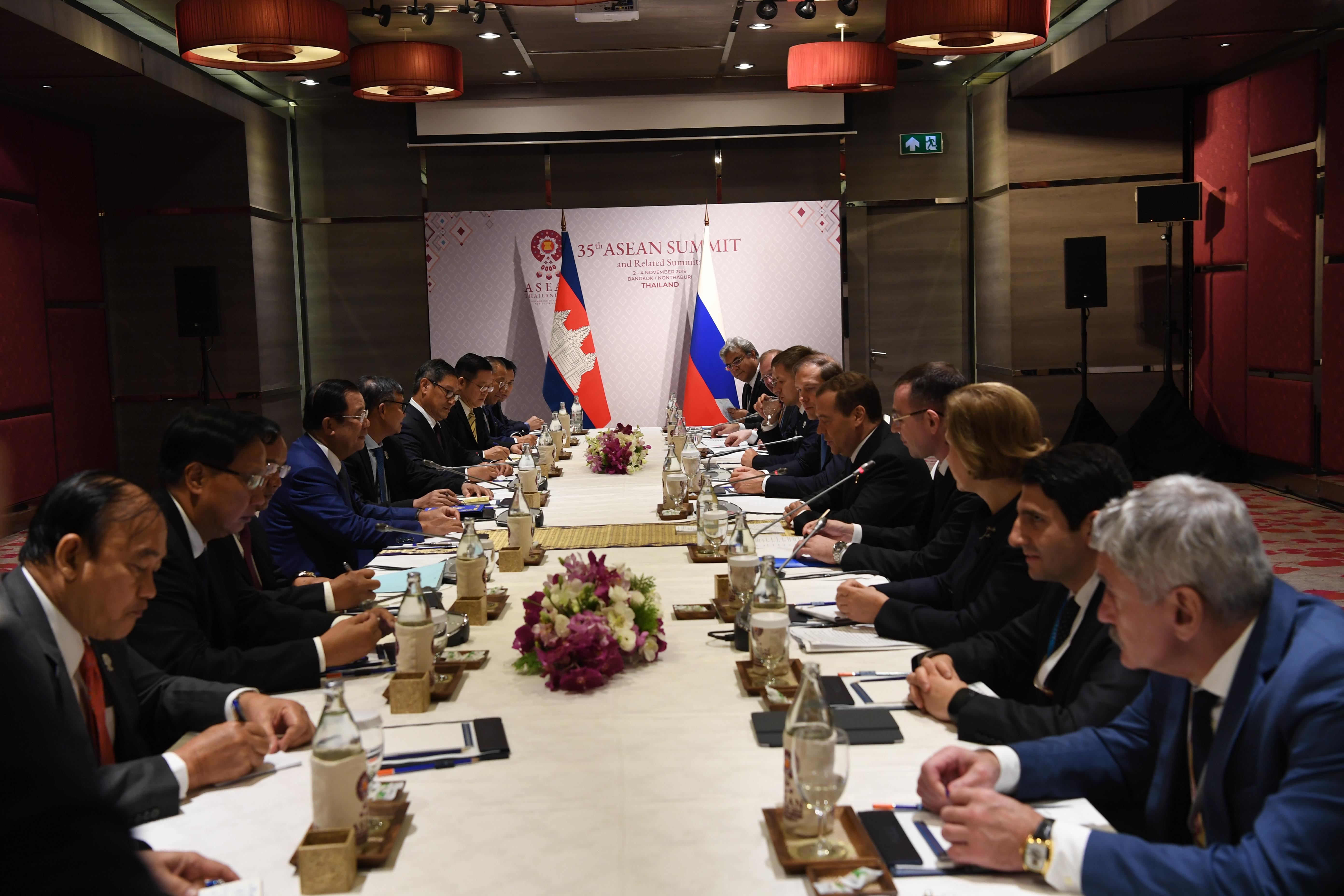