The Royal Embassy of Cambodia stated in the press release that Mu Sochua is a fugitive, as her party is now illegal in Cambodia. Phnom Penh Municipal Court has issued an arrest warrant on 2 October 2019 for "Crime of Attack" against the legally elected Government. 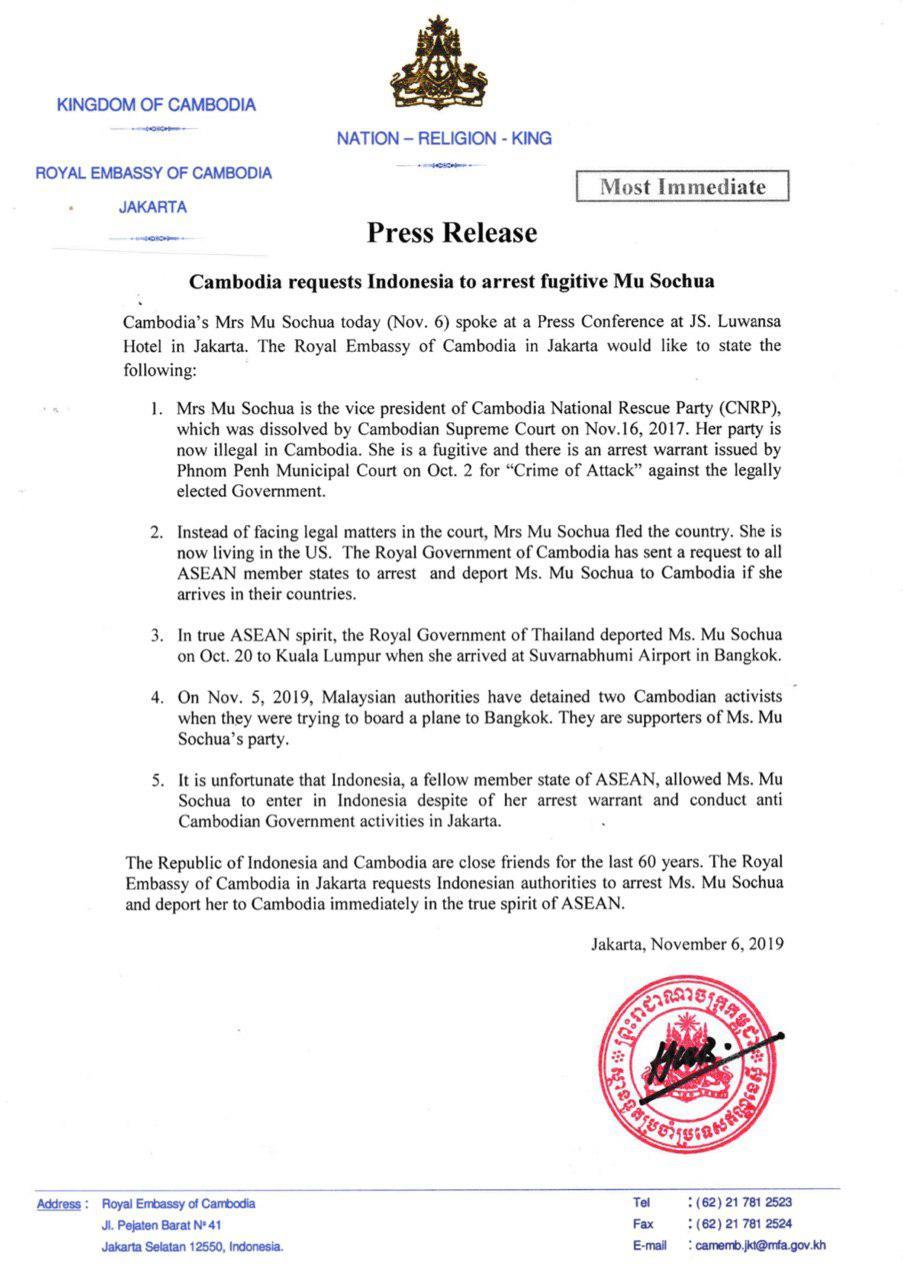