The New York Times wrote yesterday that: “A Thai Airways employee says exiled Cambodian opposition politician Sam Rainsy was not allowed to board a flight from Paris to Bangkok because his booking was not valid.”

“The employee of the Thai flag carrier at Paris' Charles De Gaulle Airport, who answered a telephone call but declined to give his name, said a valid ticket had not been issued in Sam Rainsy's name and the economy class section for Thursday's flight was full. He said a booking in Sam Rainsy's name had been made for a new flight on Saturday,” it continued.

Questions also emerged about whether the opposition leader held a valid ticket. An employee of the Thai flag carrier told The Associated Press that Rainsy did not have a booking for the Thursday flight, which was full, Nikkei Asian Review wrote.

According to a publication by Radio Free Asia English, “Requests by RFA to Thai Airways for comment on Sam Rainsy’s flight status went unanswered Thursday, but the Associated Press cited a Thai Airways employee as saying that he was not allowed to board a flight from Paris to Bangkok because his booking was not valid.”
=FRESH NEWS 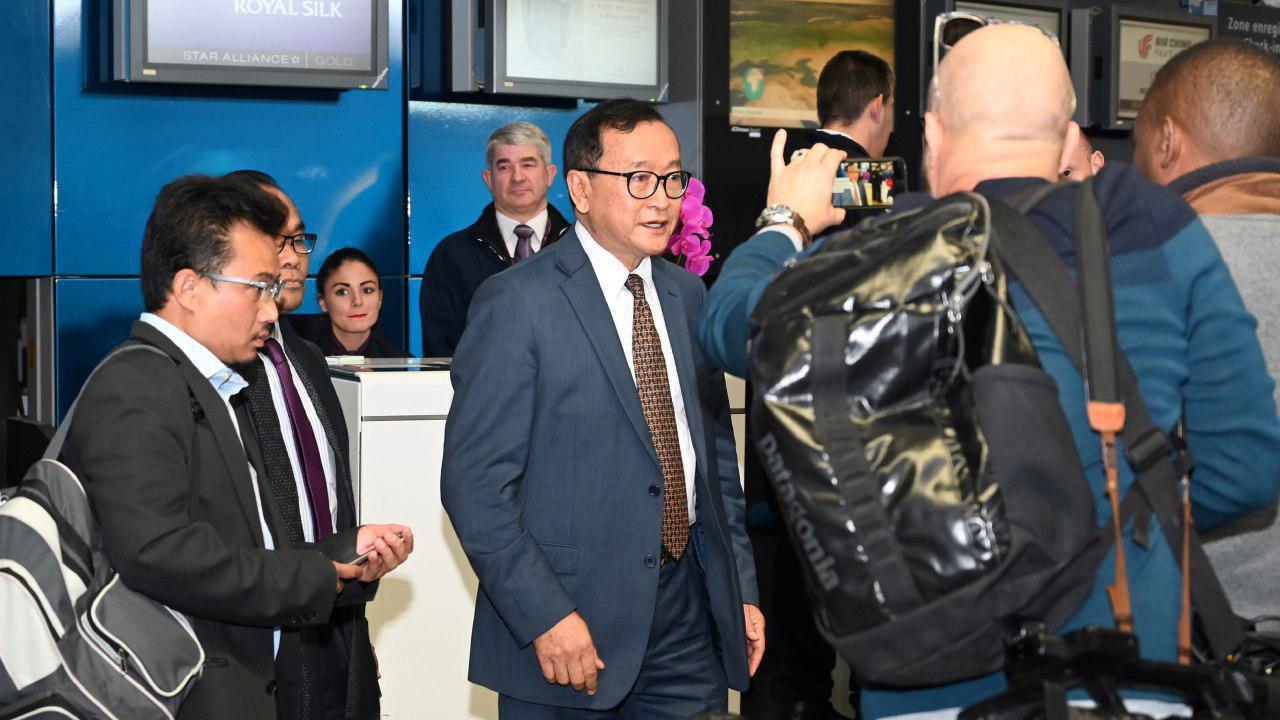 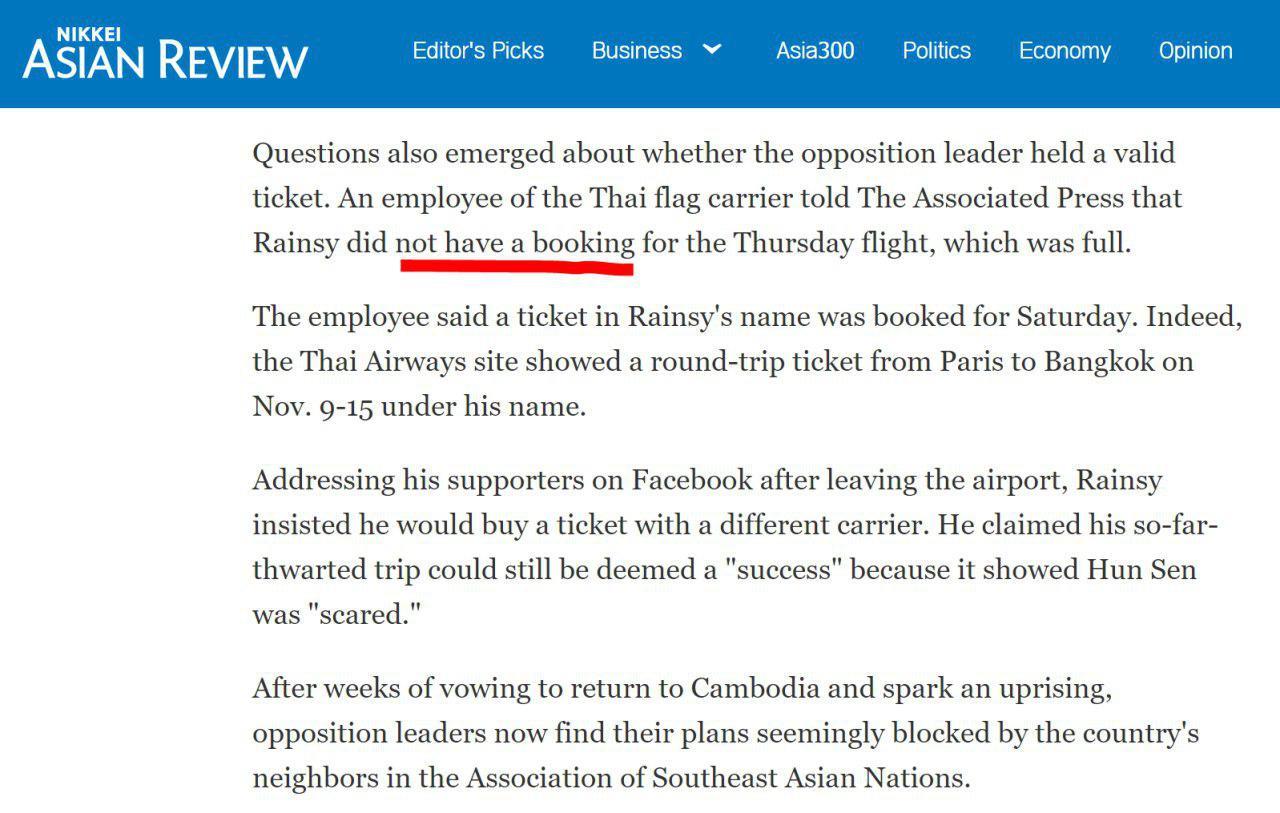 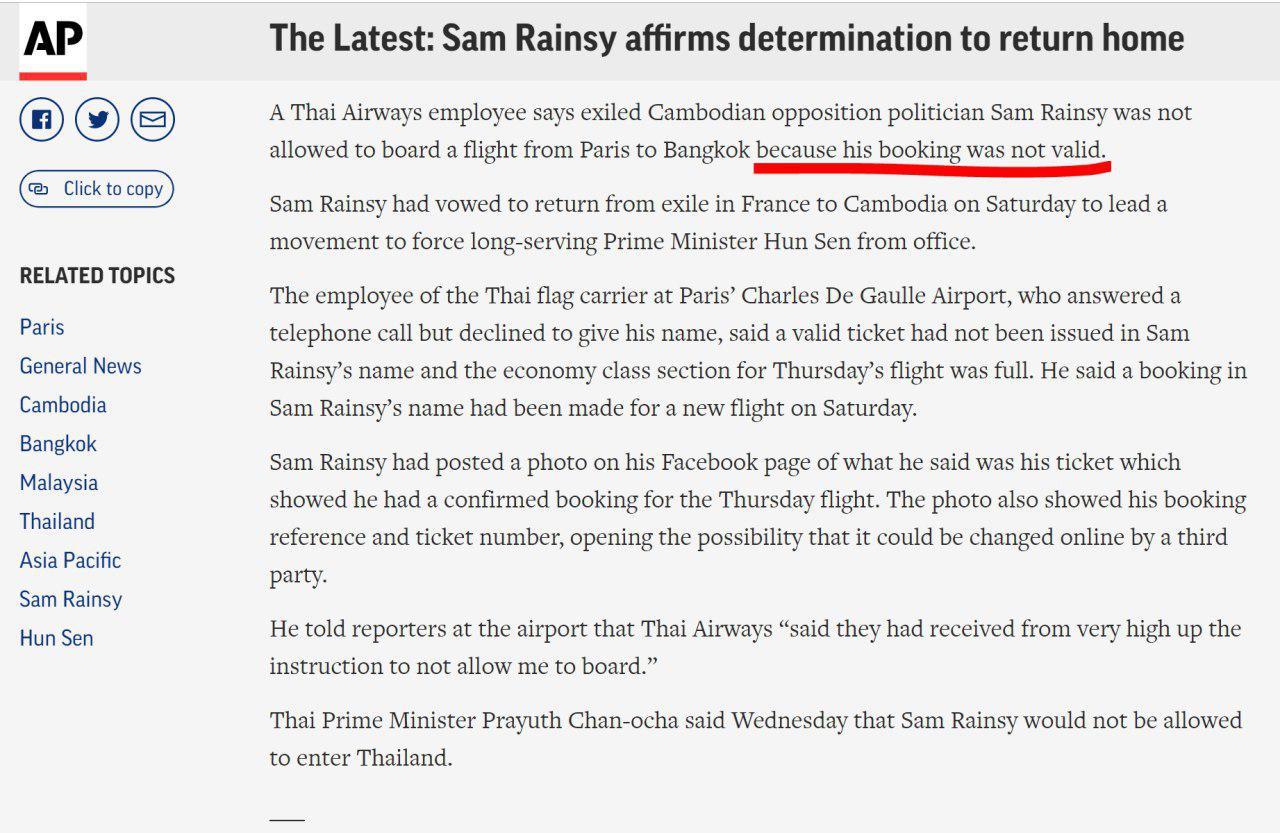 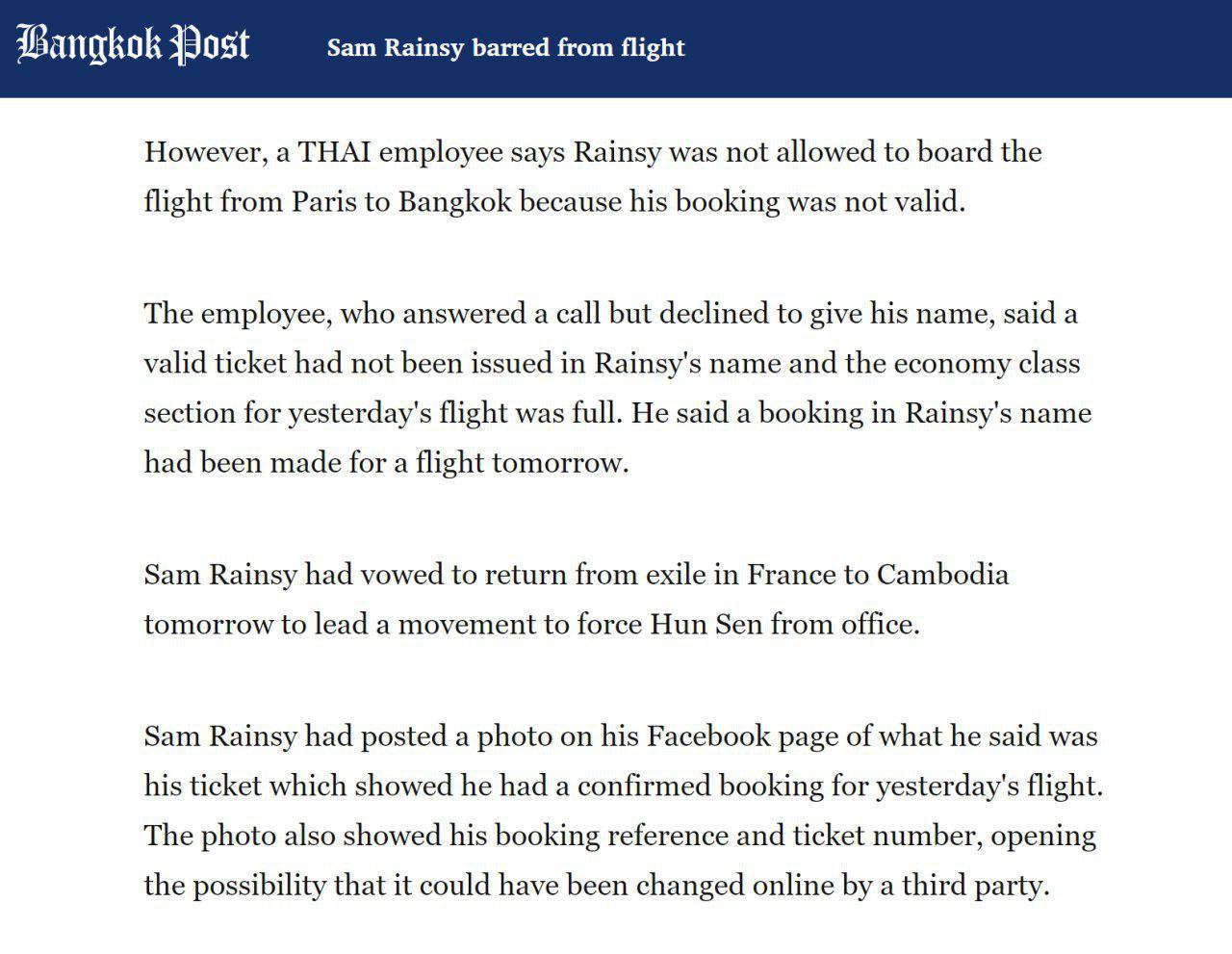 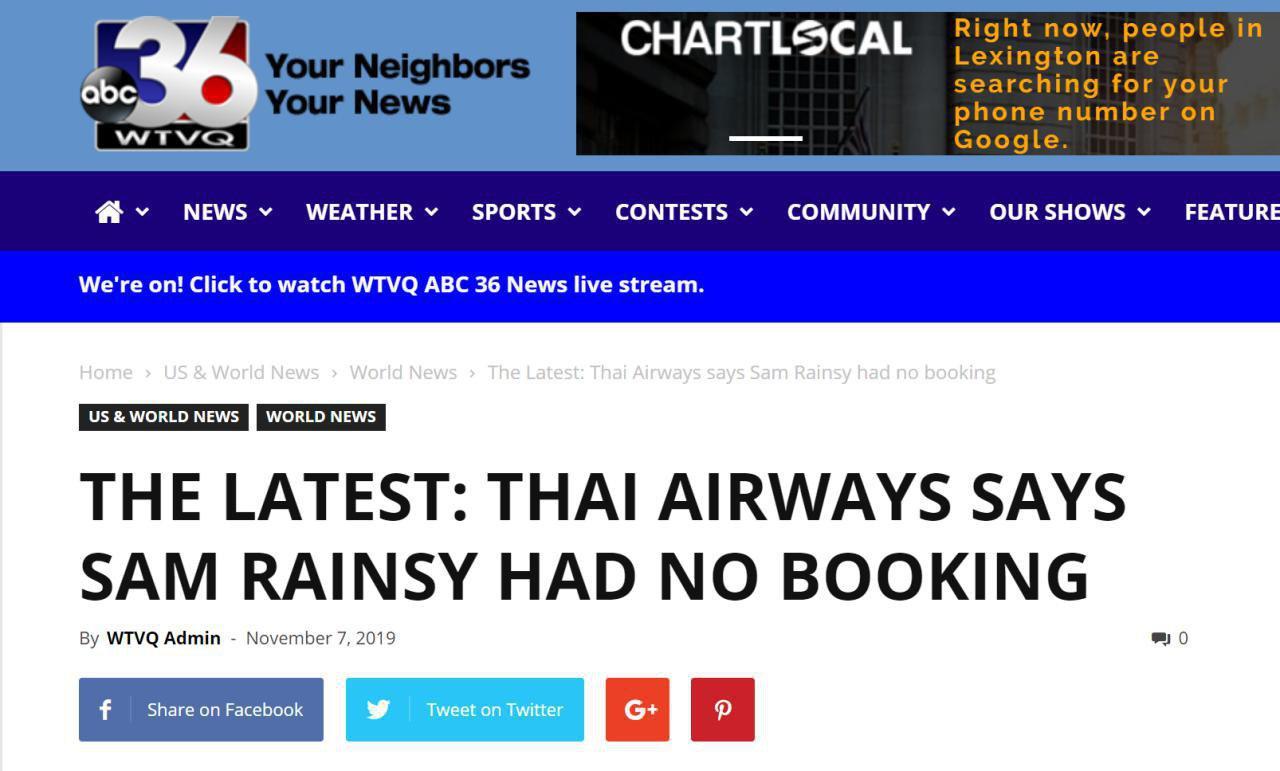 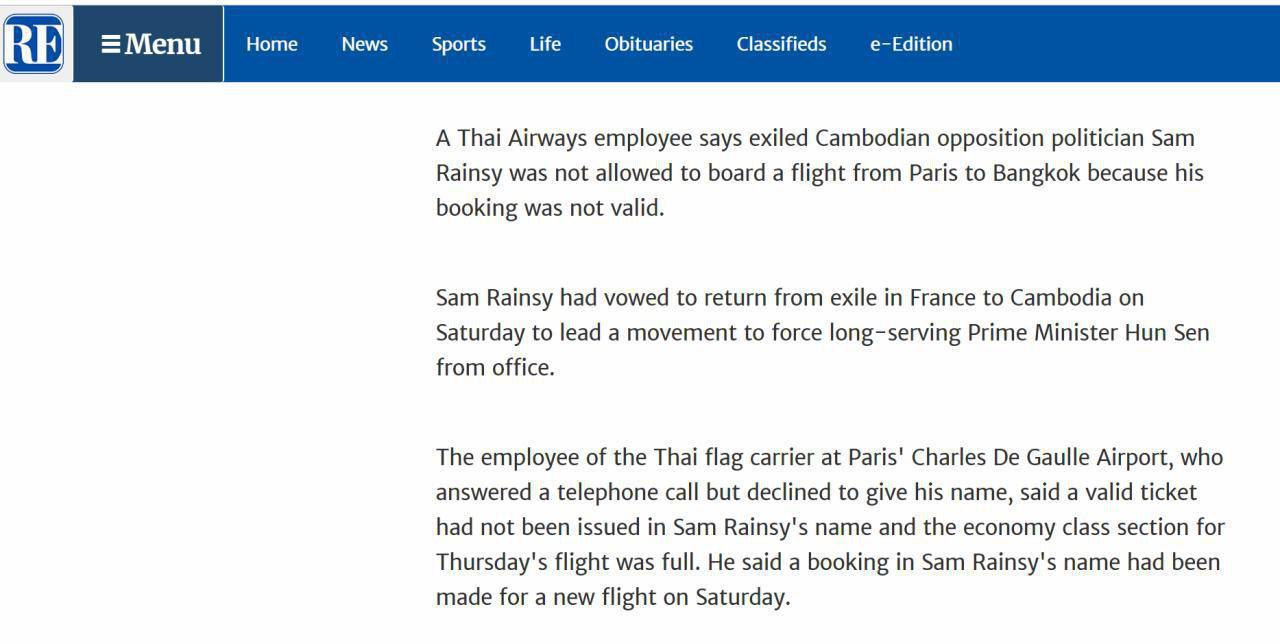 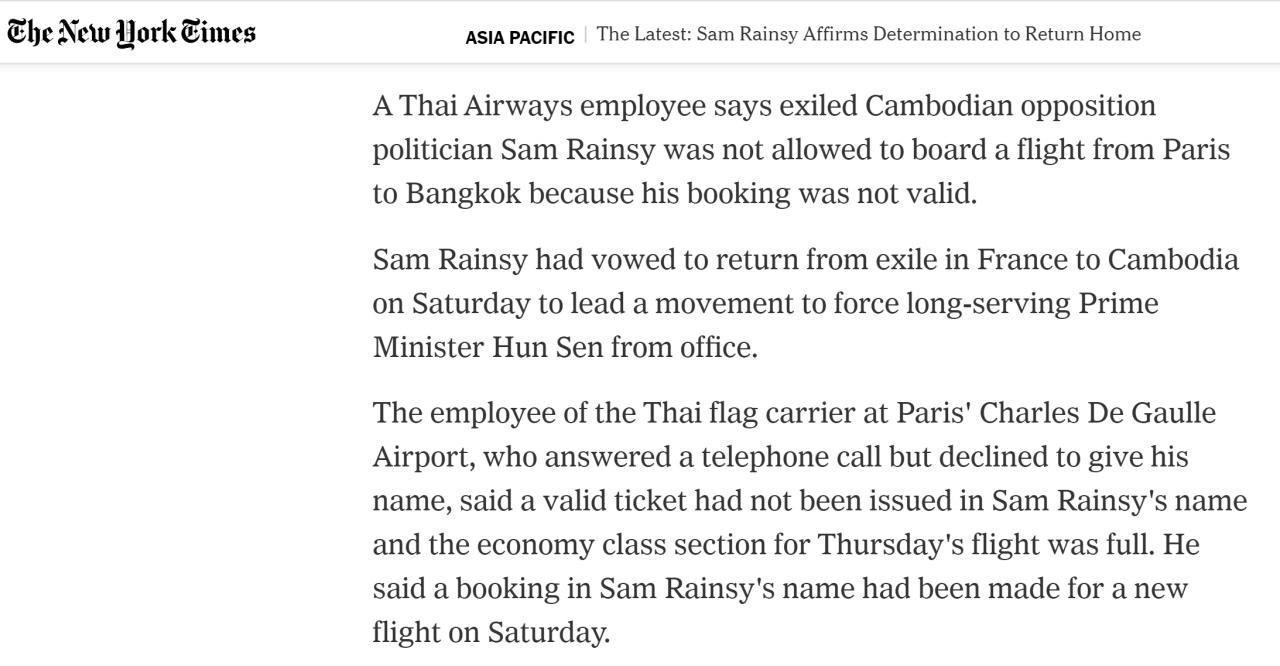 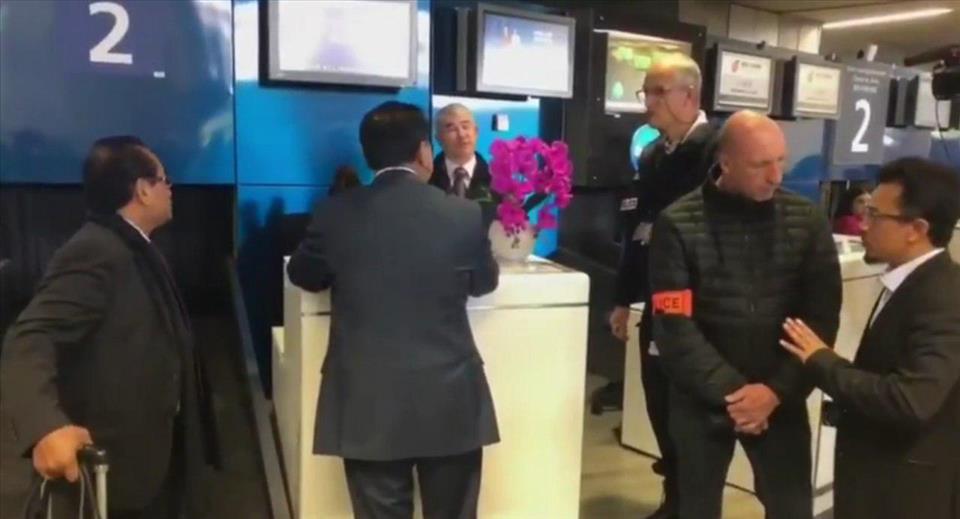 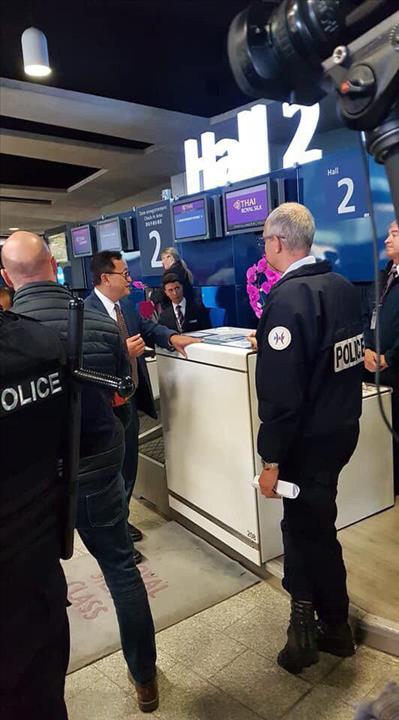