Kem Sokha Meets US Ambassador to Cambodia, No Talks on Politics

The meeting was held on Monday afternoon at Sokha's house in Tuol Kork after he was given more freedom by the court.

Speaking to reporters after the meeting, Kem Sokha said he could not make statement, as he is banned from engaging in any political activities.

Sokha thanked the media for covering the event today.

Following pre-trial detention, Sokha was released on bail and put under judicial control by not allowing to leave border of street 313, street 311, and street 608; nor meet former leaders of CNRP; nor engage in any political activities.

In the press release dated 10 November 2019, Phnom Penh Municipal Court has eased the conditions for Kem Sokha with the following obligations: (a) must not leave the border of the Kingdom of Cambodia; (b) must not engage in political activities; (c) must respond to the summons of authority.
=FRESH NEWS 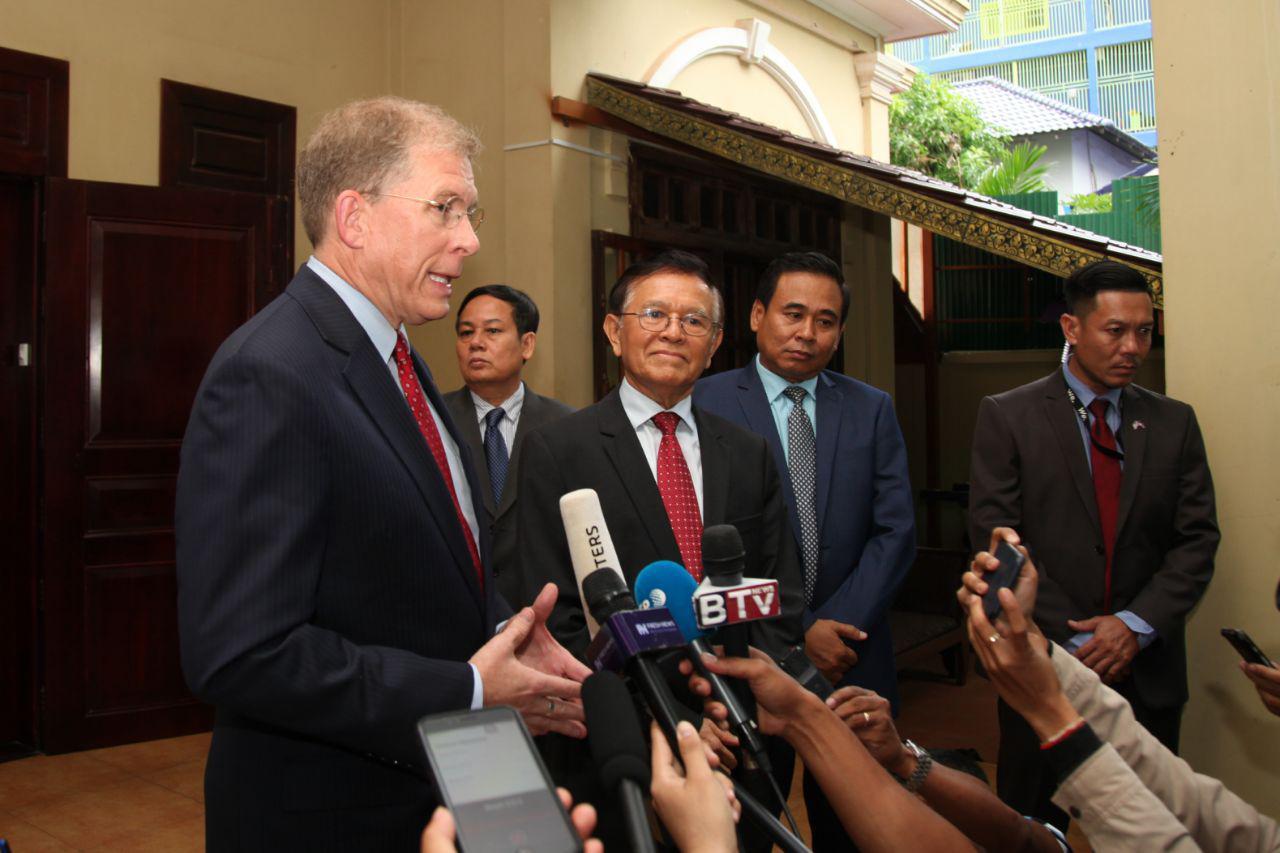 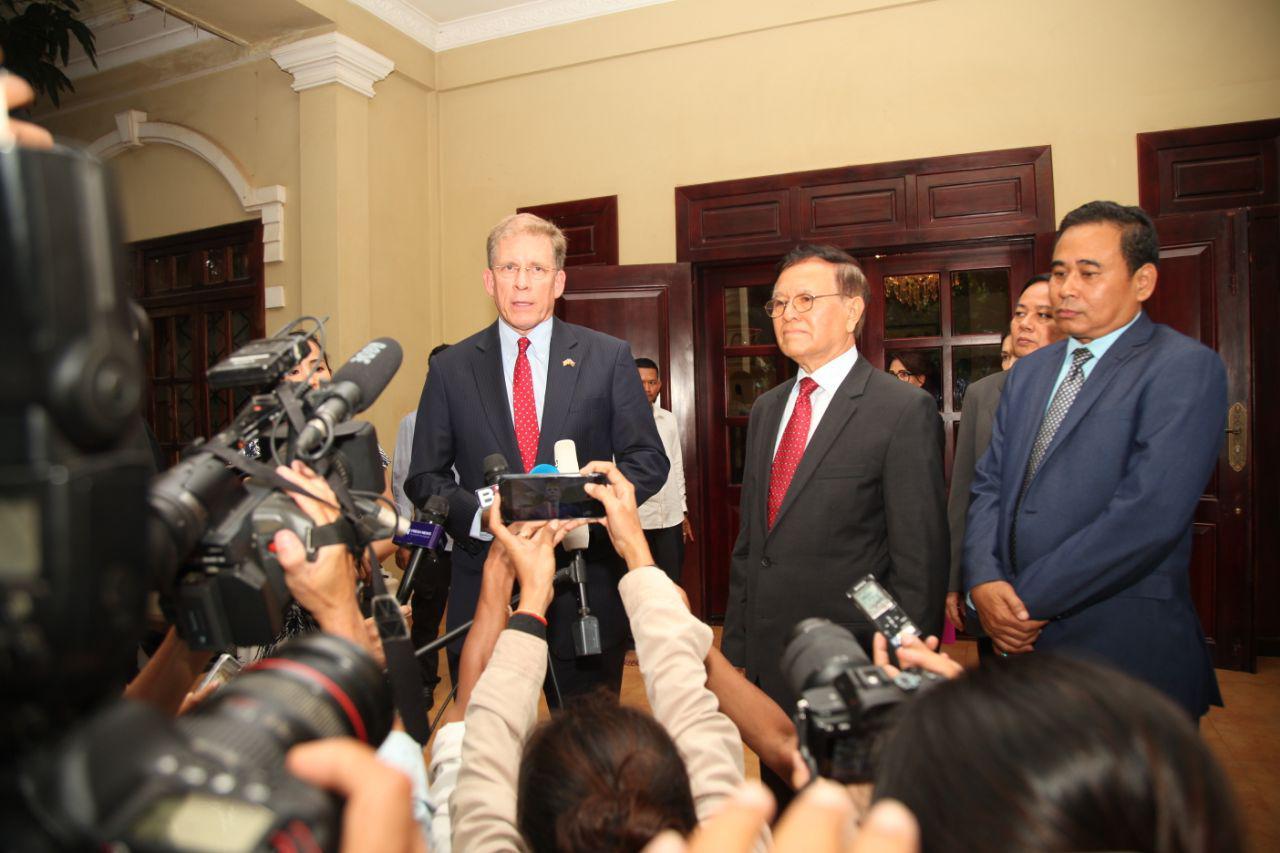 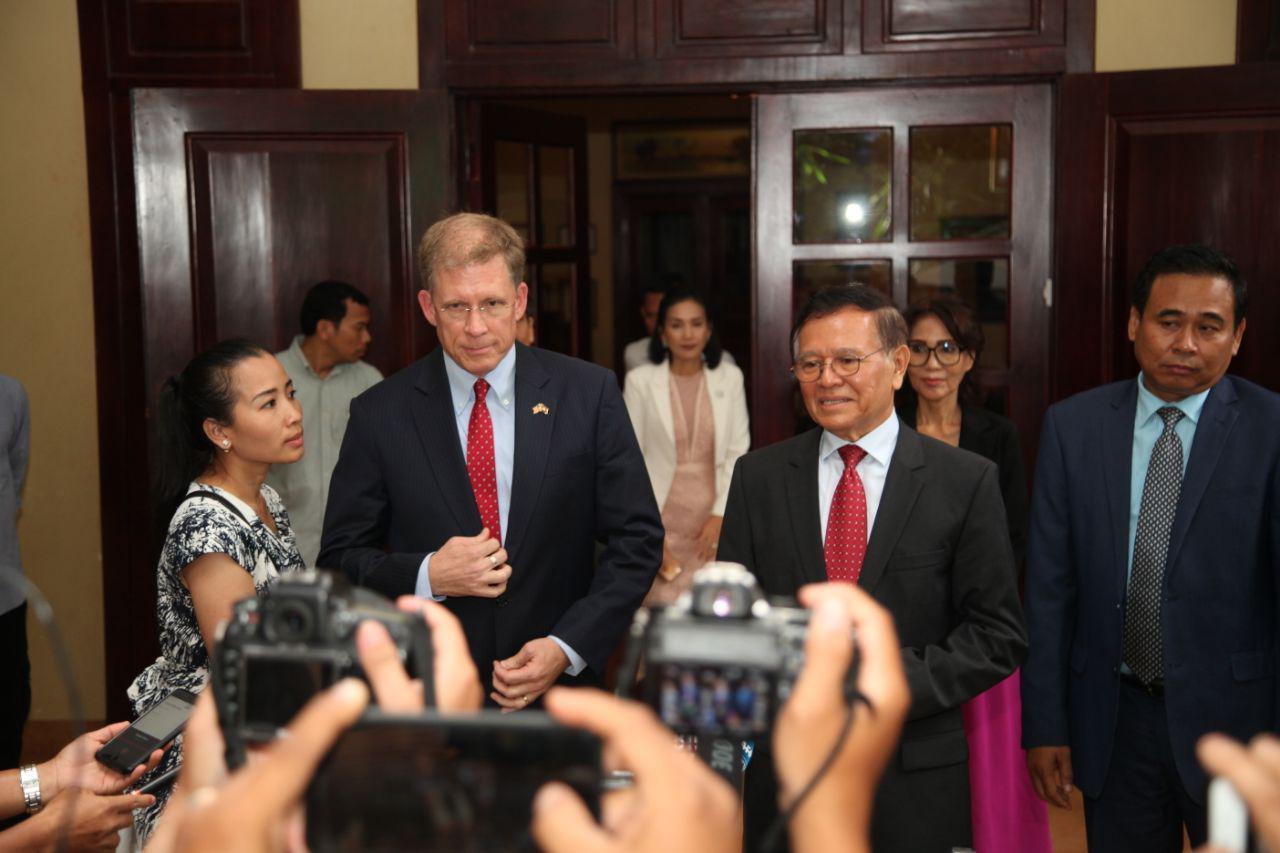 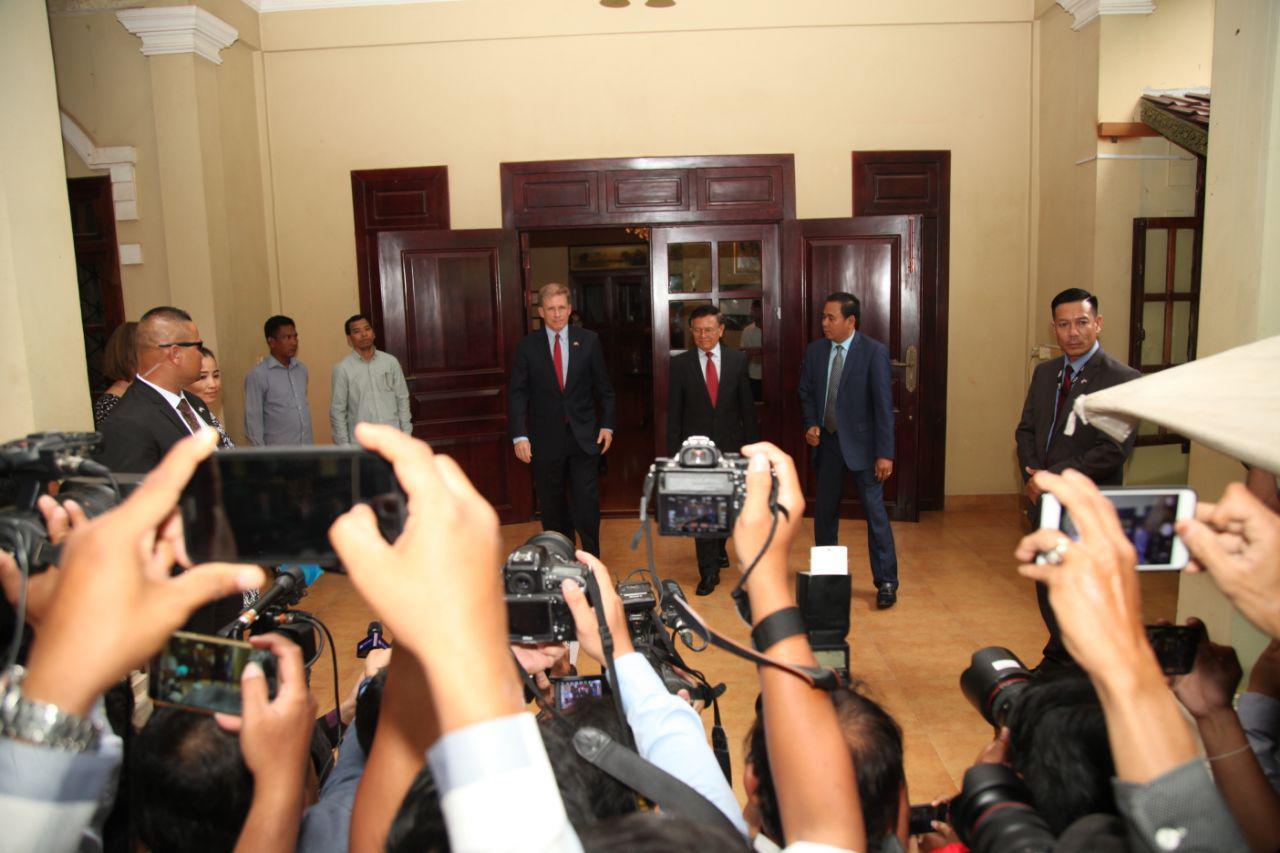 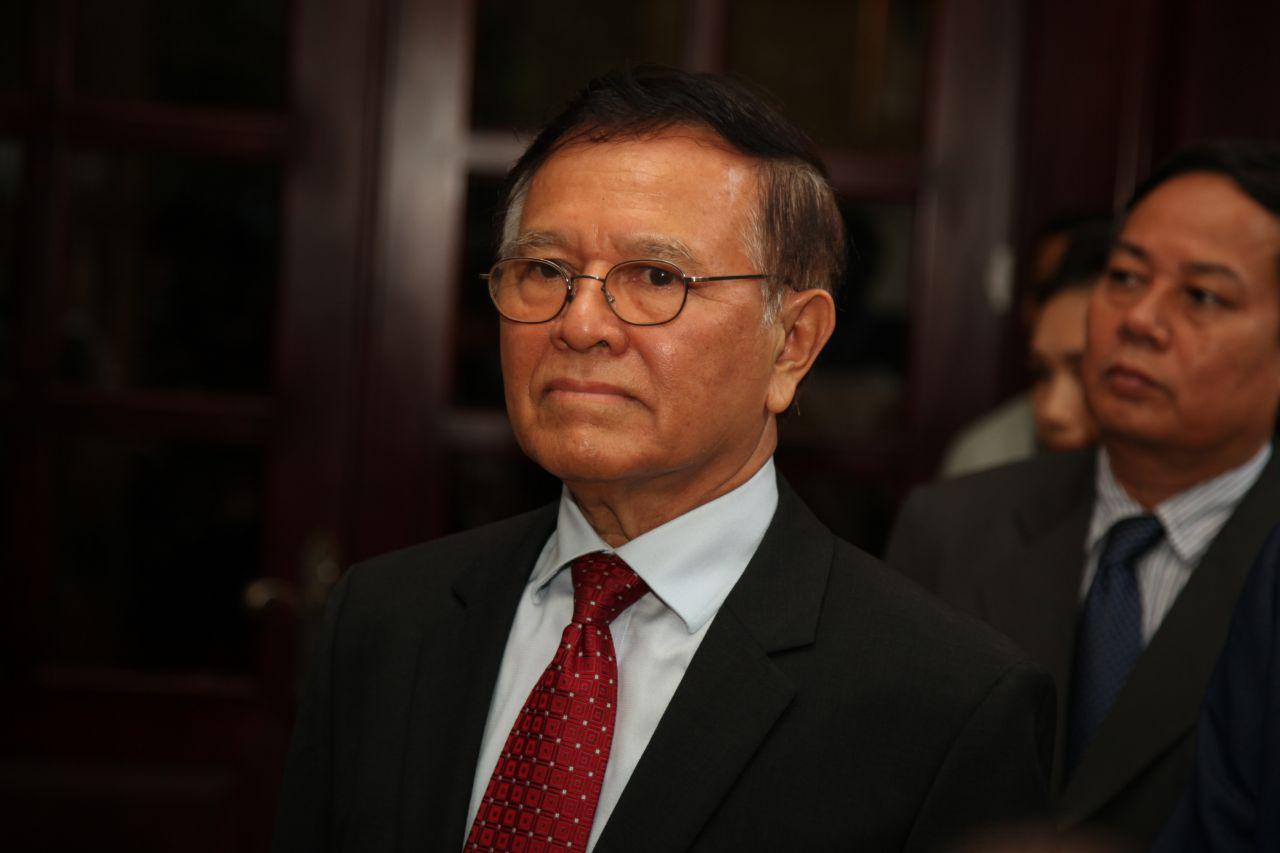 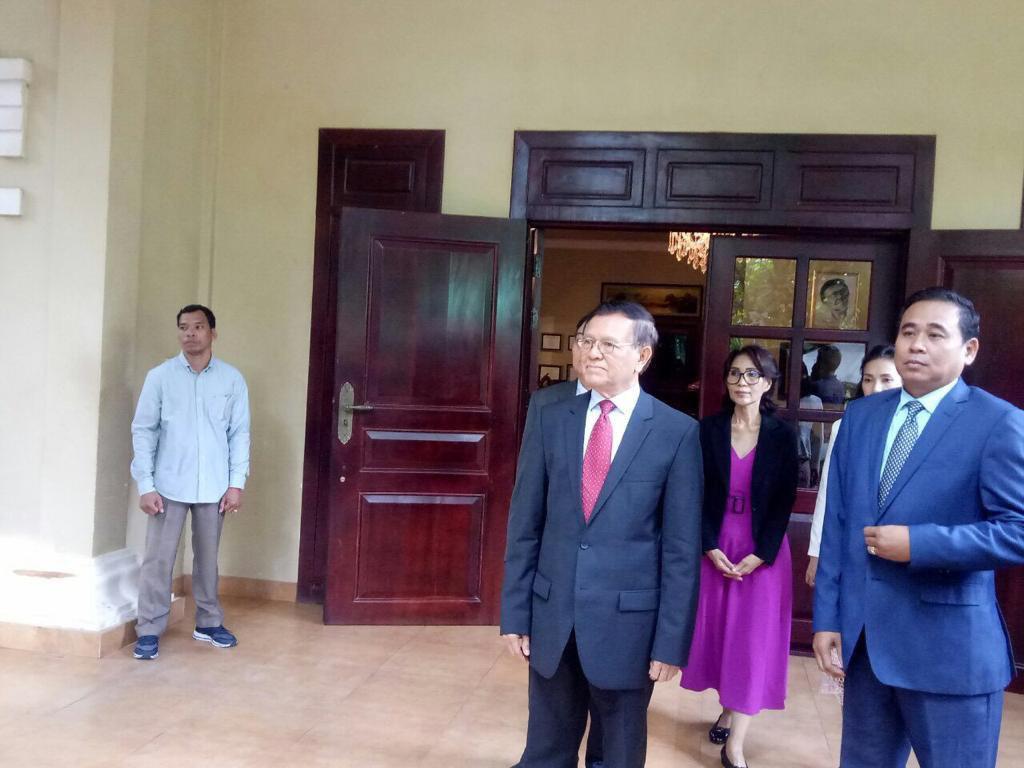