“Recently, a group of rebels led by Sam Rainsy set 9 November 2019, on the occasion of the 66th anniversary of Cambodia’s Independence Day, to launch a coup to overthrow the Royal Government and the monarchy in Cambodia. The Royal Government is pleased to announce to all our countrymen that the Sam Rainsy-led coup attempt has failed completely, while the kingdom’s security and public order are ensured nationwide,” according to the statement dated 13 November 2019.

“The Royal Government expressed its deepest appreciation and thanks to all armed forces and competent authorities at all levels for their role in maintaining peace and stability and successfully destroying the coup plan of Sam Rainsy to overthrow the legitimate government, created through people’s wills in a free, fair, and just elections, in accordance with the constitution and laws […],” the statement added.
=FRESH NEWS 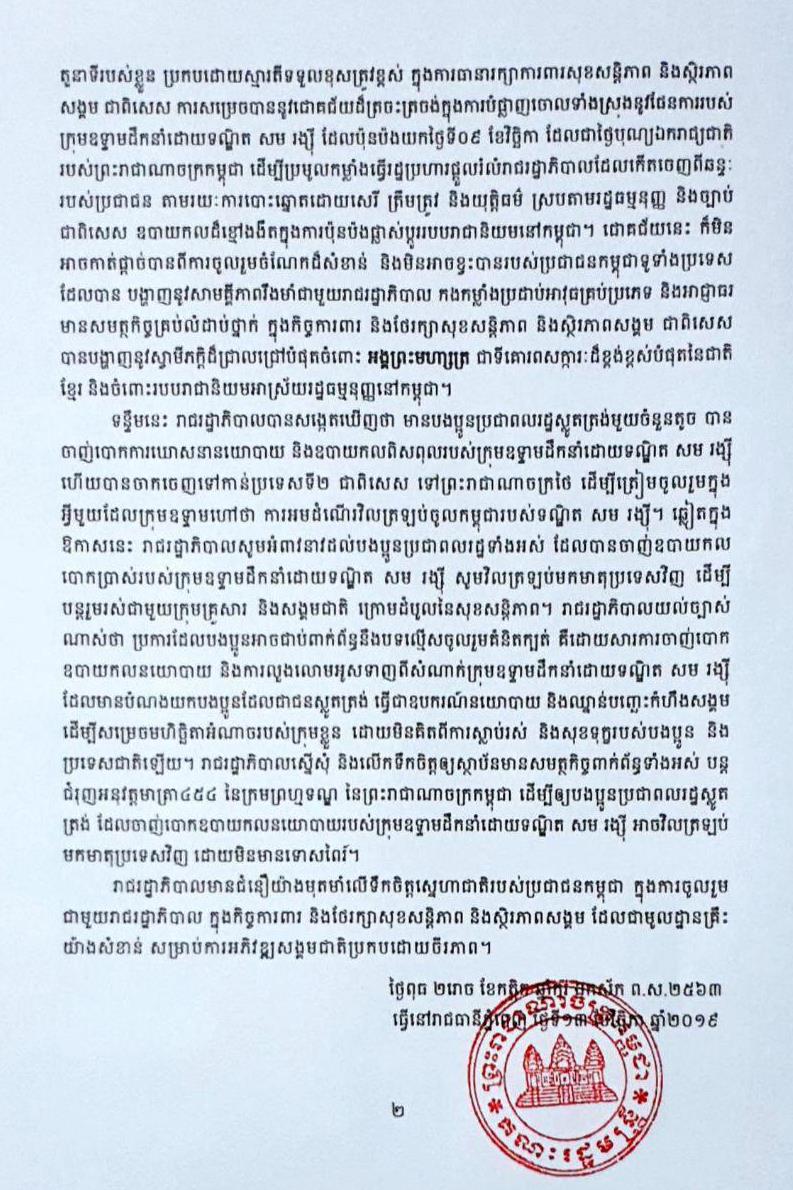