Phnom Penh (FN), Nov. 14 – The Ministry of Justice issued a statement on 14 November, requesting the prosecution attached to municipal-provincial courts to consider halting the arrests of innocent people deceived by traitor Sam Rainsy.

Addressing at the cement inauguration ceremony in Kampot province this morning, Prime Minister Hun Sen has appealed to withdraw the arrest warrants from people who were deceived by traitor Sam Rainsy, and released on bails those who were allegedly charged with the case of 9/11 coup.

“We know that you are deceived. We could not grant pardons before 9 November, for the government is obliged to enforce the court orders and take appropriate measures [to safeguard peace],” the premier said.

“Releasing on bails is effective only for the 9/11 cases; it does not apply to rape or drug cases,” the premier reiterated.

Prime Minister also called on Cambodian people in Thailand to return home and enjoy living under the roof of peace.

“Please come back home. You will not be charged nor arrested,” he said.
=FRESH NEWS 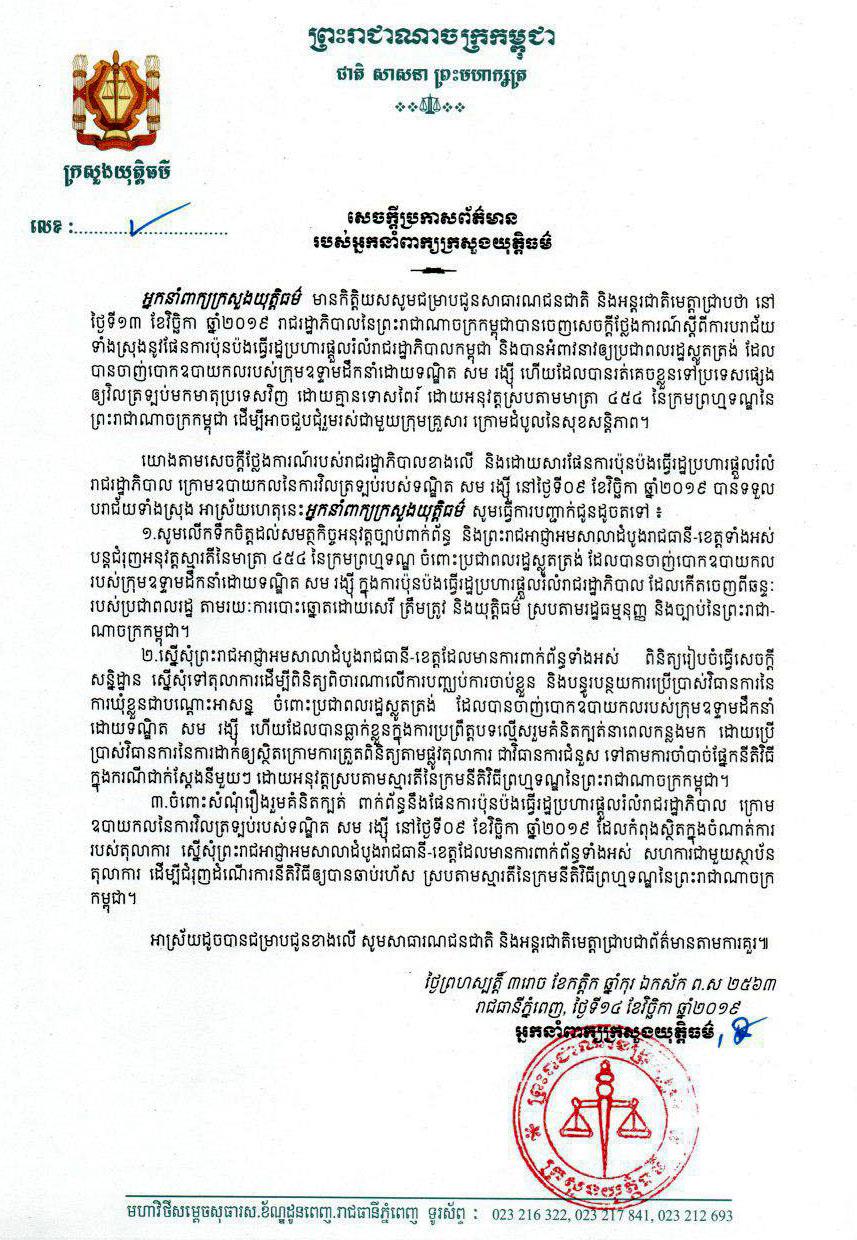