Phnom Penh (FN), Nov. 15 – Cambodia’s Apsara oil is scheduled to flow in the first half of 2020 and the field is expected to reach a peak rate of 7,500 barrels of oil per day, according to the press release of KrisEnergy, an independent upstream oil and gas company.

Cambodia has 25 oil blocks, six off-shores, according to Minister of Mines and Energy Suy Sem.

On 23 August 2018, the Royal Government of Cambodia and KrisEnergy jointly signed agreement for offshore oil development in Block A on the area of 3,083 square km, which lies over the Khmer Basin, an unproduced geological basin in the Cambodian maritime waters of the Gulf of Thailand.

Under the agreement, the Royal Government owns five percent of the shares, while KrisEnergy holds 95 percent.

KrisEnergy expects to produce 30 million barrels of crude oil in the first phase in the period of nine years.

“The Apsara oil field will be the first oil well in Cambodia. Cambodian Government will benefit from tax and five percent share of the revenue,” said Kelvin Tang, CEO of KrisEnergy.

KrisEnergy Ltd. is an independent upstream company focused on the exploration for and the development and production of oil and gas in Southeast Asia.
=FRESH NEWS 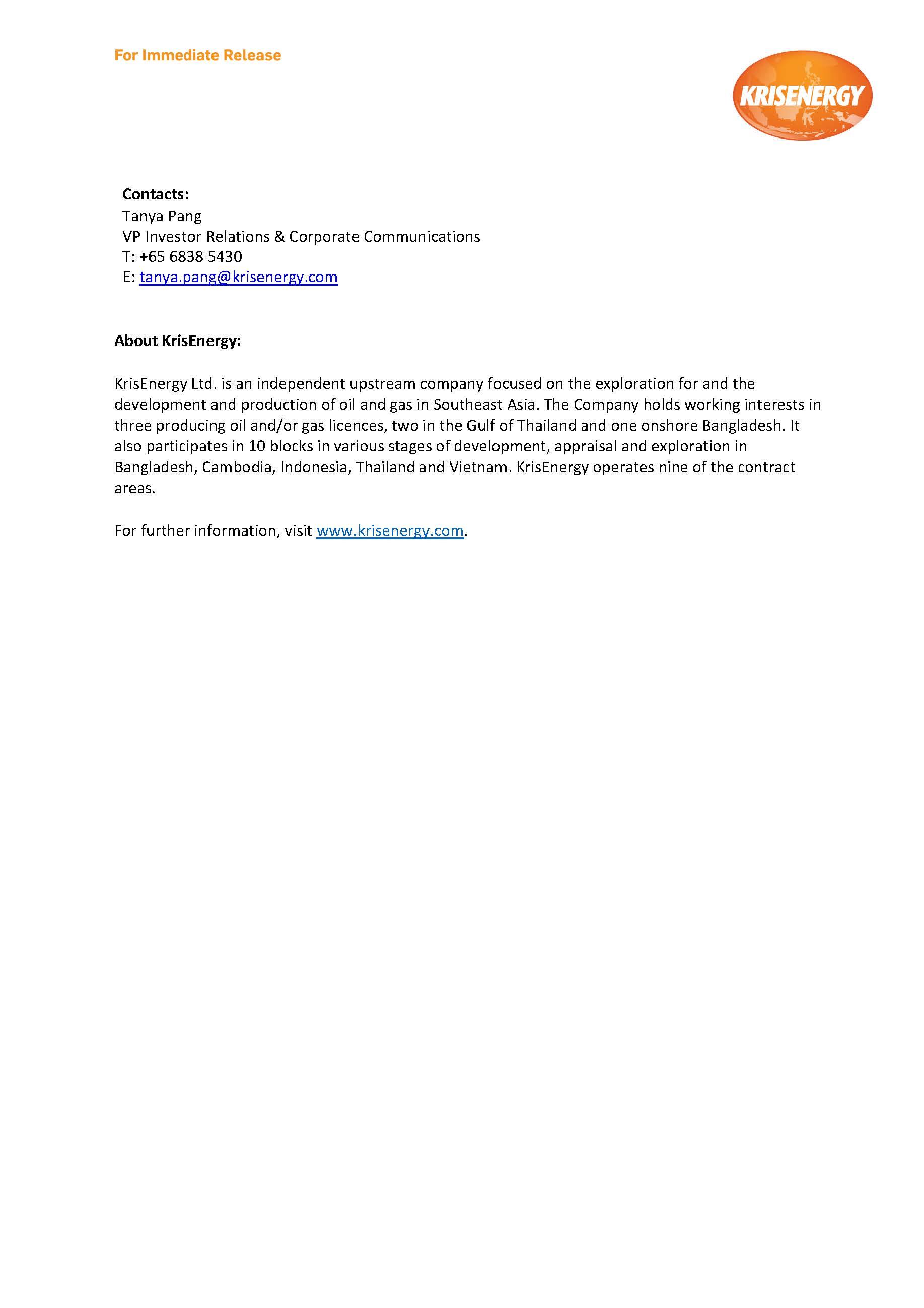