Lao PDR (FN), Nov. 20 – Severe to extreme drought is expected to hit countries in the lower Mekong basin from now until January 2020, warns the Mekong River Commission. Thailand and Cambodia would be hardest hit compared to Lao PDR and Viet Nam, according to the MRC's press release dated Tuesday.

"Preliminary analysis of MRC’s data has shown that the draught is caused by insufficient rainfall during the wet season with a delayed arrival and earlier departure of the monsoon rain and an El Nino event that has created an abnormally high temperature and high evapotranspiration," the press release said.

Read in full below:
=FRESH NEWS 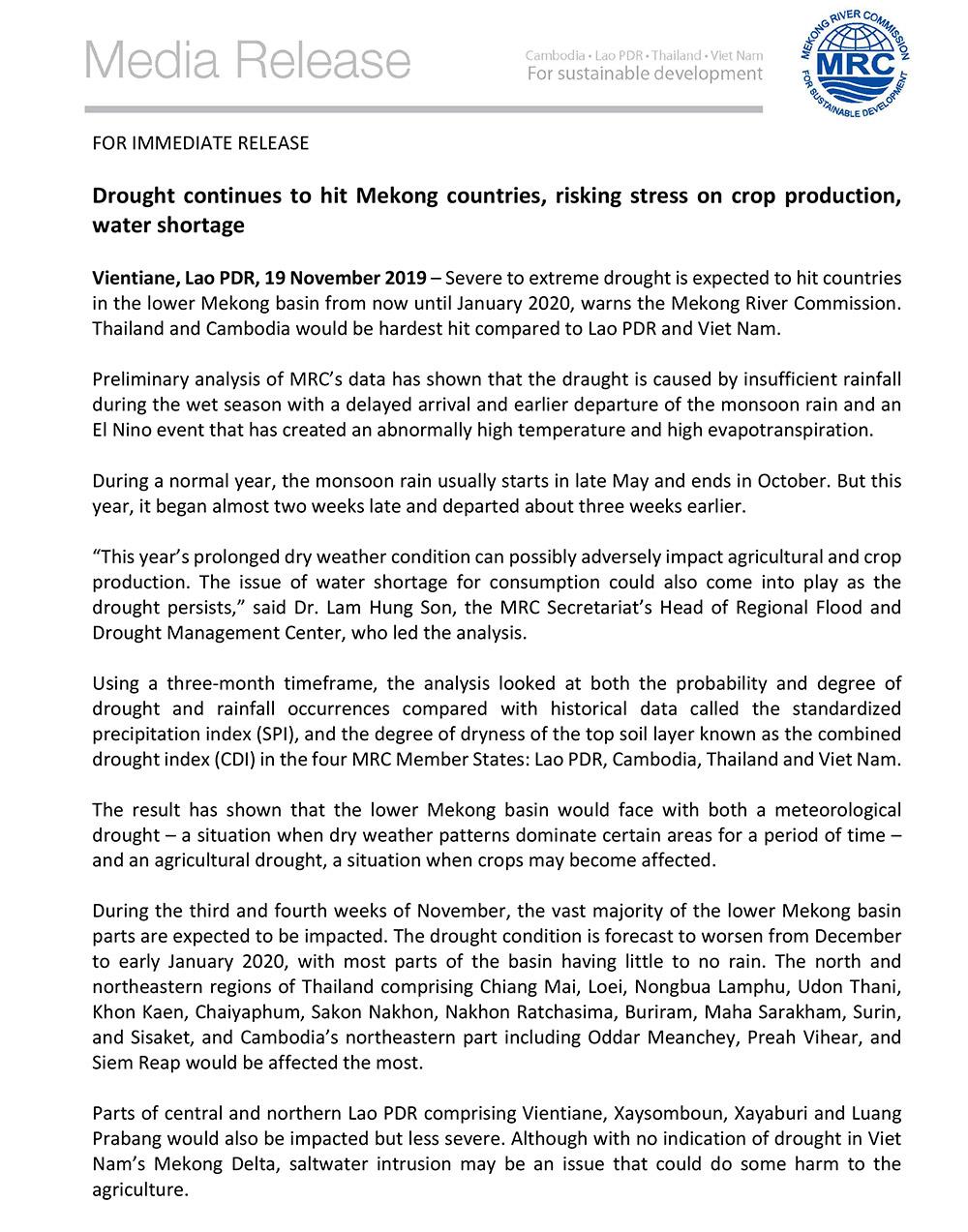