Busan (FN), Nov. 26 – South Korean Trade Minister Yoo Myung-hee and Cambodian Commerce Minister Pan Sorasak announced the official launch of a joint feasibility study on a free trade agreement at 8:30 a.m. on November 25 in Busan, where the Korea-ASEAN Commemorative Summit is being held.

Discussions on trade liberalization were first proposed by the Cambodian side during a bilateral summit in March 2019. After numerous working-level talks, both countries agreed to launch a joint feasibility study on a bilateral trade pact on the sidelines of the Korea-ASEAN Commemorative Summit.

Read the press release below: 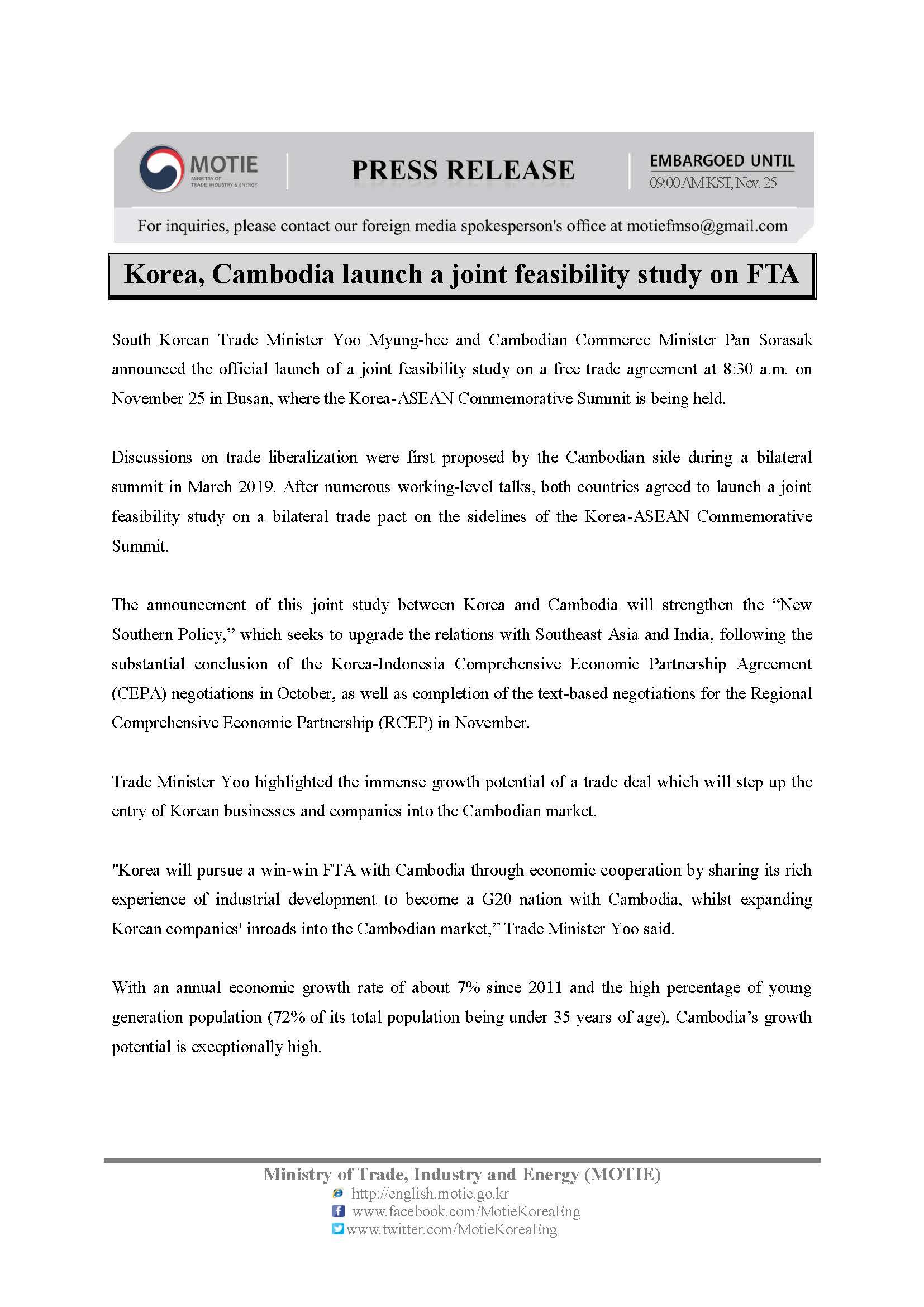 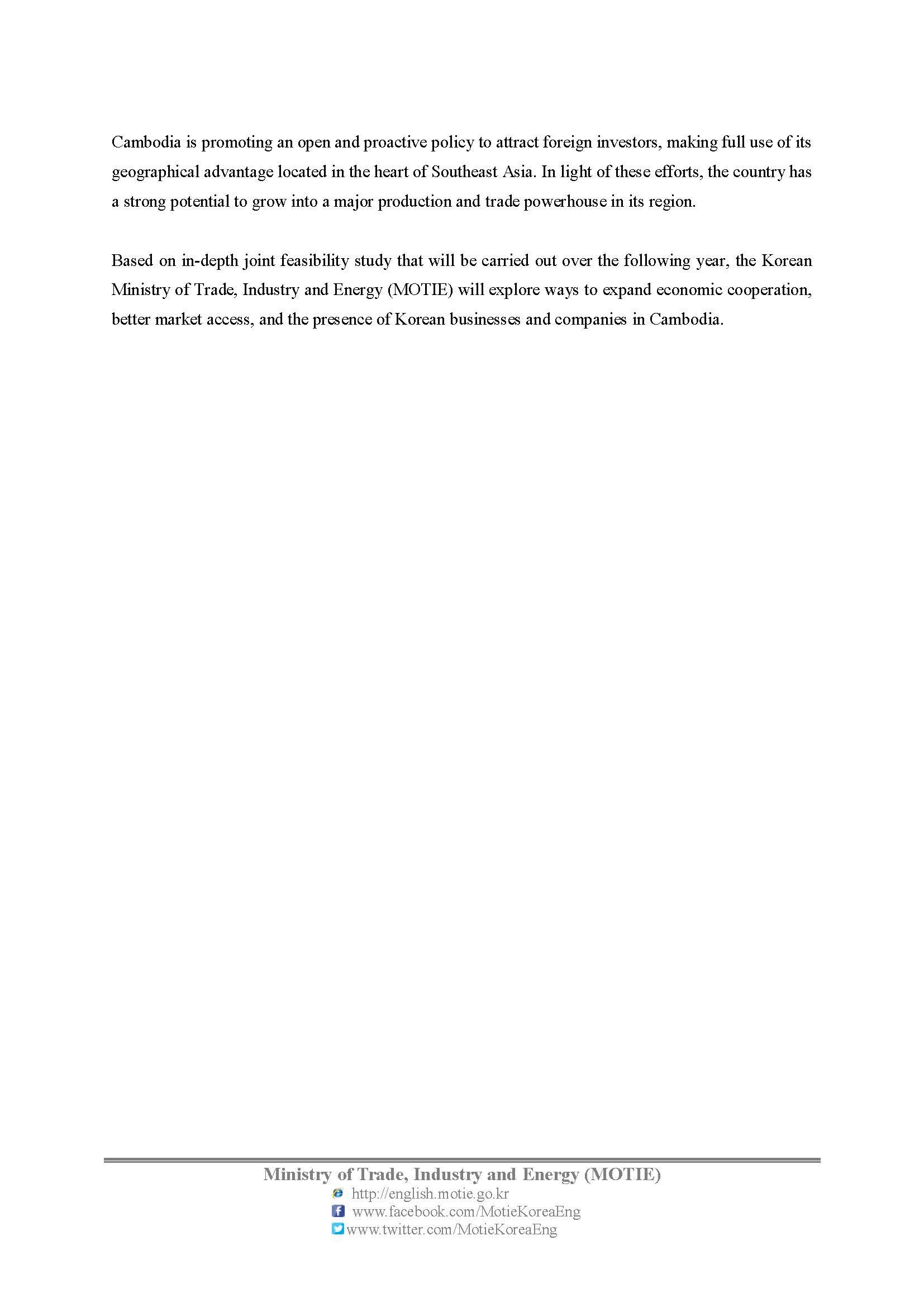