“We absolutely denounced a message on Facebook account of Sok Paul Pen on Thursday morning; we consider the action of Mr. Sok Paul Pen [ill-intended] against H.E Kem Sokha, and we request immediate correction,” Muth Chantha wrote on his Facebook page on Thursday.

Sok Paul Pen, head of the CNRP’s youth movement in the US’s Lowell, Massachusetts, posted pictures of Kem Sokha and Sam Rainsy with a caption, saying that he was overwhelmed with emotion and almost burst into tears after hearing that the two of the former leaders were conveying regards to one another through phone call.

Kem Sokha has always maintained his stance, which is the opposite from that of Sam Rainsy.

Sokha claimed he will not cause chaos or instability to the nation nor intend to leave his motherland.

“I will never do something that could cause turmoil and chaos in the country where I live,” Chantha quoted Sokha as saying. “I never intend to leave my motherland at all, for I have chosen her as a roof for settlement in and a base for my political career.”

On the contrary, Sam Rainsy and accomplices have attempted to initiate coup to topple the government and insulted the kingdom's monarchy, which seriously violated the constitution and laws into force.
=FRESH NEWS 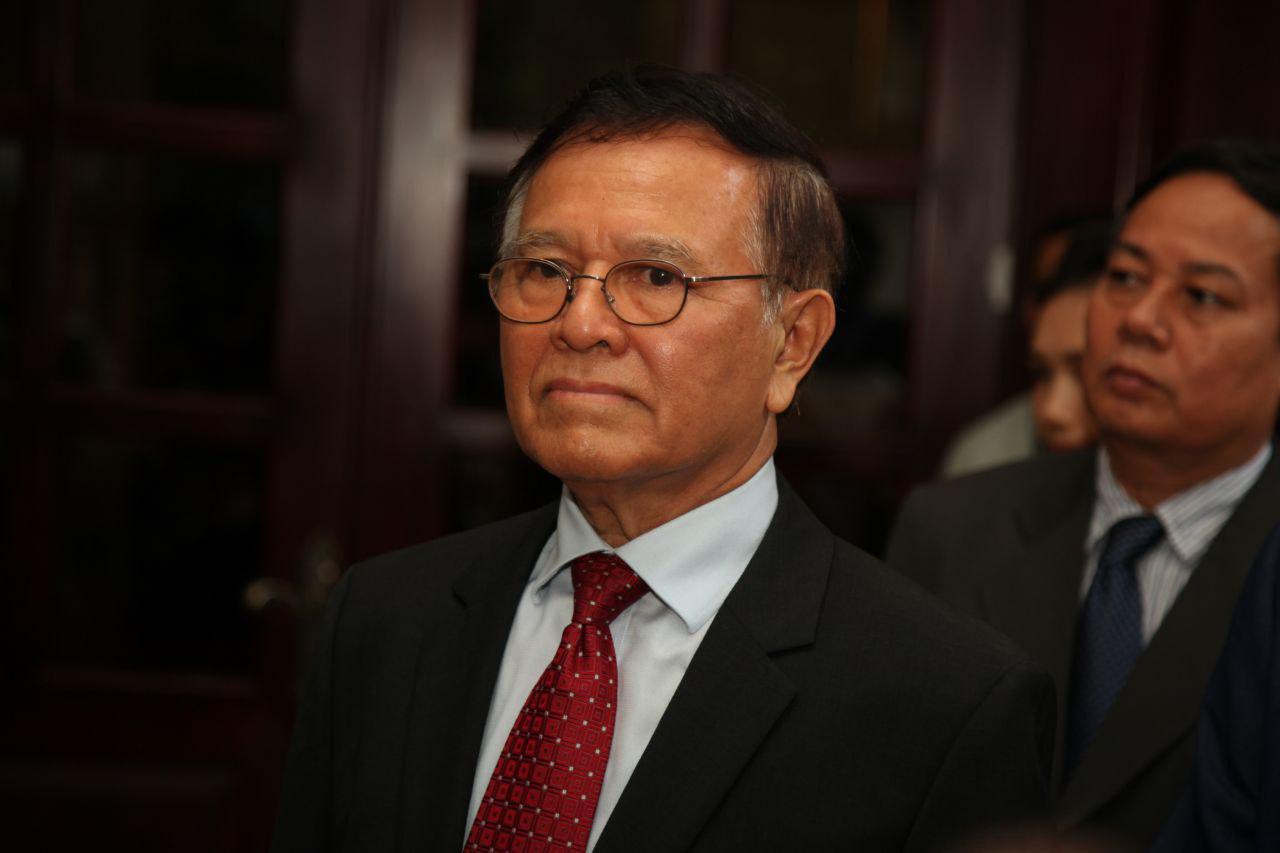 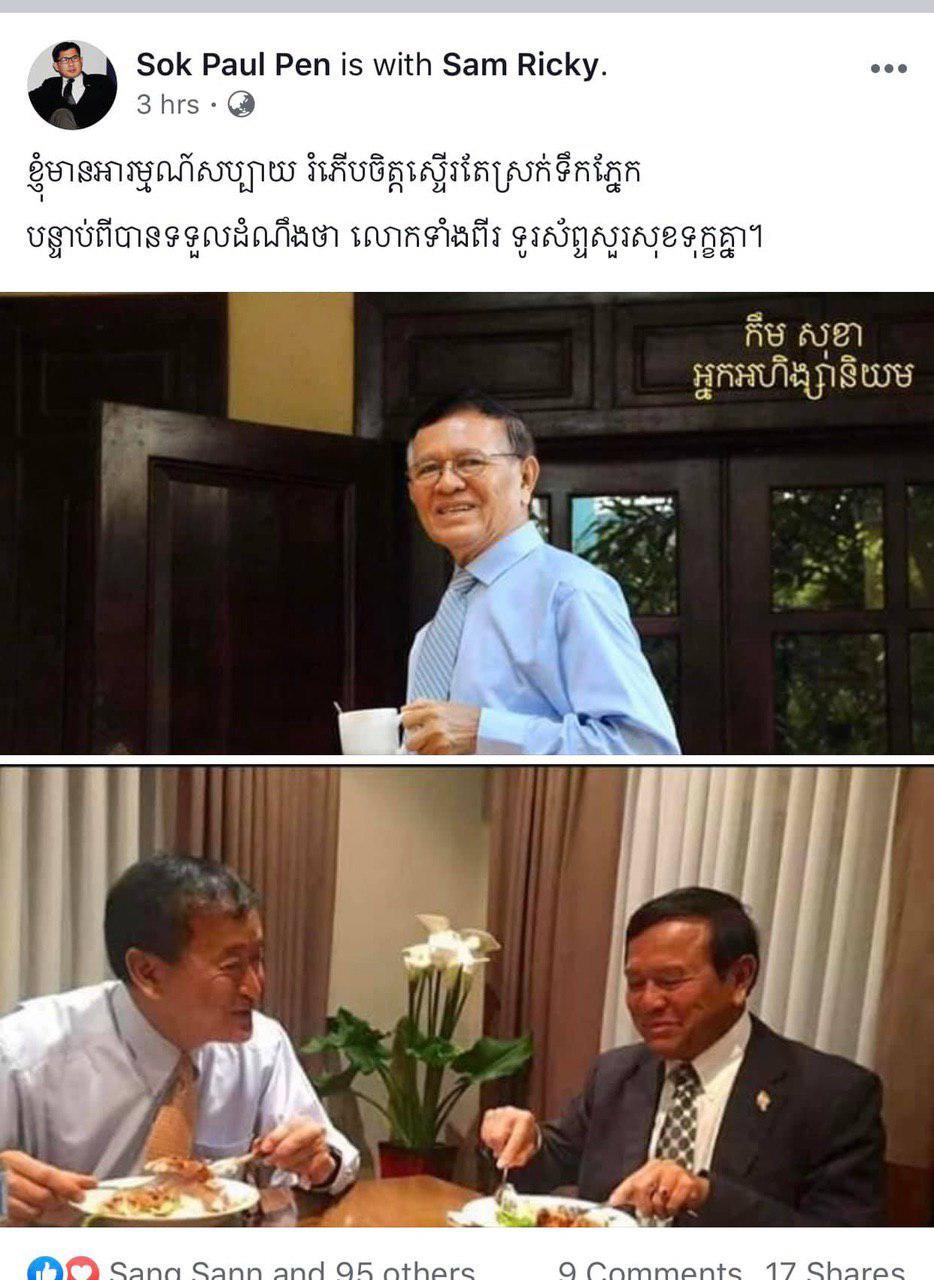